It’s hard to imagine that only a couple of months ago, people were complaining about having to go to school or work. Now it seems that everywhere I look, people are searching for excuses to go out and do something other than sit around at home.  The forced closure and restrictions on businesses and schools […]

It’s hard to imagine that only a couple of months ago, people were complaining about having to go to school or work. Now it seems that everywhere I look, people are searching for excuses to go out and do something other than sit around at home.

The forced closure and restrictions on businesses and schools have emphasized the necessity of such institutions in society.  Not only do work and school provide human interaction, but these environments facilitate mental growth and learning. Additionally, they provide a place to work, a way to compartmentalize and separate work from life at home.

For the past two months, I have been social-distancing with my parents, older sister Michaela ’18, and younger brother Patrick (’22), as well as our dog Freya and cat Leo. Sharing a space with so many individuals has led to some unique challenges that my family didn’t have to worry about before the quarantine.

Like many other families, we’ve had to learn to adjust to working in a shared space without getting on each other’s nerves. With my sister home from college and my dad now working from home, my house has been significantly busier and louder since the start of the stay-at-home order.

My family has found that the best way to maintain a sense of organization is to dedicate a room to each person and work individually; then, at the end of the night, we come together for family dinner to talk and play games.

Mary Melarkey (’20) comes from a family of six and has struggled to adjust to the constant craziness that occupying a house with her family has provided.

“In my house, with online school and my mom working, we have five people on our Wifi at any given moment,” she states.

She claims that sharing a room with her sister Maggie (’21), has made Zoom calls and tests difficult since their classes overlap. Additionally, Mary helps look after her younger sisters, especially Elle Melarkey, who recently celebrated her eleventh birthday with a drive-by party.

Mrs. April Melarkey, who works as a college counselor for CB, has had to create a makeshift workspace in their kitchen since she no longer has access to her office at school. While Mary sympathizes with her mother, claiming that her mom “has difficulty with my younger sisters’ volume and the cats getting on top of her workspace,” she also states that the kitchen setup has made it difficult to get food at normal times.

Where Mary and I have had to adjust to living with more people, Anna Urias (’20) is an only child who has found working from home very quiet. With her parents occupied by other tasks, Anna states that her study sessions have been pretty much silent. She misses the lively atmosphere that classrooms provide, and has taken to creating her own background noise at home to mimic the sounds of being in a classroom.

“I’ve found that it’s almost too quiet, so I play YouTube videos in the background to help,” she reveals.

Students aren’t the only ones who have had trouble adjusting to a new environment. Teachers are also trying to learn how to educate without the traditional classroom setup they’re used to, which can be even more challenging for teachers who have young children at home.

Religious Studies instructor Mrs. Mary Alice Spinelli states that not only has she had to reconfigure her teaching methods, but she’s also had to learn how to build her schedule around her family’s needs as well. She has two daughters, a four-year-old and a seven-year-old, who like to pop into her Zoom calls, including the call I used to interview her.

“It’s nice when you’re at school because the bells tell you what to do, but at home, you don’t have that luxury,” she notes. “I’m just trying to plan ahead as much as I can.”

Like Mrs. Melarkey, Mrs. Spinelli didn’t have a dedicated workspace and had to shift her work area to her music room. Her current work has mostly consisted of grading, which has become more time-consuming now that all the assignments are submitted online.

As a parent, Mrs. Spinelli misses her daughters’ teachers. Not only is she still teaching her high school classes, but she is also working to make sure her daughters are also still learning. While the situation is not ideal, she feels that working from home has been a valuable experience that has led her to learn more skills that will aid her in the future.

I was also able to meet with social studies teacher Mr. Vince Leporini and his family for a socially-distant interview in front of his house. When I asked him how he was transitioning to being both a parent and a teacher, he jokingly responded, “there’s a reason that you only take your kids to work one day a year.”

He has found that trying to parent and teach at the same time is unsuccessful, so his solution is to take care of his children in the day and work at night after his kids have gone to bed. His strange schedule has allowed him to be very sympathetic and flexible with his students, and he’s grateful that his students have been patient with him in return.

“I cannot necessarily digitally teach in the way that I want to,” he states, “because most of the ways that I would want to digitally teach would take a summer to plan.” While some teachers have been making videos to replace lectures and having Zoom conferences to digitally recreate a classroom setting, Mr. Lep finds that taking those steps is not as feasible for him due to his role as a parent.

Like Mrs. Spinelli, Mr. Lep has found that it is “way more time consuming to create new plans and then execute them all at the same time.” He is grateful that Christian Brothers has been implementing online resources for many years now, even if some teachers have been unwilling to embrace them until now.

Mrs. Carla Albrirght (’04) has had a similar experience to her coworkers, as she has discovered that simultaneously parenting and teaching is no small task.

“My husband and I had to figure out how to manage the Zoom calls, kid routines, and basically household chores with managing full-time jobs,” she expressed. “Sadly, the kids are getting used to us being attached to laptops in the day at different times.”

Similar to other teachers and administrators, Mrs. Albright has had to make do with various different workspaces. “As I answer these questions I am in the middle of my couch with two little ones trying to ‘help’ by pressing buttons,” she confessed. Yet, she doesn’t seem to mind the change, claiming it reminds her of being a high school student again.

“Teachers…pshh, we work anywhere,” she revealed, after stating that she had created spaces for her children and husband to work from home.

Although she misses working at school and seeing her students, Mrs. Albright has enjoyed being at home with her children and being able to watch them grow.

“I just don’t want my job to affect my ability to be a mother…in the last month and a half, I have watched my kids learn new things, observed their hobbies closer, and had more time to eat as a family. If that means slowing down in the hours they are awake and pulling out my laptop and iPad to work late into the night, then so be it.”

While staying at home is not how anyone expected the school year to end, it hasn’t all been bad. For students, it has been a lesson in time-management and a glimpse at the future for seniors going off to college; for educators, it is a chance to experience a new way of teaching and a way to learn new skills with technology. It has also given families a new way to connect and working parents more time to spend with their children. 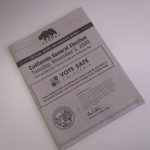 Community
Puzzling Propositions: A Breakdown Of The 2020 California Ballot Initiatives 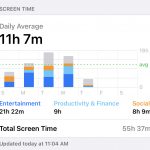 Community
11 Hours, Seven Minutes: Why Do We Spend So Much Time On Our Screens? 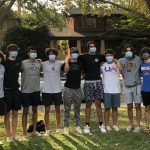