You are here: Home \ Arts \ Featured Posts \ The Era Of iC Orbit
Arts
0

The Era Of iC Orbit

If there is one thing that is universally true about Christian Brothers, it would be that it is overﬂowing with an immense amount of student talent. One individual who makes this ring true is Nick Fernandez ‘20, also known as iC Orbit. He possesses a wealth of musical expertise and chooses to share his creations […] 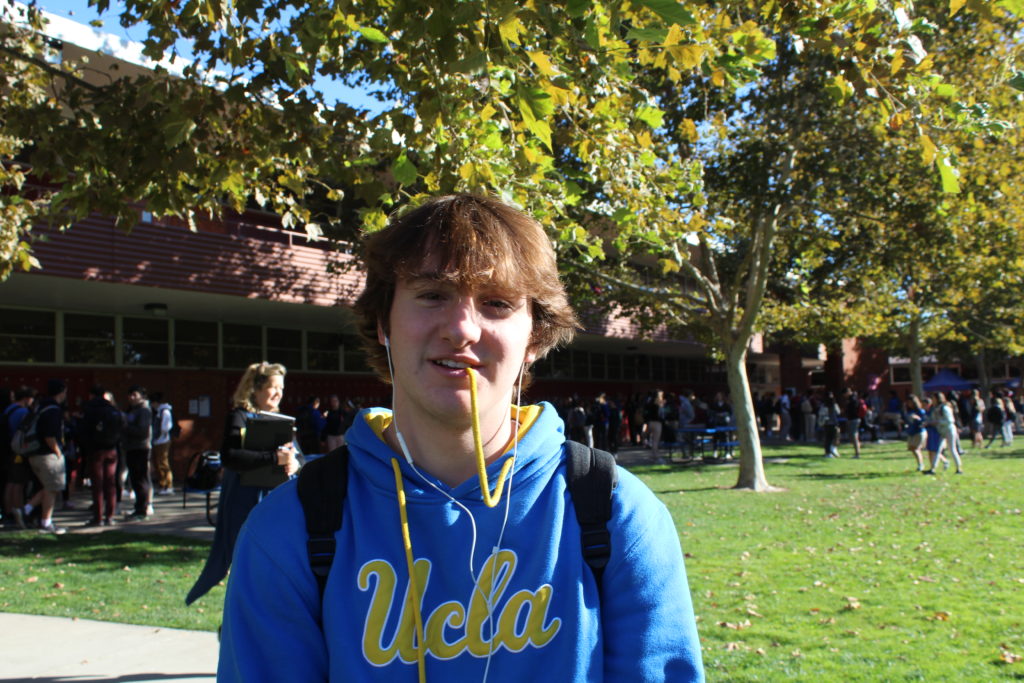 If there is one thing that is universally true about Christian Brothers, it would be that it is overﬂowing with an immense amount of student talent. One individual who makes this ring true is Nick Fernandez ‘20, also known as iC Orbit. He possesses a wealth of musical expertise and chooses to share his creations using the music-sharing platform SoundCloud to inspire listening ears. This talented and thriving artist gave the Talon insight on what it is like to be a student at Christian Brothers while also making time for his art.

Orbit’s journey to becoming a successful artist started in December of last year when he started making music seriously. He admits that he uses his music as an outlet for his creativity and what he is feeling. He wants to inspire people with his music and touch people with his lyrics, which is what he tries to incorporate while writing them.

“There are people and situations in my life that just go well with my music, so when I include that in my writing process, it makes something great,” he says. “But writing lyrics is a lot of work, it’s extremely difficult.”

The process on choosing the rap name “iC Orbit”began long before he released his first track. He was casually making music while still pondering names to choose, but not finding one that fit. Once Orbit started making music seriously and released his ﬁrst song, he found inspiration from another fellow rap artist Kodak Black.

“I dropped my first song around the same time when Kodak released his song ‘Transportin”. I was vibing with the intro ‘pocket so fat call me orbit’, so that’s where I got the Orbit part from. The ‘iC’ part is fairly new and it means one hundred. I keep it real all the time. This new name encompasses what I’m trying to do musically moving forward.”

In order to stay new and exciting in the rap game, Orbit has to continuously ﬁnd a way to set him apart from the other talented artists in the industry as well. He has had almost a year to make his true distinct sound to what it is today, and he admits that even now he is still always changing it up.

“A lot of my earlier stuﬀ was just me trying to put up a front about a lot of things that I wasn’t really about, and now I’m really trying to give myself a rebirth. I’m now completely honest with my music and I no longer have a front, I’m not about that anymore.”

Now that Nick has given his rap persona a “rebirth”, he is striving to make music that truly showcases who he is as a person and who he wants to be in the future.

“My music almost mirrors who I am. I’ve made improvement, I’m not there yet but I’m gonna get there,”he says. “I think I have improved on being true to myself and to others about who I am.”

Trying to keep up with the rap game is hard on its own, but Orbit has to also maintain his grades in school and explains that juggling his two worlds is not as easy as some may think.

“I get most of my homework done in class or at school so I have time for my music and myself at night. Some nights I can do that, but it just depends.”

But in the end, all of the struggle all worth future benefits. Nick found a career choice that he loves and he’s prepared for the long nights and hard work involved in his music because he knows one day he’ll reap all the benefits.

As far as the future is concerned, Nick is planning on taking iC Orbit all the way to becoming a professional artist.

“My plan, my master plan, is to go to community college and continue to make music there, and hopefully by then I’ll be poppin’ at least enough to get paid and make some money.”

For now, Nick is going to continue to promote his music and to inspire all those who listen to it. He appreciates the people who have helped him get to where he is today and hopes to gain more listeners as the years go by.

“It’s all love, everyone who has been vibing with me since the beginning, thank you.”

This aspiring music artist has a lot of works underway such as new music, merch, and concerts. He has a lot ahead of him and with his driven mind and charismatic attitude, we here at the Talon have no doubt he’ll make it big.