The Hidden Gem Of The Senior Class

Maybe Jesuit beat us at Holy Bowl, but a high school football game does not begin to compare to what what we took from them. Unfortunately for Jesuit, they only got to bask in the shine of Nick Kennedy (‘19) for one short year until he came to the better side, our side. If only […] 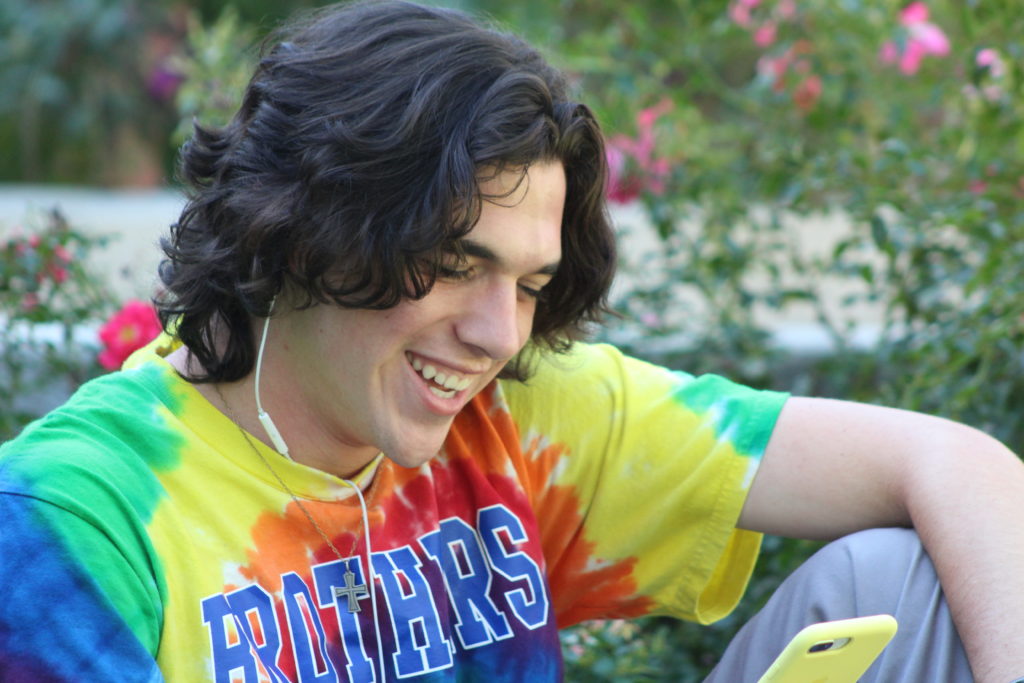 Maybe Jesuit beat us at Holy Bowl, but a high school football game does not begin to compare to what what we took from them. Unfortunately for Jesuit, they only got to bask in the shine of Nick Kennedy (‘19) for one short year until he came to the better side, our side. If only Jesuit knew the significance of their loss…and our gain.

Nick transferred from Jesuit at the beginning of his sophomore year. During my sophomore year, I had a couple of classes with Nick, and it was not long before I became intrigued by this newbie on campus. I remember getting chills down my arms the first time I heard Nick’s prominent, poised voice booming through class. As I began to pay closer attention to this intellect, I decided to follow him on Instagram. I was eager to discover the many layers making up this clearly extraordinary individual.

Nick’s Instagram feed highlights his many unique passions and talents. If you have not already, I suggest giving Nick a follow so you can see exactly what I’m talking about — it’s pretty amazing. This artistic, creative mind is drawn to poetry, music, and media production. Nick first took an interest in poetry during his sophomore year and decided to give this abstract, emotional writing form a shot.

“I can say things in poetry that I can’t say anywhere else,” he shared. “My favorite poet is this guy named Rumi from Iran and his poems are beautiful.”

Once Nick found an inspiration, the sky was his limit. Now Nick has developed an individual poetic voice which he uses to express his innermost thoughts and feelings. I mean why simply say something if you can capture it on a deeper level in writing?

Poetry is not the only creative writing style that consumes Nick’s interests. “I’ve always wanted to write and direct movies for the rest of my life,” this master with words attests.

Nick dreams of studying film production at NYU or UCSB next fall. He is intrigued by this major as it is “different from general film studies…film production actually teaches you how to make the movies.”

“Being creative and making things that can express emotion in ways that normal life can’t has been really important to me and I want to be able to do that for other people,” he says.

Fast forward 10 years from now; acclaimed mastermind Nick Kennedy paces through his Hollywood set, writing and producing the film of the decade. I can already imagine myself sitting front row with a bag of popcorn, watching the premiere of his first movie. 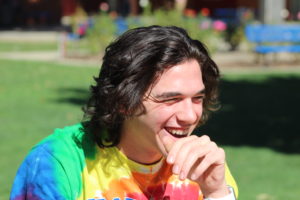 However, I will not be sitting in my VIP seats alone. Elise Ledesma (‘19), one of Nick’s closest friends and biggest supporters, will surely be right next to me.

“I can’t even explain the presence Nick brings anytime he is with other people, but it’s nothing like anyone I’ve ever met before,” Elise shares

After listening to a song or watching a film with Nick, Elise is always struck by his distinct opinions and perspective.

“I think he takes small things like music and pieces of art, and he sees things that other people just don’t even recognize.”

I remember once listening to Frank Ocean in the car with Nick and Elise. He pointed out the slightest change in beat in the background of a song that was barely audible; I was in awe. After being in many classes with Nick for the past two years Elise recognizes that “he is not only respected by his peers, but his teachers recognize his immense potential and individual voice.”

Even if you can only hear his voice, you immediately know it’s Nick. I think I speak for my entire E set American Literature class last year when I say most of our hands went straight down after Nick would share his intuitive and sophisticated opinions about a book. We knew there was no chance we could top what Nick had said.

Ben Anin (‘19), a friend of Nick and fellow lover of media, has witnessed much of Nick in his artistic element.

“Just his character and personality suit him to express himself in such a distinct way,” Ben shares. That is probably why Nick has starred in plays and musicals in Sacramento for most of his life.

“I think the fact that he hides how intelligent he is, he doesn’t try to rub it in your face,” Ben says with certainty. “He is a person that pretty much everyone loves.”

Well no wonder he is so widely loved, how often do you stumble upon such an awesome person who is also so humble?

A hidden gem like Nick Kennedy cannot be ignored. For all who haven’t gotten to experience Nick yet, you are missing out. If you see him passing through the halls, I encourage you to strike up a conversation — you will not regret it. If all of CB knew Nick Kennedy, there would not be a single vacant seat in at his first movie.