Cecelia Sidley (‘19) and Jessica Hennelly (‘19) have been playing softball together for 10 years, but they never imagined that they would play together for almost their entire softball careers. They started playing Pocket Little League together in 2nd grade and now play together on Christian Brothers Varsity Softball team. Through their competitive team, California […] 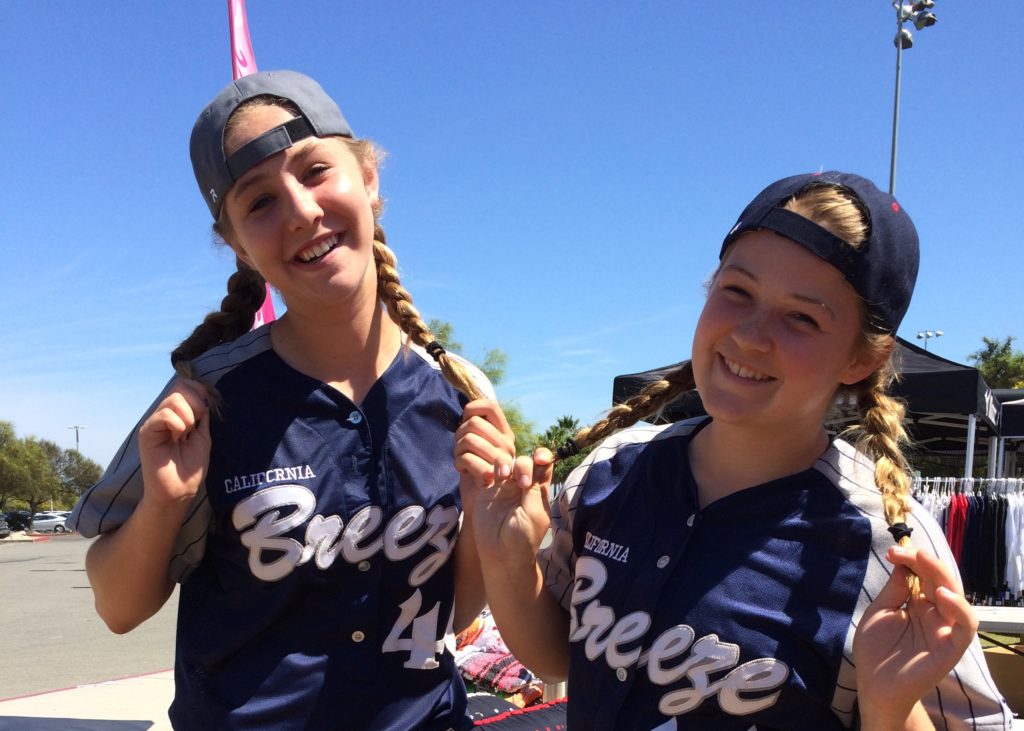 Cecelia Sidley (‘19) and Jessica Hennelly (‘19) have been playing softball together for 10 years, but they never imagined that they would play together for almost their entire softball careers. They started playing Pocket Little League together in 2nd grade and now play together on Christian Brothers Varsity Softball team. Through their competitive team, California Breeze, these girls have worked with their teammates to win national titles and impress college coaches around the country. 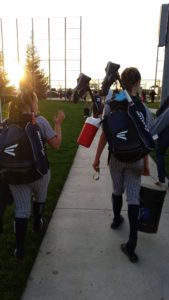 Cece and Jessie leave the field after a long day of softball.

Over the years, these girls have learned the ins and outs of each other’s gameplans. When one of them goes through a slump or a rough game, Jessie knows “what to say to pump Cece up.” Cece gets “even more excited when Jessie makes a diving play than anyone else on the field.” Their dynamic has helped their competitive team win national titles and compete with the best of the best.

When these girls were looking to play softball in college, the University of Rhode Island wasn’t on either of their radars. Cece explains the peculiar circumstances of her recruitment process.

“Usually, you email [a school] a thousand times, you get phone calls, and you go to camps before you [commit]. But [the offer] came completely out of the blue.”

Once Cece verbally committed, URI saw her competitive team play in a tournament and made another offer to her teammate, Jessie.

The grind never stops for these two players, who are excited to hit the field for the Rams in spring 2020.

“I’m most excited for the athletics programs like going to college sports games,” Jessie says. “Our softball goal is to win an Atlantic 10 championship.”

However, not everything is about sports for these softball studs. On her unofficial visit to URI, Jessie loved “the facilities, the kinesiology building, and meeting all the teachers.” URI offers a unique access to internships and student teaching in its kinesiology program, which is important to Jessie, who is considering a career in postpartum nursing.

On her visit, Cece attended an honors class about the history of the Cold War. 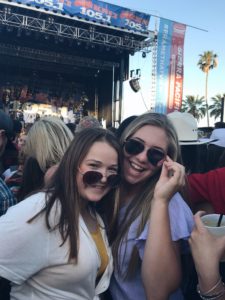 These girls are soul sisters on and off the field.

n and they gave different perspectives on the Cold War. It was crazy, I’ve never been in an academic atmosphere like that.”

Cece is interested in Political Science, and plans on becoming a policymaker. She “loves the feel of a New England school,” and feels that “going to the east coast would help with [her] major because our country was founded there.”

Although Jesse initially wanted to stay on the west coast, she won’t be completely out of her element on the East Coast.

“My extended family lives on the east coast, so it’s kinda like going back home for me. Cece is also a part of my family so it’s like I’m moving with a family member which helps a lot.”

Despite their evident excitement for the next four years, they’re grateful for all the great times they’ve had in Sacramento. Jessie will miss her teammates the most because “everyone is going all around the country to their own colleges.”

Cece fondly refers to the teammates that she has played with since age 11 as her “second family” who she miss miss greatly when they go their separate ways.