Whether you’re cheering in the stands at sports games, watching the girls lax team take the dub, participating in a class retreat or just walking around campus, there is a great chance you have interacted or heard of the well known senior Jules Fuhs (’18). To many, she is known for her school spirit, and […] 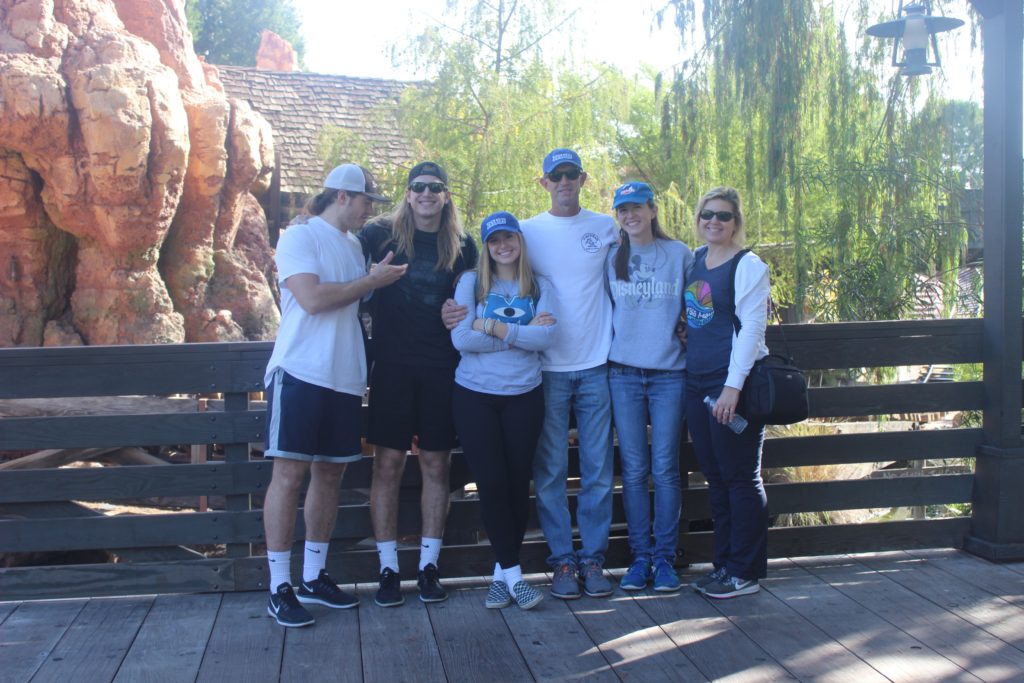 Whether you’re cheering in the stands at sports games, watching the girls lax team take the dub, participating in a class retreat or just walking around campus, there is a great chance you have interacted or heard of the well known senior Jules Fuhs (’18). To many, she is known for her school spirit, and to others she is known for her amusing jokes on KBFT.

Over the past four years, Jules has gained a reputation of being not only energetic, fun and friendly, but one of the most active people on campus. She represents a variety of Lasallian traits while also involved in almost everything Christian Brothers has to offer. As an athlete, ambassador, retreat leader and God Squad member, Jules knows how to keep herself busy.

She takes pride in all of her involvements, but in high school, her favorite memory goes beyond what she put on her college applications.

“I’m all about school spirit so all of the Holy Bowls have definitely been some of my favorite times at CB,” she happily stated. “I love when all the CB community comes together to show how much we love our school.”

While Homecoming is supposed to be known as the time high school alumni rewinds the clock and remembers the best years of their lives, at Christian Brothers Holy Bowl is the event that does it instead. Jules hopes to return to her favorite CB event in the near future and watch the Falcons win while having the Class of 2018 right by her side. 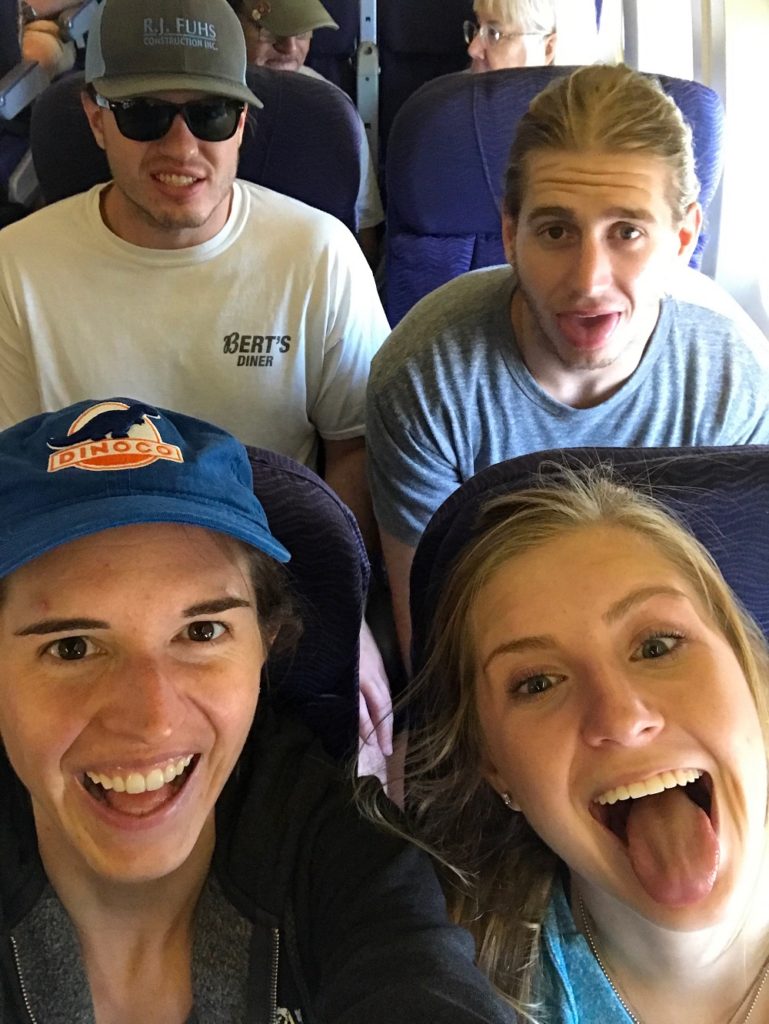 Jules with brothers Max and Jake and sister Macy.

Jules’ dad, Dean Fuhs ’86, was the first Fuhs Falcon. A couple of years later, Jules’ uncles Ricky Fuhs ’88 and Jamie Fuhs ’99 attended Christian Brothers. Max Fuhs ’13, Jules oldest brother, was the first child of Jules parents to attend CB as Jules’ oldest sister Macy went to St. Francis instead. A few years later, Jake Fuhs ’16 joined the nest right before Jules did two years later. For some, having a family legacy can seem intimidating when you have to uphold your family’s reputation. But for Jules, she was proud to continue on the Fuhs name.

“It’s fun because I get to hear stories about how CB has changed over time, and it’s also really funny to hear how some of the teachers were in the past,” she said.

Jules got the chance to go to school with her brother Jake when she first came to CB. When she was a freshman, Jake was a junior.

“It was fun going to school with my brother because his friends would always call me little Jake or little Fuhs in the hallways and it made me feel really comfortable coming into the CB community,” Jules stated. “I always had someone at school who could help me out if I needed anything, so that was convenient too.”

As a family clearly fond of Christian Brothers, Jules’ parents gave their insights on how this community continues to impact their family. ”

I wanted to have my kids attend CB because of their Catholic values, high academics, and close knit community,” Angie Fuhs says.

Family is an important aspect of the Christian Brothers community, which is why it is popular among students to have siblings or even parents that have graduated CB in the past. There are several events throughout the school year that encourage CB families to come for fun and spend time with each other and other CB families too. The Fuhs family has definitely made appearances at almost every event, and shared their most favorite ones too.

“The family dance is most memorable for sure, [and] homecoming games, attending sports games, back to school nights and the auctions,” Dean Fuhs says. 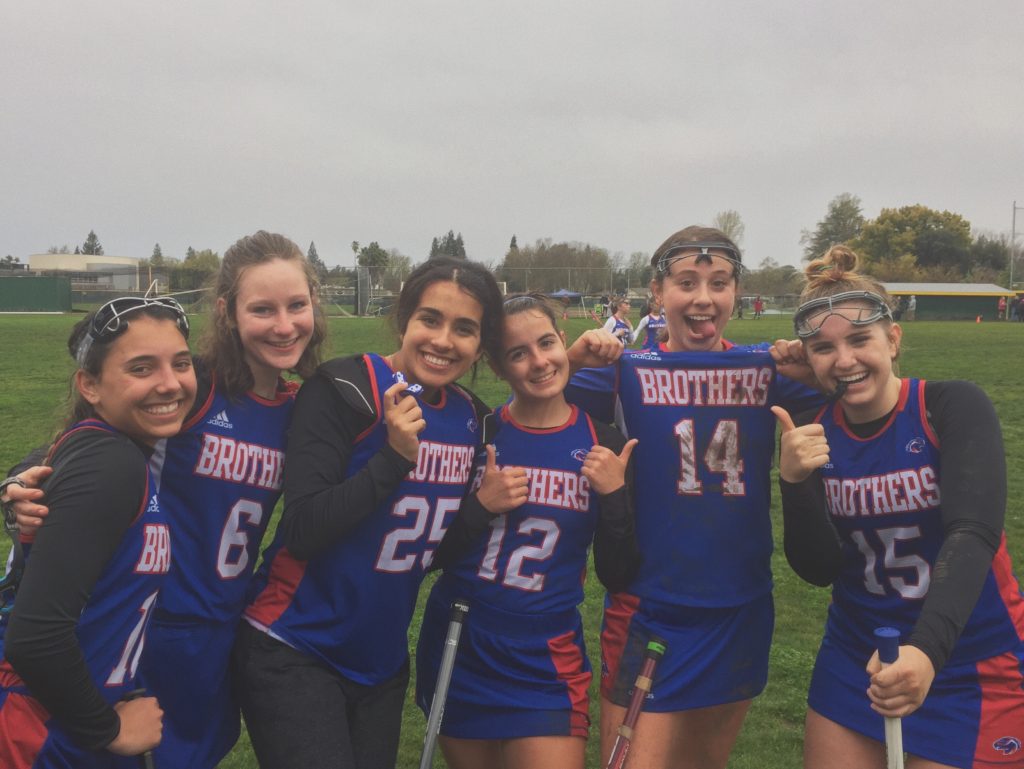 Jules and her varsity lax team this year.

As Jules prepares for the next chapter in her life, her parents reminisced on all Jules has accomplished throughout high school. They enjoyed watching Jules on KBFT and during her sports games, but find it bittersweet that she is moving on as the last Fuhs family member to graduate Christian Brothers this year.

“We are really excited for her and her next chapter in life,” they both said. “It’s sad and exciting at the same time [because] we won’t have anymore kids in the school around us but it’s exciting for her to go away to college.”

Having three kids attend CB within a small range of years can create memories with the community, students, and teachers. One particular teacher, Mr. Thomas Capogreco ’86 not only happened to teach all three of the Fuhs kids during their time at CB, but also graduated with Jules’ dad. Teaching siblings is one of Cap’s favorite things to do as a teacher. Right when school starts, he asks his classes “Have I taught any of your siblings?” and loves discovering the families that return to the Christian Brothers community. Last year, Jules raised her hand and her and Cap have bonded ever since.

“I’d say Max was pretty quiet, but a good student,” Cap stated. ” Jake and I both had the long hair rocking together, and we both had similar taste in music which was hard rock and metal, so we were able to connect in that level.”

While Cap and Jake bonded over loud music and long hair, Jules and him have recently had a more closer connection.

“I had Jules last year and probably became the closest with Jules because she was my Kairos co-leader and we’ve been working together in senior video,” Cap says.

Creating memories and bonds with students’ is one of Cap’s most rewarding parts about teaching. Several students would say he isn’t only a teacher, but a friend and role model. Since knowing Jules the last two years, the Spanish teacher has made some memories that will last a lifetime. 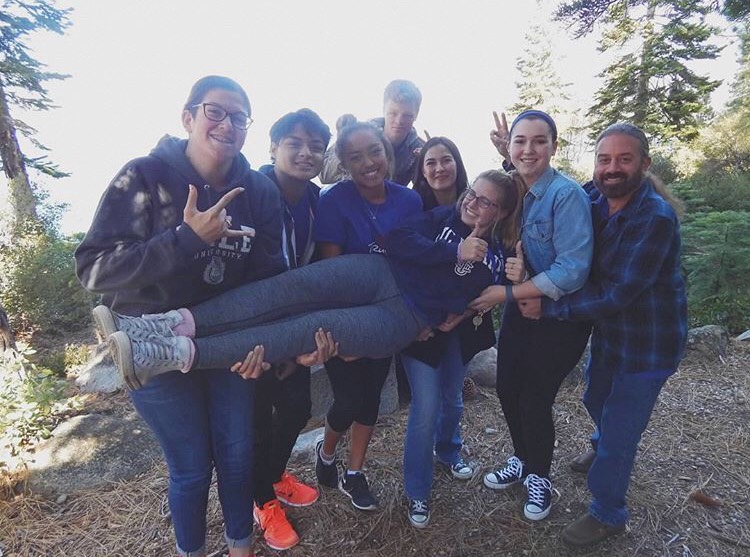 Jules and Mr. Cap on Kairos 67 with their G8 group.

“My favorite memory with Jules would have to be either last year when we sang as a class and I had my guitar and Jules was one of the catalysts for that happening,” he said smiling. “”That memory will always be in my head or last semester when I lead Kairos with Jules as my co-student leader. I will always remember that.”

The bond between a student Kairos leader and adult Kairos leader is unforgettable. As one of Jules’ and Mr. Cap’s retreatants on Kairos 67, I can personally say that the bond they created after leading together was priceless. They both established a welcoming and sentimental experience for me during Kairos, as well as the rest of our G8 group. I will never forget the impact both Jules and Mr. Cap had on my Kairos retreat and thanks to them, will always aim to Live the Forth.

Teaching several siblings can often cause the teacher to pick a favorite. Since Mr. Cap has had three Fuhs kids recently, I had to ask him the question everyone’s been thinking.

“If I had to choose, Jules is my favorite Fuhs,” Cap said laughing.

Who can blame Cap? Jules is honest, determined and fun-loving. When I asked senior Nina Vitorelo (’18) three words to describe her best friend of 15 years, that’s what she said as well.

Nina and Jules went to school at St. Elizabeth Ann Seton in Elk Grove together starting in Kindergarten. Their friendship has always been strong, and they have shared countless memories together as best friends. 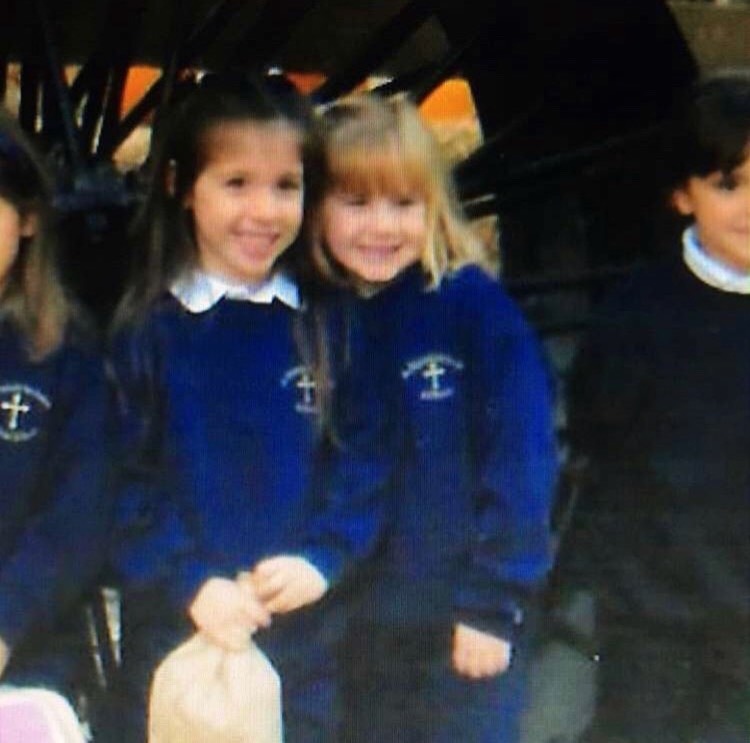 Jules and Nina at St. Elizabeth in kindergarten.

“I don’t think there’s a specific memory that was my favorite because we have so many,” Nina said. “Just all of the fun times spent at school together and one that stands out is when we dip dyed our hair and posted a video of it on Instagram,” Nina said laughing. “It’s when Instagram videos first came out so of course we had to make one, it’s still on there too @ninavitorelo”

Friendships like Nina’s and Jules’ will last a lifetime. They shared their childhood experiences together, grew up together, and are going to share high school graduation with each other. A friendship like that can never be broken, and knowing Jules and Nina, they will keep it strong. Even though they’ll be 571 miles away from each other next year, they both hope to stay in touch and be friends for the next 15 years and beyond.

Jules family legacy has done more than just having teachers make first impressions based on her last name or already knowing where everything is on campus — it has shaped her into who she is today. Being surrounded by the Christian Brothers culture her whole life can be sentimental as she says goodbye.

“I’ve had so many opportunities to get involved in different activities at CB which has lead me to find someone my favorite hobbies and things that I want to continue for the rest of my life” Jules said. “I’ve matured a lot and become much more independent. All my high school experiences have really shaped me and I wouldn’t be the same person if it wasn’t for CB, and I’m really grateful.”

Jules shared some wise words of wisdom to the incoming senior class, the Class of 2019.

“Get involved as much as you can!” Jules shouted. “You won’t regret it at all because joining clubs, sports, and different groups can introduce you to new ideas and people”

Jules plans to attend Gonzaga University this fall majoring in Applied Communicative Studies with a minor in Special Education. As the last Falcon of the Fuhs family flies far away, be sure to wish her good luck on her future journey and beyond.