Drawing The Curtain On A Theatre Career

When I first stepped onto campus, I had three friends and a pixie cut. I furiously typed my copious notes for Mr. English and tried not to get dress coded by Ms. Shackel. I didn’t do much outside of school. I didn’t know very many people, and I lived far away. I had no idea […] 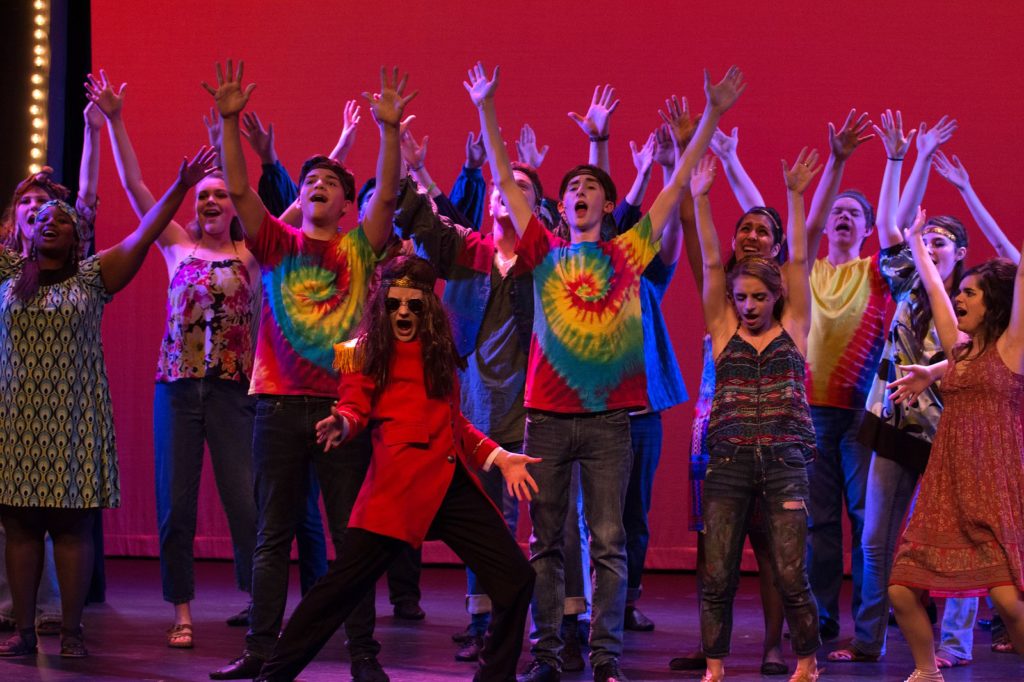 When I first stepped onto campus, I had three friends and a pixie cut. I furiously typed my copious notes for Mr. English and tried not to get dress coded by Ms. Shackel. I didn’t do much outside of school. I didn’t know very many people, and I lived far away. I had no idea that theatre would be the thing that brought me out of my shell and that it would be the place I would call home in the end.

When Jacob Cherry (‘18) asked me to audition for One Acts my sophomore year, I was terrified. I was not outgoing, and didn’t think I could be any good at acting. Despite my fears, I auditioned for One Acts and got in. Jacob’s one act “Detective Man” and Tori Davis’ ’17  “From the Ashes.” Jacob’s show was about a detective, Detective Man, trying to solve the mystery of the “Dinner in Bed Hotel.” I was his awkward, nerdy intern (who basically solved the entire crime, without little regard, thank you very much). “From the Ashes” was about a tormented artist named Ingrid, who was haunted by the paintings she made, until she finally had to overcome her ghosts and move on. These two shows, plus Ian Ferrell’s ’17 “Ask,” were the main features for our show that year, but the main feature behind the scenes were the actors.

Immediately I met so many quirky people, including Nathanael Filip ‘16 and Gabrielle Airola ‘17. I instantly hit it off with the two, and they soon became some of my best friends. While learning about how to own the stage, I also learned how to be more outgoing and confident in my own life. I had theatre class with Nathanael, performing scenes and skits together and we became great friends. Through these experiences, I was exposed to the crazy personalities of the theatre world and quickly fell into place as a “theatre kid.” 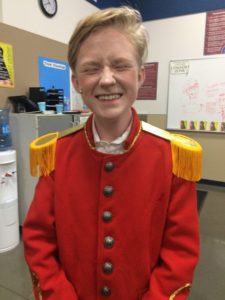 One of my best friends to this day, whose presence in my life has been one of great importance to me, is Ian Ferrell. Ian and I met before I auditioned for One Acts. We joke that we had “chemistry” because we had Mrs. Keller’s E set Chemistry class together. Ian taught me the importance of a laugh, even when the world seems to be turning its back on you. After I joined theatre, he and I grew even closer, and he was added to the list of my good friends.

People oftentimes joke that sitting by the theatre for lunch is for weird people, and in fact, it is. For three years I sat by the theatre, surrounded by some of my closest friends. Many of these people were theatre kids, and we studied last minute for tests, had deep talks, and most of all, joked. The people that I surrounded myself with are some of the funniest people I know, and I wouldn’t trade it for the world. Even sitting by the theatre I finally felt comfortable with who I was, and this was just the start.

But when Animal Crackers auditions came around, I didn’t join. I thought One Acts was my place, and that I could never join in on the fun of the super talented kids in the main stage shows. But one sunny lunch on a day of auditions, CB Theatre Director Mr. Michael Jackson approached me. He asked me why I didn’t audition and was adamant that I needed to.

So I auditioned – mostly out of fear.

When I got cast, I realized that most of my One Acts friends were also doing it. There wasn’t a day that went by where I felt unwelcome or less-than, despite my preconceived notions. No actor was better than the other — each of us had talents that contributed to the show, and this was what drew me in further. 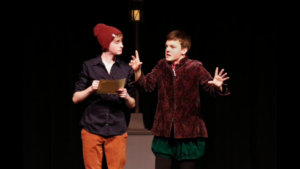 As the end of my sophomore year came, I came face to face with the reality of life. Okay, though it wasn’t that dramatic, I realized that some of my newfound friends were graduating. To me, this was a new idea. How could my friends leave when I just met them? Why are they going so far away? All of these questions were bubbling up, and I didn’t know how to answer them. Then I realized that next year I would lose more friends to college — oh what a time that was! But graduation came and left, and while I missed my friends, I knew they’d come back, and they did.

Junior year was in full swing, and I decided to try something new. With the One Act submission due date approaching, I thought I’d give it a chance. So I wrote a wacky show about a man who owned a theatre and a wicked man trying to undermine him. The show was casted perfectly, with Jacob as the goofy antagonist, and Nick McHale ’17 as the eccentric fool, just to name a few characters.

As showtime came, I felt more at home in the CB Theatre than I had ever felt before. Working with my friends in a different setting, one where I am in charge, allowed me to explore more about myself. It made me more productive and motivated to get things done. It made me more passionate because I was creating something entirely of my own. I created a world and got to see it come to life. This experience was one of the most rewarding parts of CB theatre.

When we started Sweet Charity not even a week after One Acts ended, that fear of “not being good enough” crept back into my mind. But as we began choreography for “Big Spender” and “Rhythm of Life,” I realized those thoughts were foolish. I definitely fit in the community, and it was my place to become who I wanted to be. Whether that was wacky one day or more business driven the next, no matter the mood or mindset, nothing would stop me from being loved by my peers. 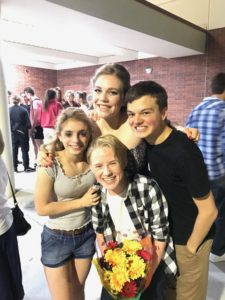 Senior year brought a whole different challenge. With Kairos, AP classes, and college applications, theatre was an added stress to my life. Though Hamlet was an amazing experience, it was intense. Hamlet is not the most positive of shows and playing Ophelia was a new (emotional) mountain to climb. With help from CB Theatre Instructor Ms. Heather Christianson ‘01, I was able to really delve into the character, and her expertise helped me produce a great performance. But the show brought a sadness upon me — maybe it was the bleak “know nothing November” or the melancholy monologues that made up the show. It was a time of deep remembrance of days past, with friends who had left and shows that had gone, and as Jacob played “Smile” for the last time, I thought about how beautiful this experience had been so far.

This last spring, I wrote and directed a One Act for a second time, this time exploring a darker side of the human existence. I wrote about depression, and how it can affect a person’s life. The main character was schizophrenic, relying on his past to get through the day, and even that was not enough in the end. Delving into this deep topic was interesting for me and for my cast. Working with them and understanding the meaning behind actions and words was insightful to what some people go through every day.

My favorite part of One Acts was the cast. Everyone was so inclusive — a living example of CB’s mission. Working with the cast in my One Act, watching everyone perform to the best of their abilities, and going to the theatre festival in Folsom were some of the highlights of the year. I’ve gone to the festival every year since I started, and watching my friends get awarded for their hard work in front of thousands of other high schoolers reinforced how great our program is. 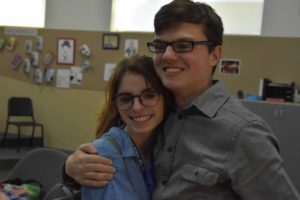 Jacob and I posing after a successful One Act run!

State Fair brought many mixed emotions. It was our last show, and it took a while to work up to our goal. The experience was bittersweet, and I left each rehearsal with the constant reminder of how numbered our days here were. As tech week approached, a whole new flood of emotions came over the cast, and we were bonded with the knowledge of our impending dispersal. Before the last show, there are “senior speeches,” where the seniors remember some of their fondest moments. There was not a dry eye in the choir room that day..

As the curtains closed for the last time on that Sunday afternoon, I remember just staring at the beautiful set. The stage lights still shone with a thousand memories, lighting my mind with the fond remembrances of honking horns, inside jokes, bouncing pearls, and the family that made me who I am today.

I stepped on that stage with no idea of what was in store for me, and was overcome with great sadness as I drew my last “good luck Harpo” and stepped off the stage to a new chapter in my life.

To the cast members and faculty that make CB theatre what it is, thank you.