The Wonderous Walter The Wallaby

It was halfway through the league season and our men’s volleyball team found themselves in quite a slump, falling into a gut wrenching three-game losing streak. With a stellar start to the season, it came as a surprise when the boys’ chemistry was struggling at the start of April. With loss after loss, the boys couldn’t […] 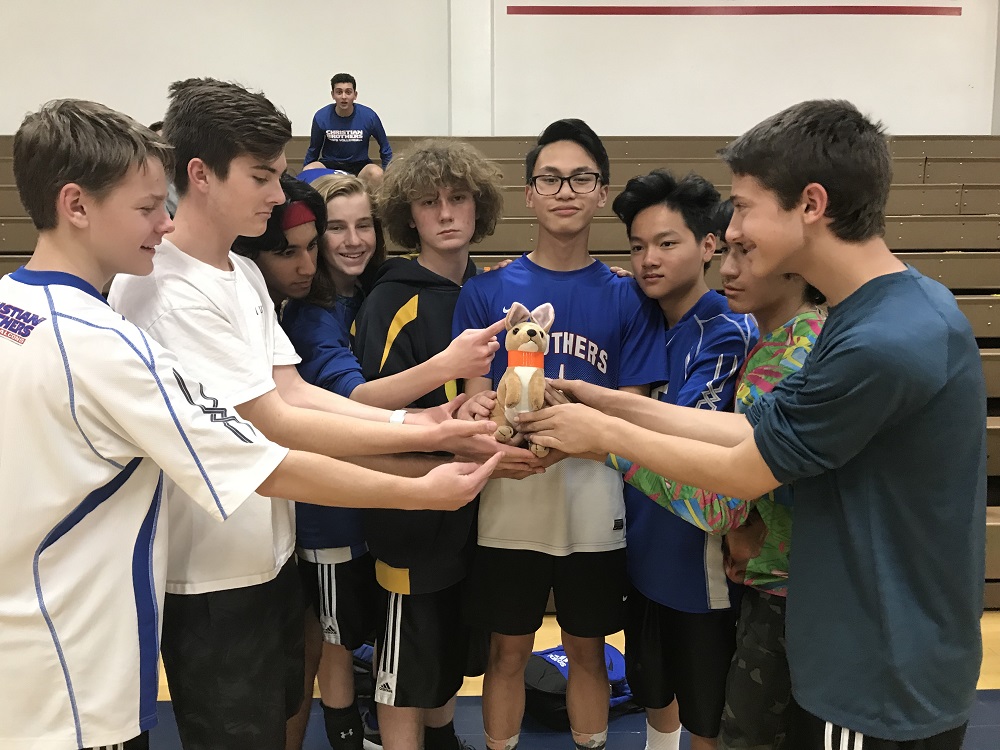 It was halfway through the league season and our men’s volleyball team found themselves in quite a slump, falling into a gut wrenching three-game losing streak. With a stellar start to the season, it came as a surprise when the boys’ chemistry was struggling at the start of April. 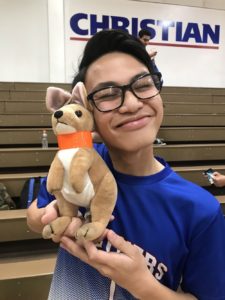 Proud owner Thaddeus showing off Walter after one of their game

With loss after loss, the boys couldn’t understand what they needed to change. Then superstar Thaddeus Nazareno (‘19) decided to take matters into his own hands. He thought his team needed some comic relief, so he decided to bring a new furry addition to the team in the form of Walter.

Before introducing Walter to the team dynamic, Thaddeus kept his teammates on the edge of their seats, keeping the anticipation of discovering Walter’s identity at an all time high. Before the team took the court to face the Mira Loma Matadors, Thaddeus announced to everyone that today would be the day the mysterious Walter’s identity would be revealed.

No one had a clue who Walter was. Initially, the volleyball boys had theories ranging from a distant family member or maybe even Thaddeus’s secret lover. Then, as Thaddeus unzipped his volleyball backpack revealing Walter’s true identity, his teammates were overcome with shock and awe. Walter was, in fact, a stuffed wallaby.

The team instantly fell in love. 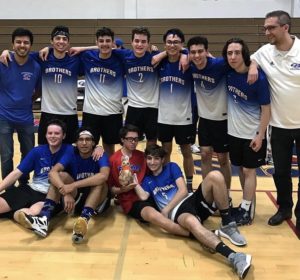 The men’s varsity volleyball team after their last home game.

“One of our biggest problems was getting down in ourselves,” starting setter Ben Anin (‘19) said. “Walter was a way to lighten the mood and a source of energy that we could build off of.”

Walter is truly an integral part of the team, even having his own seat on the bunch for every game and participates in every team huddle and timeout. It has become a tradition for the volleyball players to give Walter a pat on the head before stepping onto the court. Game after game, Walter embodies the team’s core values and unified the once distraught squad.

“Walter has a little pouch that we put all negative energy into,” Thaddeus explained. “[Walter] brings [an] energy and a silly atmosphere, but it’s more than that. He gives us something to gather around to unity as a team.” 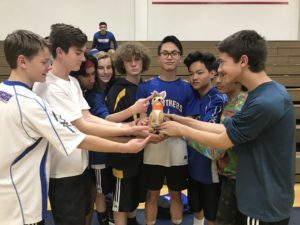 Since that fateful day in Mira Loma’s school gymnasium, Walter has become a beacon of hope for the ever-improving squad. Walter has become the glue holding together the once distraught and discouraged. Through his power to collectively “channel [their] chakras ”, Thaddeus realized that his furry experiment was a total success.

Ben went on to explain that he became a true believer in the power of Walter during their UC Davis tournament. Their goal was to have fun — “obviously fun = Walter” Ben emphasized. The boys went on to put on one of their best performances as a unit on the hardwood that day, coming close to beating volleyball powerhouse Lincoln of San Francisco in a thrilling match. Ben said that this magical performance “reminds [him] that Walter can do some pretty great things”.

As their junior season came to a close, Thaddeus expressed that he was “hopeful that Walter will stay with the team throughout the next season,” and Ben went on to assure that Walter could “be back and better than ever”.

With Walter being such a success for improving the team’s chemistry, Thaddeus heavily praised the stuffed animal.

So if your team finds themselves struggling and disconnected, get yourself a slumpbuster like Walter the Wallaby.