Bill Gates. Mark Zuckerberg. Jeff Bezos. Elizabeth Sperring. Warren Buffett. Jack Milliken. Each of these is a highly-motivated, hardworking entrepreneur known for running a successful company. Unfortunately, the Talon was able to reach only two of them — and they both happen to attend Christian Brothers High School. Who are these Falcon entrepreneurs? And how […] 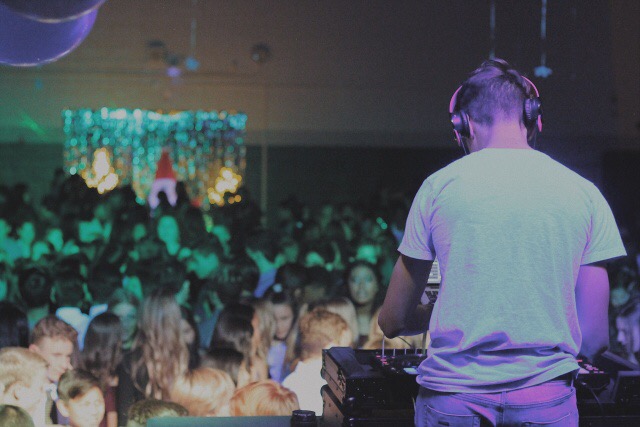 Bill Gates. Mark Zuckerberg. Jeff Bezos. Elizabeth Sperring. Warren Buffett. Jack Milliken. Each of these is a highly-motivated, hardworking entrepreneur known for running a successful company. Unfortunately, the Talon was able to reach only two of them — and they both happen to attend Christian Brothers High School.

Who are these Falcon entrepreneurs? And how did they get involved in the business world?

It’s not every day that someone goes from being a typical student to the leader of a company. When Elizabeth first learned about LiLu, she had no clue that she would soon become its president.

“There was a friend of ours who had heard about them, and she mentioned that they needed another leader,” she explained. “I thought that it sounded like a really interesting opportunity to me, so I was like sure, why not, I’ll meet with the current leaders and supervisors and see what’s going on… I ended up being the leader.”

Other student entrepreneurs build their companies from the ground up. Take Jack Milliken (‘19): during his sophomore year, he took a hobby that he had started as a fourth grader — DJing — and turned it into Jack Milliken DJ Services, a business that offers emcee and DJ services for a variety of events ranging from parties to weddings.

“When I started really taking [DJing] seriously was when I met Beau [Paulsen] ‘16 and Aaron [Cervantes] ‘16, who were seniors when I was a freshman,” Jack explained. “They led me down a specific path that would set me up for success.”

Setting up his business wasn’t a walk in the park. Jack had to take a significant financial risk — after all, DJ equipment isn’t cheap.

“It was excruciatingly painful because it was like all the money in my bank account,” he said.

Getting your business up and running is only part of the struggle. Jack doesn’t have a large advertising budget, so he has no choice but to rely on word-of-mouth and business cards to garner recognition. But a well-known name doesn’t guarantee constant business.

“It’s so all the over place,” Jack explained. “I say that my business goes by seasons, because at the end of winter it’s completely dead. Coming up into winter, everybody wants Christmas parties, so I’ve got a booked December, and then January and February are silent, you know, I can’t get gigs. . . . When I don’t have gigs, I’m losing money, losing profit.”

Elizabeth’s entrepreneurial career hasn’t been easy, either. When she unexpectedly became the President of LiLu, she encountered a multitude of challenges. For starters, only one other person was running the company with her — and neither of them knew how to sew.

The greatest challenge Elizabeth currently faces is planning. You can’t take your homework strategies into the business world — if you try to set something up at the last minute, your business might just become the next Blockbuster. Procrastination simply can’t be a word in Elizabeth’s corporate dictionary: she’s been planning this year’s auction since January.

“It’s been pretty hard to plan everything,” she explained. “You have to contact so many different people to let them know about [the auction], and there’s a lot of effort that goes into planning this event that’s only gonna be about two hours.”

But the world of business isn’t all stress and gloom. Even with all of the work that goes into running a small-scale company, Elizabeth and Jack have enjoyed the experience.

“It’s actually really nice to have a creative space that also I know is going to go towards helping people in the future,” Elizabeth said.

“Every time I go to a gig, it’s like getting another Christmas present,” Jack said. “One of my favorite things in the entire world is playing music for people and having them be really excited about it, and so the ability to do that and get paid for it is just a dream.”

Perhaps the greatest benefit of running a company as a high schooler is the resulting personal growth. Evidently, running a business before you’ve learned how to pay taxes is a great way to develop your professionalism and self-confidence.

“It’s . . . given me more of a business perspective because of the way I have to go about filing paperwork and sending emails and returning calls,” Jack explained. “It allows me to be more professional.”

With benefits like these, you may be tempted to start a business of your own. But where would you begin? Fortunately, Jack and Elizabeth have some Shia LaBeouf-esque advice for ambitious Falcons like you: just do it.

“Don’t think about it too much,” Jack advised. “Just jump into it and see what happens. Just put all your effort into it. Put a bunch of money up front and just push hard to make it pay off.”

“If you have an opportunity to do something, you should take it, even if you have any misgivings or you’re really afraid of what’s going to happen,” Elizabeth explained. “Just go for it.”

To all of you aspiring entrepreneurs of the world, go out there and follow your dreams. Like Jack and Elizabeth, you may earn rewards far more valuable than money: personal growth and an outlet for your passions.