You are here: Home \ Community \ Featured Posts \ Finding The Cure To Senioritis
Community
0

Finding The Cure To Senioritis

The countdown has begun and only a few more weeks remain before graduation and summer break. But the final push is unbearably hard for most seniors and there seems to be a barrier keeping students from finding the motivation to finish strong. Some people call this laziness or Spring Fever, but the most common name […] 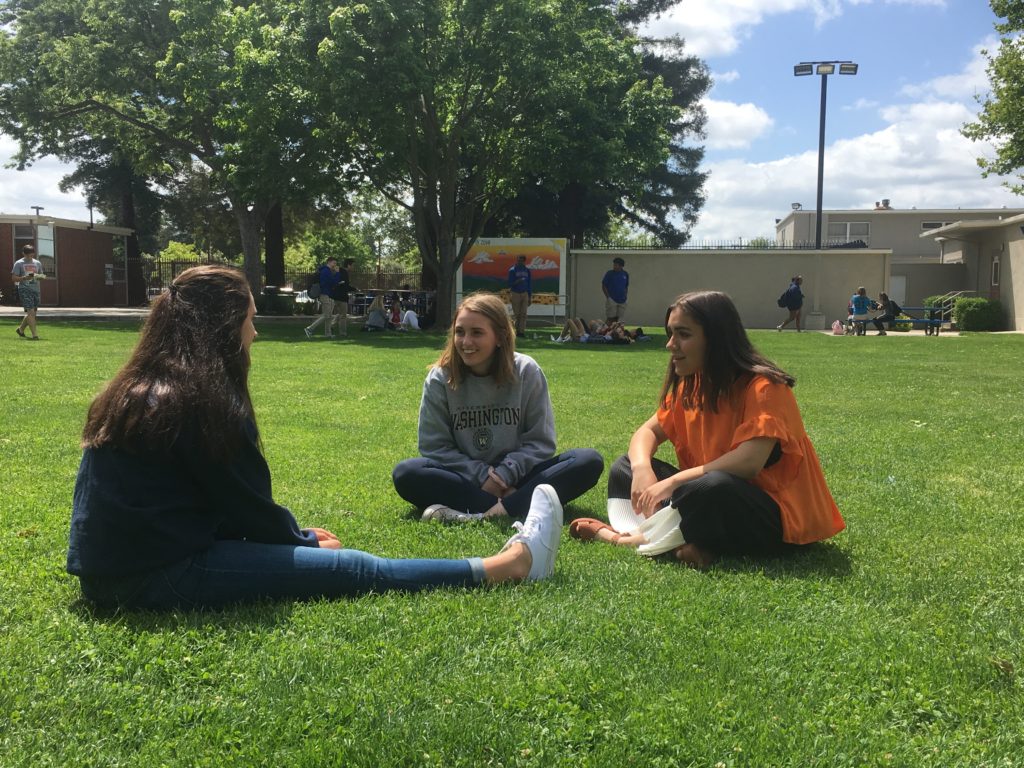 The countdown has begun and only a few more weeks remain before graduation and summer break. But the final push is unbearably hard for most seniors and there seems to be a barrier keeping students from finding the motivation to finish strong. Some people call this laziness or Spring Fever, but the most common name would be Senioritis. Senioritis is a crippling disease that plagues most High School seniors during their second semester.

Every four years, CB Counselor Ms. Blaire Moskat guides her students through the college application process. More importantly, she works to help seniors overcome “Spring Fever” so they can graduate.  This lack of motivation during the 2nd semester is created after the intense work and stress of the fall semester with balancing school and applications.

“First semester is so stressful with the college admissions process doubling up their work. They are essentially working three jobs: their student job, their extracurricular job, and their college job,” Ms. Moskat says.

Some other factors play a key role as to why seniors fall ill to Senioritis. Seniors Matthew Miles (‘18) and Marie Barros (‘18) shared insights as they face the reality of their high school chapter coming to a close.

“I feel that seniors just feel so separate because they are older and high school is their last step before adulthood,” Marie shared. “Senioritis is only a thing because teenagers are ignorant of the fact that life is only going to get harder. There is not going to be much of a change after summer because we are still going to school.”

Not only are students unaware of what’s to come in the next few months, but they also forget to be present in the moment, especially after hearing from colleges and choosing the school that’s right for them.

“We have been at CB for so long that once we get our acceptance letters, we realize that and just want to get out. Then there a shift of focus to getting out,” Matthew says.

“Right now we are focusing on the end goal, not on the journey,” Marie says. “These are the last moments we will have with our friends at CB. We seem to forget that we are not going to be able to see each other everyday”

Once the stress is over and they know where they are going, it seems to slip many students minds that they are not done. In fact, they still have to earn their diploma.

“A lot of times once a student has settled on a college they think that they are done. But there still are a couple more months to get through.” Ms. Moskat says. “There is a fear factor to keep people in line like if you get an F at the end of the year you don’t graduate so you don’t get a diploma. If you get a D or your GPA lowers significantly, colleges can rescind admissions.”

This slippery slope becomes very steep after committing to your college.

“I think that deciding your school does enable senioritis because now you are like ‘okay I’m done’. Now I can get a C in this class when six months ago you had an A . It shifts your goals from personal goals to what do I need to graduate.”

Keeping a grasp on reality and the amount of time and effort put into getting into college can show students a perspective of what they are losing.

“[Students] need to finish strong in order for their dream [going to desired college] to continue being a reality,” Ms. Moskat says, “Don’t work so hard all [3 and ½ years] just to throw it all away these last few months.”

Luckily, there are ways to work to avoid becoming completely checked out during the last semester.

“Go old school with a visual reminder like a whiteboard that shows all the exciting events that are coming, but also the rewards that will come from completing the task” Ms. Moskat advised. “It’s important to break up the rest of the year with little events. That way you continue to push through and not just put your feet up.”

“Be very transparent with yourself and give visual goals. Show them all the rewards that will come if they follow through [to graduation].” Moskat also says. “Obviously allowing breaks and fun activities for yourself because without that if you are always hitting the grindstone, then you are not being productive and going to burn out.”

An important key to understand is we make our habits from our behavior. Being lazy and developing poor study habits could potentially follow one to college.

“Some new habits can become permanent habits,” Ms. Moskat says. “I have found that it is easier to fall into bad habits and its harder to climb out of them. You can revert these habits but it takes hard work and diligence like anything else.”

Marie and Matthew together shared what younger students should do to prepare for Senioritis.

“Have fun senior year don’t overwork yourself,” Matthew says. “Also stay true to your goals and try to push and don’t let yourself fall to far behind.”

“Especially 2nd semester because in March that is when it starts to hit,” Marie shared.