You are here: Home \ Community \ Featured Posts \ Don’t Let Your Dreams Be Dreams (Or Maybe Do?)
Community
0

Don’t Let Your Dreams Be Dreams (Or Maybe Do?) 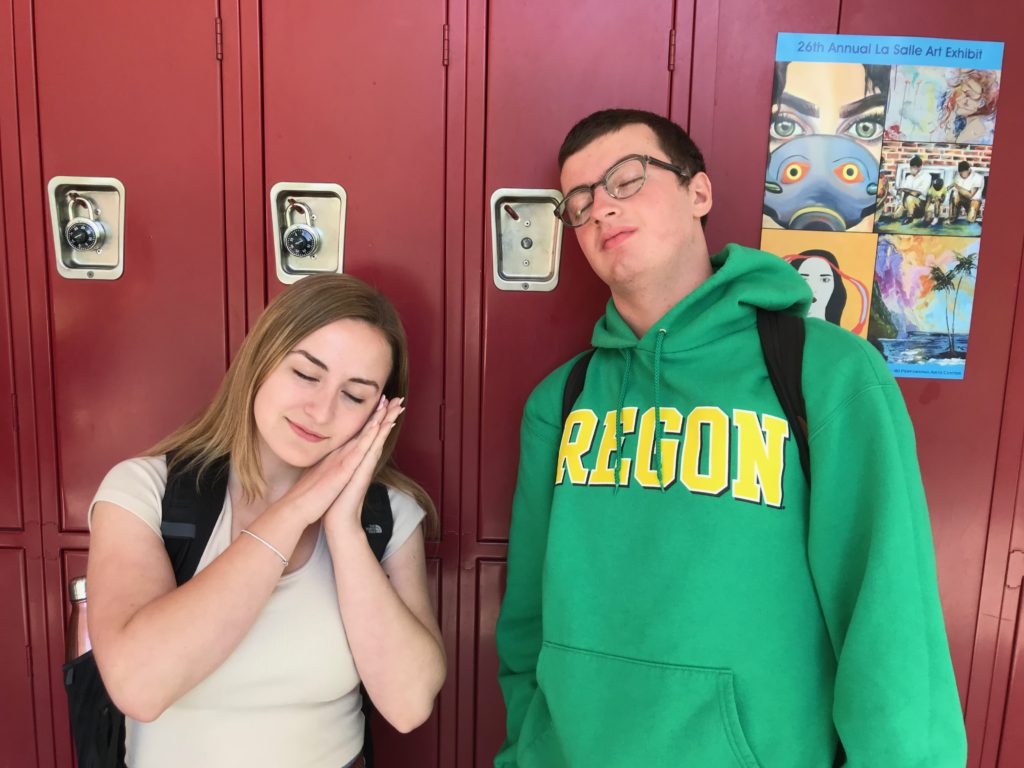 Dream until your dreams come true! ♫

Aerosmith said it best: keep dreaming until they come true. And if you don’t want that dream to come true? Maybe you should just wake up.

So what do your dreams mean?

According to an article by HowToLucid.com, there are many symbols in dreams that represent something going on in some specific aspect of your life. For example, an animal can be a symbol of the instinct keeping you going no matter how hard your life gets.

Because there are so many symbols in dreams that go unnoticed or looked over, many websites have made dream guides so you can figure out exactly what your subconscious is trying to tell you. It’s easy to be overwhelmed by long or intense dreams, but these guides can help you narrow it down and figure out if anything needs to be changed in your life.

Lee Hadwin is an artist who can only create masterpieces while sleepwalking — otherwise his art is no good. Even though he is technically asleep, his subconscious is awake and needing to be creative, so he creates art.

One fact about dreaming that I consider to be really creepy is that you only dream about faces you’ve already seen — your brain doesn’t have the ability to make up faces, so any random strangers in your dreams have the faces of a random stranger you’ve seen in passing.

Paulina Crum (’18) had a very interesting dream about priests, robbers, and ice skating.

“In the beginning, someone lets me know that after CB graduation, they gift you a graduation trip as an individual. I was being told that I was going to Paris, so I was super excited! So I start driving down this dirt road, but in order to get to the destination, which I think was an airport, and I get to this gate. But I have to unlock the gate and get out of my car, but all these cars start lining up behind me. I’m getting anxious because I can’t undo the gate, but I have to!”

“Then this guy comes up to me, and my purse is in my car, and my car is open, and I think he’s going to rob me because I don’t have the gate open and I can’t get away! But then, these five priests come and help me get the gate open. I drive to the airport and I get to the elevator and there are these five (five again- five’s a big number) ladies who tell me not to go on the gradation trip because they just send you to Switzerland and you just ice skate monotonously in this arena for years! So I don’t want to go there! Then I see this image of people from CB — some people that I’m not even close with — just monotonously skating in this arena and I’m imagining it in my head, I can’t go there!”

“So then I’m driving home and I see these two hitch-hikers, and I think I should be nice because the five ladies were nice to me. So I bring the hitchhikers in, and we go to get gas, and then they rob me, and then I wake up.”

When she finished talking, I was speechless and all I could say was “Oh…”

Eventually I asked if she thought her subconscious was trying to tell her anything.

“I think in five years I’m going to be robbed because of the number five and how many times I was afraid of being robbed, and possibly by a priest or old ladies…so that’s whats going on in my mind.”

After waking up and thinking about the dream, Paulina kept “a dream journal after that dream because of how weird it was!”

According to Sleep Culture, priests can represent the need for spiritual guidance and dreaming about car robberies may represent upcoming improvement in a professional position. 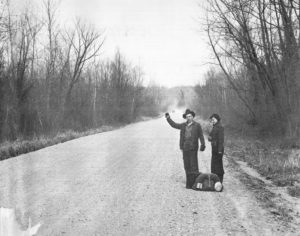 Thumbs up for dreaming! (Image courtesy of Creative Commons)

When I told this to Paulina, she said,  “It probably means that I do trust the wisdom of authority and elders (the priests and the old women) since the priests did help me. And honestly, I think the robberies are just from my extreme fear of being robbed at a gas station.”

Hopefully Paulina can find some peace midst the fear of being robbed.

On a lighter note, Aaron Davis (’18) had a dream about a famous celebrity.

“I went to go get a cup of coffee at a cafe by my house, and I saw a barista that I know that I used to go to school with, so I’m like, ‘Hey Evan, how’s it going dude?’ and he’s like, ‘Pretty good, how’s school? And I’m like, ‘School kinda [stinks], these last few months are hard to get through because I just want to get out of school,’ and he’s like, ‘Oh yeah, I know how you feel.'”

“So I take my coffee, go home, and come back a few days later and Evan’s still there! So I buy my cup of coffee with a 20 dollar bill — yeah, I know, big spender — and I get my change back, and I’m counting it while I’m waiting for my coffee. So I had a twenty, but then I had a ten, also! There was a note stapled to it that said, ‘Hey Aaron, Evan was telling me that you were having some trouble with school and finishing it up, I hope this will help. God’s Plan. Drake.'”

“And then I started crying.”

So what does Aaron think the dream meant?

“I think my subconscious was telling me that Drake and I would be friends in another world.”

After the dream, Aaron “took a ten dollar bill and spent it on some Chipotle in honor of Drake.”

A dream about a famous person or a celebrity could mean that the dreamer is seeking inspiration and a dream about money could be a sign of success or confidence. Maybe Aaron will become extremely successful in the music industry with Drake on his side?

As far as Aaron’s dream goes, I hope that one comes true. But Paulina’s dream. . . let’s just hope that stays a dream.