Once a year, juniors at Christian Brothers High School have the opportunity to emerge on the VENAVER excursion to several locations around America. VENAVER means “to come and see” and it is a chance for students to learn in depth on social justice issues. In early March, Mr. Thomas Guro ’03 and Mrs. Jennifer Lystrup took 10 […] 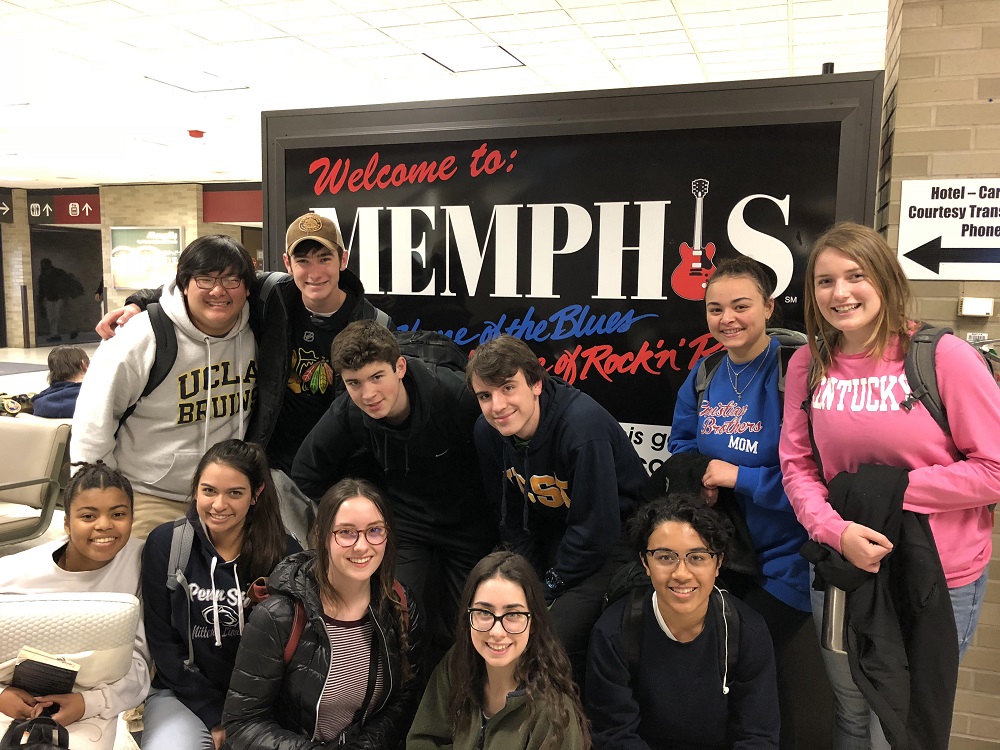 Once a year, juniors at Christian Brothers High School have the opportunity to emerge on the VENAVER excursion to several locations around America. VENAVER means “to come and see” and it is a chance for students to learn in depth on social justice issues. In early March, Mr. Thomas Guro ’03 and Mrs. Jennifer Lystrup took 10 students to Memphis, Tennessee to volunteer, explore the city, and become more educated about the Civil Rights movement. The Talon talked to Mr. Guro about why he attends every year and VENAVER participants Bella Latino (’19) and Jacob Dong (’19) to get the inside scoop on their service experience.

As someone who also went on the VENAVER excursion to Memphis, I can say that it was the most rewarding experience of my life. From visiting the Civil Rights Museum where Martin Luther King Jr was murdered, serving food at a soup kitchen, and visiting Slave Haven, the trip was highly remembered. Not only are you isolated from the rest of the world by not having any technology, but spending a week in a completely different city like Memphis made it all the more valuable. One woman named Clara kindly showed us the Sugar Ditch in Mississippi, a ditch that was filled with human waste where people would actually live.

Mr. Guro attends the Memphis VENAVER every year and re-embarks on the journey because of the many benefits upon returning to Sacramento. Memphis surprisingly is more connected to Christian Brothers than most would expect.

“The Memphis VENAVER offers students an opportunity to not only learn about civil rights, but also connects us with three other Lasallian schools there” Mr. Guro said. “There is a Lasallian grade school, high school and university there. It is a unique experience in that regard”

Being a religion teacher is only one of Mr. Guro’s passions. Attending VENAVER gives him the privilege of seeing students build character with one another and with themselves throughout the trip.

“The most rewarding thing is two-fold: first, seeing the students build a community during the week with one another. Second, seeing the students come to appreciate the dynamics that go into our larger communities,” he says. “It is great to see the students finder greater appreciation for their fellow classmates and the people in the communities in which they live. They are learning to love their neighbor as themselves, classmates as neighbors, and strangers as neighbors.” 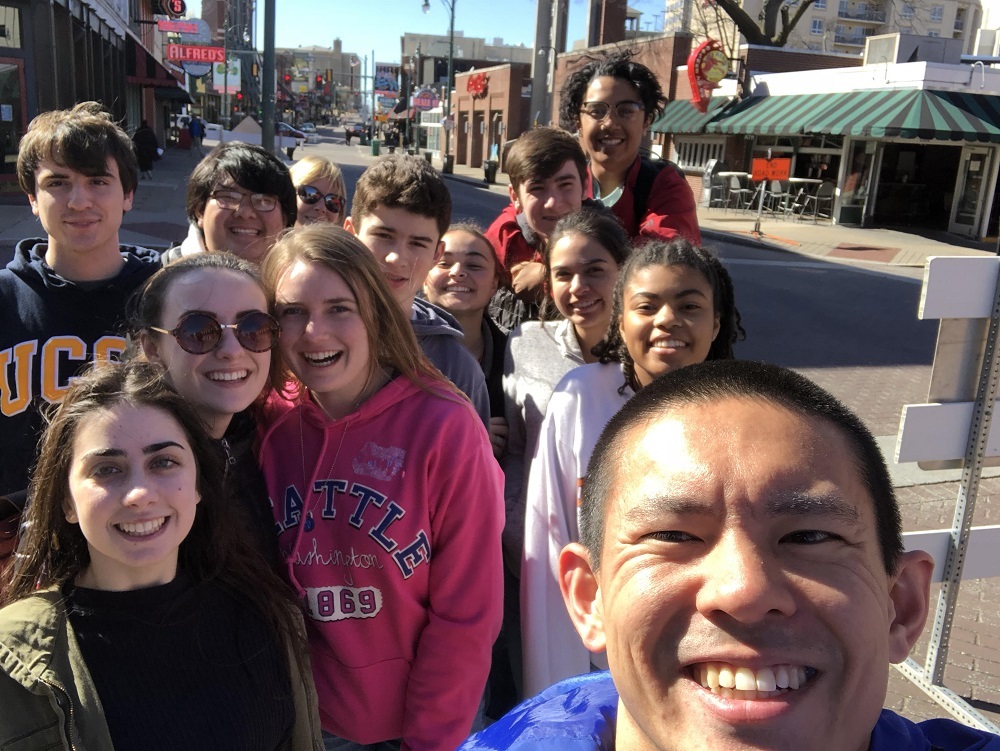 Mr. Guro and the squad at Beale Street in Memphis.

Unfortunately with the limited space, not everyone can attend Memphis VENAVER. However, as one of the teachers who decides which students are going, I asked Mr. Guro what advice he has for those who want to attend their junior year.

“I would encourage students who want to learn more about social issue topics through a Lasallian lens to apply for whichever VENAVER addresses their area of interest” he stated. “They should be willing to be open to a Lasallian experience that is filled with faith, service and community. If they have a passion for being Lasallian and working with social justice issues, then they should definitely think about applying for VENAVER”

Bella and Jacob were fortunate to also experience VENAVER like I did.

“It’s a place I have never been, and the idea of going somewhere totally new was intriguing” Bella stated. “Also, a couple of my friends applied for the same excursion and I knew I would enjoy the experience more if I had someone I was close with by my side. When I found out we would be working with children at a Jubilee school, I was almost 100% sure that this was the immersion for me because I love working with children”

On the other hand, Jacob was motivated by the personal history of Memphis and intrigued by the Civil Rights history Memphis centers around.

“I thought that the civil rights aspect was the most interesting out of all the options available, which is why I really wanted to go and learn more about it,” he said.

“My most rewarding experience was going to the civil rights museum and learning about all the amazing things that happened down in Memphis regarding the MLK shooting and other civil right events. I am super excited about the whole era now and I have a much better understanding of what happened.”

Before going on the trip, Bella was nervous to not have her phone for a week, but she knew it would make the experience more eye opening. She was most excited to travel somewhere new before she left, but her most rewarding encounter was the St. Jude hospital.

“It was an eye opening experience to find out how much it cost to run the hospital every day and just seeing the kids in wheelchairs as we toured was crazy. It costs 2.6 million dollars a day to run the hospital, all donations,” she said with her eyes wide.

When Jacob and Bella returned to the West Coast, I asked them what their newly found knowledge of the Civil Rights movement had on their effect of today’s society regarding equality and justice.

“I think that compared to 20-30 years ago we’ve come a long way and an even longer way from the days of MLK,” Jacob declared. “I still think that there’s a lot of work to be done towards equality down south, but here the changes have been remarkable”

According to Bella, when the southerners heard about what life is like here in California, their jaws dropped.

“Obviously I knew that people struggled with civil rights that they are born with, but when I went to the South I realized how worse it is there” she said, as her eyes opened. “Its crazy. They are so much more behind than California is. California is so much more integrated. The integration we have here is foreign to them.”

Jacob had a similar mindset upon returning.

“I am very thankful that I live here and all the benefits that I have. The city is really divided down there, completely different than Sacramento” he said.

When I went to Memphis, it seemed like being on a completely different planet. As we drove around areas, the people we met told us this is an all hispanic neighborhood or an all black neighborhood. Other places were racially mixed, it just depended on where we were in Memphis. Bella also encountered mixed kinds of neighborhoods.

“I wasn’t expecting the wealthy people and the poor people to be so close and the poverty line” she said, “When we visited neighborhoods, one street would be super run down houses boarded up, and the next street over would have huge houses.”

If any sophomores are interested in signing up for Memphis, or others just have an interest in discovering the Southern city themselves, Jacob and Bella heartily gave some advice.

“Really take the time to absorb your surroundings and listen to all of the speakers that you come across because it’s really amazing to hear other peoples journeys, especially in a new state” Bella said.

“The most important thing would be to participate in the reflections and don’t hold anything back” added Jacob. “The more you put in the more you get out”

Regardless if you choose Memphis or not, I highly recommend to sign up for any of the VENAVER excursions. Not only did I get the chance to meet incredible people, but we also visited Christian Brothers High School in Memphis. If you’ve ever wondered what our brother school is like, you’d be surprised of how different our schools are. It’s still an all boys school, and students are required to wear button down shirts with ties everyday. If someone breaks dress code, instead of having to pick up trash at lunch, they must pay a fee. The Falcons in Memphis have a three story building just for athletics. As the southerners say it, go big or go home!

You not only have the chance to experience a new way of life or volunteer your time to those less fortunate, but you may find yourself on a new pathway in life. Carmen Shimizu (’18) embarked on VENAVER 2017 with me, and because of that trip, she is going to attend Christian Brothers University this fall. Who knows? If you went on VENAVER yourself, a future destiny could uncover for you too. 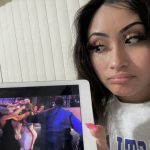