You are here: Home \ Arts \ Featured Posts \ Movies Are The Move
Arts
0

Movies Are The Move

Movies. The beautiful art that turns our imagination into a reality. Whether that be a wizard trying to find his way, an individual in search for love, or a man dressed as a bat, movies have created a world that would leave those from the past stunned. It can be argued that they are best […] 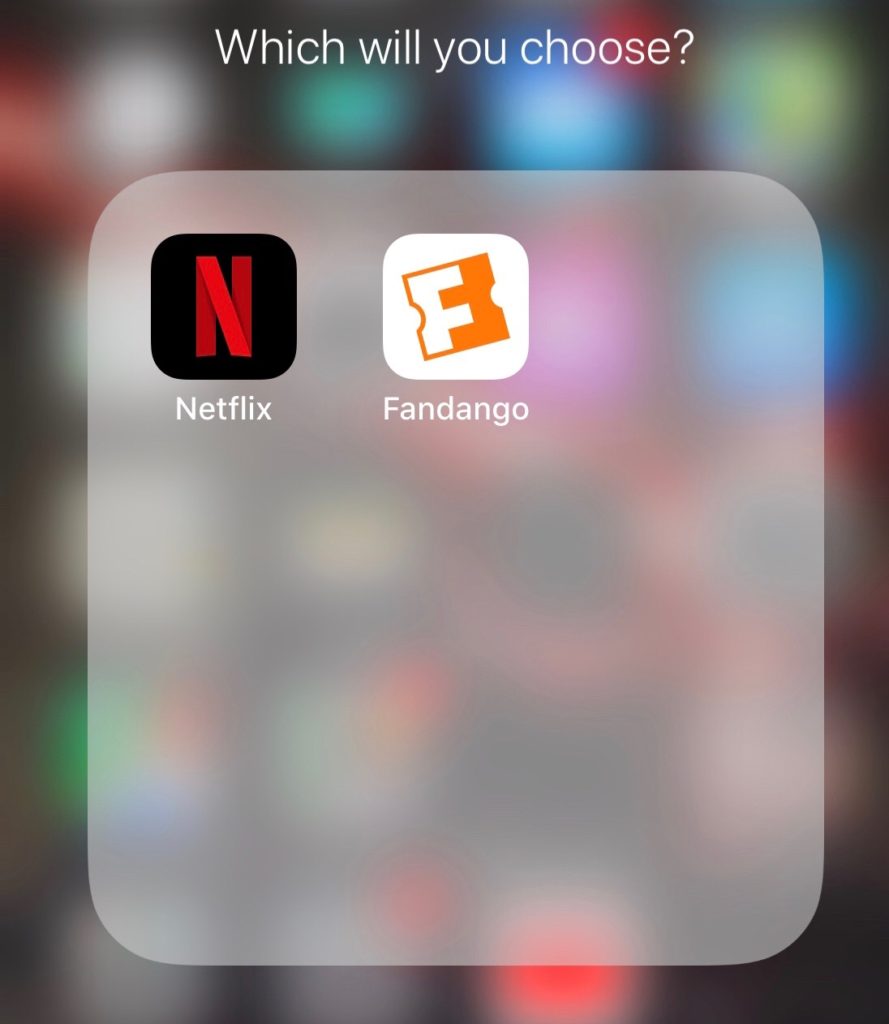 Movies. The beautiful art that turns our imagination into a reality. Whether that be a wizard trying to find his way, an individual in search for love, or a man dressed as a bat, movies have created a world that would leave those from the past stunned. It can be argued that they are best viewed in a theater. However, our century appears to be lowering their times at their local theaters. According to a survey by cbsnews.com, only four percent of the 84 percent of Americans that watch movies actually go to a theater. Apparently people are finding the small screen more intriguing than the big screen. This can be proven by the countless attempts to captivate more customers with the introduction of reclining chairs, waiters serving food during a movie, and movie passes. All of these are a result of the decline of customers attending the theaters.

Is the age of cinema dying? Is it better to watch a movie in a theater or at home? These Falcons gave us their answers to these dire questions.

Jordan Abdel (‘18) described his fondness of the theater experience when watching a movie he has been looking forward to for awhile.

“If I had to decide between going to a theater and staying at home to watch a movie, then I would most likely watch the movie in the theater to get the full viewing experience,” Jordan replied.

It is amazing when you can actually feel as if you are in the movie when the sound and visuals are perfect throughout the film. The music, special effects, and sequences are experienced in a way that cannot be replicated anywhere else except for a theater.

However, Jordan also mentioned the fact that if he were to watch a movie alone, then he would probably stay in the comfort of his home.

“If I am alone then I would stay home because I want to stay comfortable and just chill,” Jordan commented.

Homes are unanimously known for casting the sense of not having to worry about anything outside. Just sit back, relax, and enjoy the movie. It is as simple as that. Oscar Wong (’18) shared his belief in enjoying movies leisurely at his house. He went on to say that it allows for a great viewing experience since you can pause the movie and discuss the scene at the moment.

“Going to the theater is fun for sure, but I’d probably stay at home to watch a movie,” Oscar stated. “When I am watching movies at my house with people, sometimes we will pause it to talk about it or to just take a break and grab food and stuff like that.”

It is truly disappointing to miss an important part of a film because of an urgent bathroom visit or for food. I did this very recently when I went to view Black Panther. I missed the first 5-10 minutes of exposition because I was purchasing popcorn. Thankfully, I was brought up to speed by a friend and was able to enjoy the movie thoroughly.

Samantha Noe (’18) mentioned about the care she puts into to watching a film at her house on her own or with friends.

“It honestly depends on the movie like if it is something that I have been waiting for awhile then I will go see it in the theater, but if it’s something that I am laid-back about then I’ll stay at home,” Sam stated.

Nothing but facts come from Sam. I always reserve seats for a movie that I have been waiting for a long time. I remember having to save multiple seats for my family when Star Wars: The Force Awakens finally allowed for customers to purchase tickets.

I truly hope that people continue to visit the theater many times rather than staying home, as the experience of the film in a theater is unforgettable. I found that it gives the ability to boast because you can be able to say that you saw a picture at the time it was released to the world. For example, I want to say that I was able to view Avengers: Infinity War at a theater rather than waiting for it to come to Netflix or DVD.

Famous Welsh composer and actor Ivor Novello best summarizes the act of going to a theater when he said, “A visit to a cinema is a little outing in itself. It breaks the monotony of an afternoon or evening; it gives a change from the surroundings of home, however pleasant.”