You are here: Home \ Uncategorized \ Why Do We Keep Up With The Kardashians?
Uncategorized
0

Why Do We Keep Up With The Kardashians?

Fake. Iconic. Snooty. Stylish. Untalented. Entrepreneurs. Drama. These are just some of the many words people use to identify the Royal Family in America: the Kardashians. The family was introduced to the public eye in 1994 when the father, Robert Kardashian, worked on the defense in the O.J. Simpson murder trial. His children started to […] 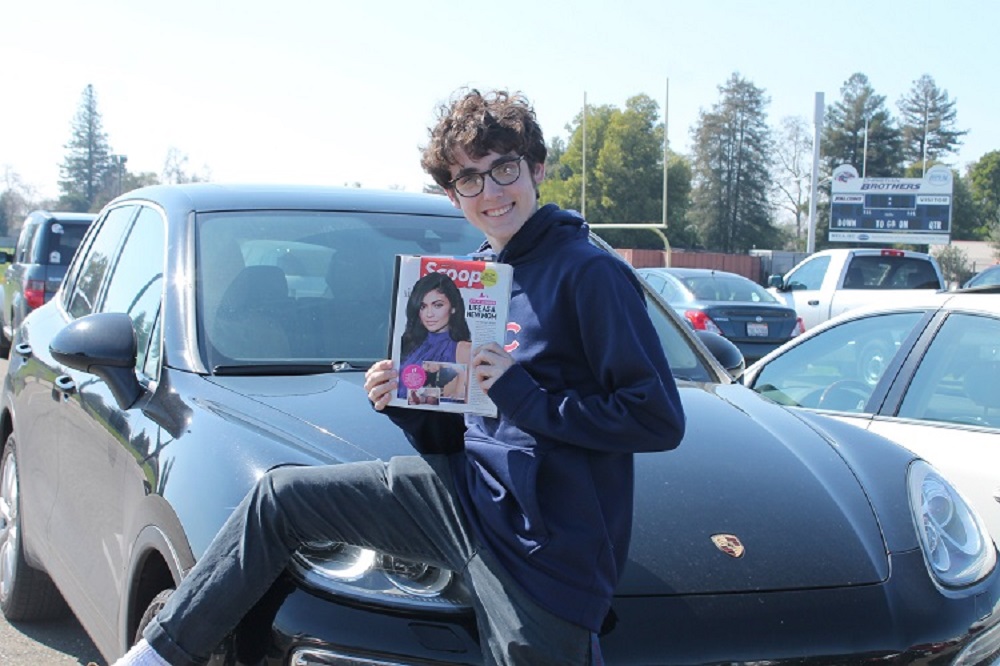 These are just some of the many words people use to identify the Royal Family in America: the Kardashians. The family was introduced to the public eye in 1994 when the father, Robert Kardashian, worked on the defense in the O.J. Simpson murder trial. His children started to appear in the spotlight through Kim’s friendship with Paris Hilton. After Kim’s infamous home video in 2003, she was officially on the map, along with her huge family. Kim’s “momager”, Kris Jenner, saw an opportunity to turn this bad press into something great and on October 14, 2007 the first episode of Keeping Up with the Kardashians aired.

Fast forward 11 years and the Kardashians are no longer just a family, they’re a brand. With all the new forms of social media since 2007, fans no longer have to wait until Sunday nights to keep up with the Kardashians. Now they can watch Kylie’s Snapchat updates for Kylie Cosmetics launches, vote in Twitter polls to help Khloé pick a nail color, or check Instagram to see new pics of North and Penelope. Kourtney has 61.1 million Instagram followers, Khloé has 73 million, Kendall has 87.6 million, Kylie has 104 million, and Kim has the most with 108 million. Every member of the family is so powerful and can impact people’s decision with a simple tweet or Instagram post. Kim can make up to $500,000 from brands for one Instagram post endorsing a product because millions of people are willing to buy something just because a Kardashian told them to.

Since they have a fan base of over a million people, it is nearly impossible to find someone who hasn’t heard of at least one of the Kardashians. But the word Kardashian comes with lots of controversy — people either love them or hate them.

“I think they’re really funny and every time I watch them I’m sucked in, I just feel like I’m a part of their family. I also follow them all on Instagram and Snapchat”.

Maybe that’s why they’re so popular — they make fans feel like they’re a part of something. When a fan watches the show, they’re inside the family’s home and a part of their daily lives. When someone buys a Kylie Lip Kit or a pair of True American jeans, Khloé’s denim line, they’re becoming just like the people they love and look up to. But when the word celebrity comes to mind, the first things people think of are actors, musicians, talk show hosts, or maybe even politicians. So it begs the question: What have the Kardashians done? Are they just famous for being famous? Many people do not understand the hype. Ms. Mary Bowers is one of those people.

I completely get where Ms. Bowers is coming from, there is no real reason for this family to be as popular as they are. But like Olivia, I have fallen victim to the marketing genius of Kris Jenner and consider myself a fan of the Kardashian dynasty. I love watching the show, following the family on all forms of social media, and I often find myself becoming far too invested in their lives. I cried when Khloé confirmed her pregnancy rumors because I was so happy for her, I was way too excited to see Kim’s first selfie with her newborn Chicago, and I own many Lip Kits. The Kardashians are not even remotely invested in my life, yet I still care so much about their’s. I guess that is just the mystery of the Kardashian fame.