“I’m your host. Quiz daddy. Host Malone. Quiz Khalifa. Tonight we have over 2.1 million HQuties playing. Let’s get down to the nitty gritty. Let’s get this show on the road. May the best brain win. Here is quemero numero uno!” As a fellow trivia enthusiast, I’ve hear these words (and other cheesy jokes) repeated […] 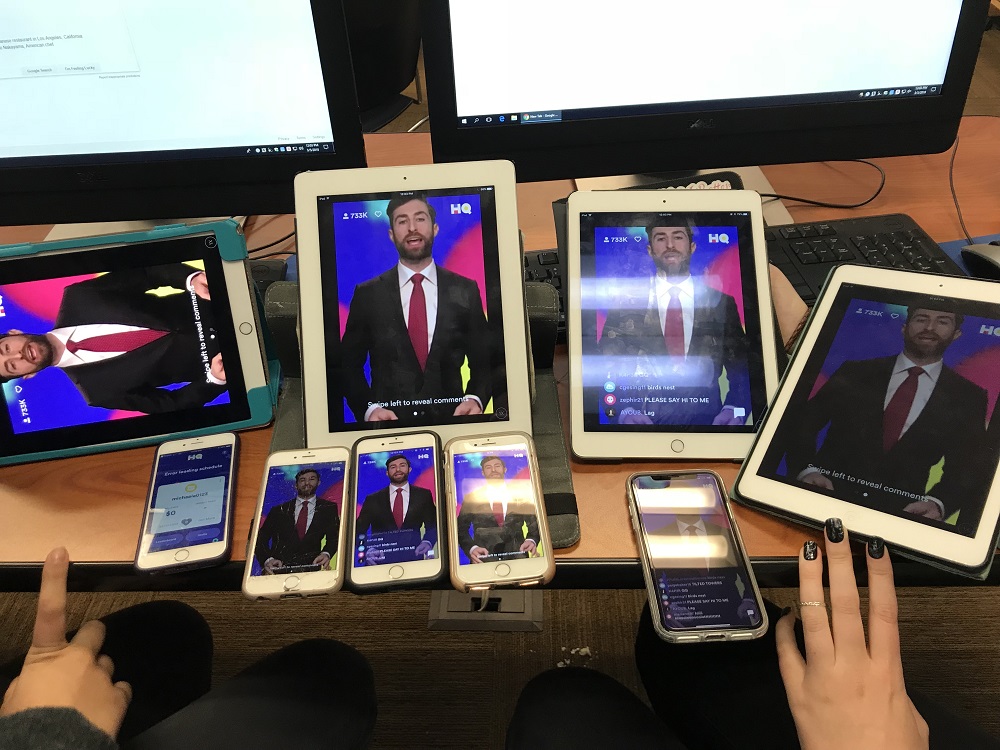 “I’m your host. Quiz daddy. Host Malone. Quiz Khalifa. Tonight we have over 2.1 million HQuties playing. Let’s get down to the nitty gritty. Let’s get this show on the road. May the best brain win. Here is quemero numero uno!”

As a fellow trivia enthusiast, I’ve hear these words (and other cheesy jokes) repeated everyday at 12 P.M and and 6 P.M PST when I log onto HQ. But what’s HQ you say? Some know it as happy quinceanera. Other say it’s hard questions. Or even hype quiz. 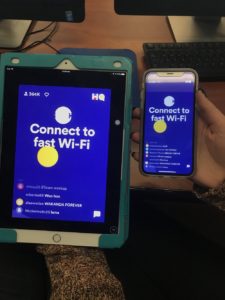 Students waiting for HQ to start

HQ is a 12 question trivia games that allows you to win money. You have 10 seconds to answer each question. If you get all the questions right, the prize money divides it up between the other winners of that game. The daily minimum amount of money a $2,500. Sunday’s prize can get up to $50,000.

The creators of Vine, Rus Yusupov and Colin Kroll, are responsible for this widely buzzed game. With over a million people playing per game, it’s no surprise how quickly this popular game show is spreading through campus.

I play this game everyday in the Talon newsroom, and I gather all my fellow intelligent students and knowledgeable teacher Mr. Anderson ’07 to help answer these random trivia. 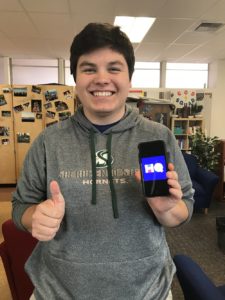 If you get a friend to download the game and type in your referral code, you get an extra life! I may have used this to my advantage once or twice.

“I was told to download this game so [you] could get an extra life” Colin McCarley (‘18) admitted. “But ever since then, I can’t stop playing.”

The farthest he’s gotten was to question eight, but that doesn’t stop him from playing.

Colin refers to himself as a “trivia connoisseur” because he still plays games like Trivia Crack and Trivial Pursuit.

“Any trivia game is fun for me,” he says. “HQ is a good challenge for me.”

He added how host Scott Rogowski’s clever jokes and banter in between questions keeps the game exciting.

“If it weren’t for the comedic breaks, I don’t know how I’d remain calm under the pressure of possibly winning money.”

The farthest Matt has ever made it was to question eight. “I will be a little disappointed when I get a question wrong. But it motivated me to win even more,” The senior says. 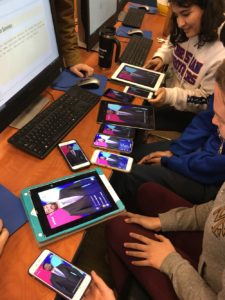 A group of students playing HQ together in Talon

Matt explained how this game show has motivated him to look up random trivia questions. “Practice! It might be a good idea to find more trivia games,” he adds. “Towards the final questions, you really need to know a lot of information just to uncover what the question is asking”.

To have the best chances at winning, play with people of different ages and have different backgrounds. They ask questions ranging from ancient times to present day pop culture.

We wait until we get the notification at 12:00 P.M saying “HQ is starting!”. We all quickly gather in the back of the classroom and get our game faces on.

Delaney explained the secrets of winning, “One strategy is to have our phones and iPads out, and if we aren’t positive on a question, then we all press different answers in hopes that one of us will stay in the game”.

Some would say we are cheating, but since our Talon newsroom is in the Learning Commons, we use our resources to Google the answers. Our designated Googler Saya says, “You don’t Google the question, you Google one of the answers.”

“We have a good dynamic. It definitely takes a team effort to win,” Michaela added.

If you haven’t played this game before, I highly recommend you give it a try! You can even submit question ideas. Grab a group of friends, who knows, you could be leaving $1.25 richer like me!

Add my referral code: emilyyshepard [Ed note: or mine: alex1614]

TAKE YOUR OWN HQ TRIVIA TEST!

1. What is the term for the ‘brains’ of the computer
A. Keyboard
B. Central processing unit
C. Screen

2. Who played the titular role in the TV show “Buffy the Vampire Slayer”?
A. Hannah Montana
B. Reese Witherspoon
C. Sarah Michelle Geller

5. Which of these is NOT one of the original Starburst flavors?
A. Cherry
B. Lime
C. Orange

6. Which baseball hitter holds the record for the most total bases in a 9-inning game?
A. Gil Hodges
B. Barry Bonds
C. Shawn Green

8. Who won best actress at Cannes and never starred in a movie again?
A. Elle Macpherson
B. Oprah Winfrey
C. Björk

9. The real “Lawrence of Arabia” was born in which country?
A. England
B. Wales
C. Saudi Arabia

10. The designer of The Beatles’ “Sgt. Pepper’s” album cover also did design work for whom?
A. Rick Astley
B. Band Aid
C. Led Zeppelin

11. Which of these countries has a Federal Chancellor?
A. Austria
B. Luxembourg
C. Malta

12. Which of these terms was added to the Oxford dictionary in 2017?
A. Rekt
B. Curly fries
C. Squad goal