When someone hears the words “rock climbing,” they may think of someone climbing the side of a mountain or the big wall at their gym with colorful rocks on it. However, for senior Emma Roberts (’18) and sophomore Lauren Berry (’20) they think of competition. Emma and Lauren got into climbing when they were invited […] 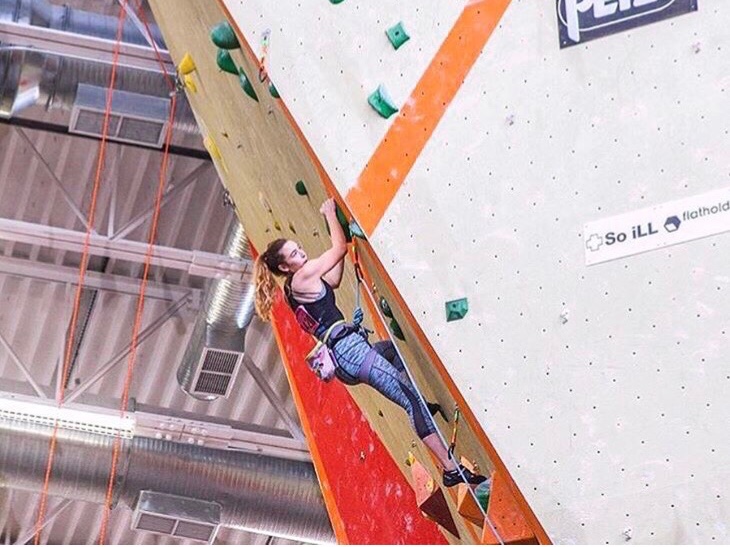 When someone hears the words “rock climbing,” they may think of someone climbing the side of a mountain or the big wall at their gym with colorful rocks on it. However, for senior Emma Roberts (’18) and sophomore Lauren Berry (’20) they think of competition.

Emma and Lauren got into climbing when they were invited to a birthday party at their rock climbing gym. After the party, they both decided to attend a summer camp at the gym, where a coach recruited them to join the team.

“I thought it was cool so I joined a summer camp, and then after that, the coach asked me to join the team,” Emma shared.

Emma admits that rock climbing appeals to her because she’s “never really been a team sport person.” The individual aspect of climbing is what keeps her engaged in competing. She also enjoys the feeling and sense of accomplishment that comes with reaching the top of the wall.

“Each round is different, so you are never climbing the same thing and so there is always a new challenge out there and a new puzzle to figure out,” she says/

“I like how every route is unique,” Lauren added. 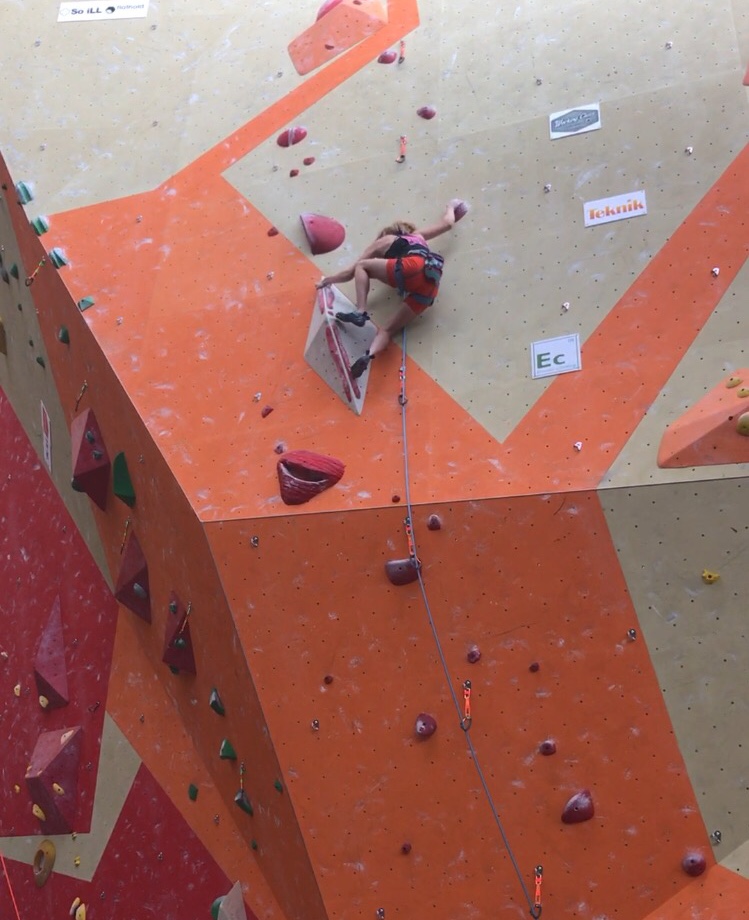 “In sport and bouldering you go into a place to warm-up, and then climb routes with a certain time limit,” Lauren says. “In sport [climbing] if you fall then you cannot get back on, but in bouldering you can give the route as many tries as you wish within the time limit. Results are based on who gets the highest”

In order to reach their goals of competing at Worlds, the girls must attend a series of competitions and work hard during the strenuous practices.

“On most of the Saturdays during the fall and spring there will be local competitions. You have to go to two locals in order to qualify for regionals, and then if you place in the top ten at regionals you move on to divisionals. If you place in the top six at divisionals, you move on to nationals. Then, if you place top four at nationals you can go to either the Pan American Games or to Worlds, depending on your age.”

These two girls go through a lot of training and hard work in order to do so well in the sport they love. They practice four to five days a week for three hours at a time. Typically, practice will start out with a warm up that may entail climbing some “easy” routes. After that, they move into their main climbing workout. Lauren explains that during the main workout they may do a work out known as “burleys” which are when one climbs up and down for 10 minutes and then does 20 burpees. They may also climb a medium route and do it multiple times without resting. Emma says that these build up strength and power. After climbing, conditioning will follow. Lauren says that they will condition either the upper body, core, legs, or fingers.

Lauren and Emma agree that a common misconception of climbing is that it is based on time or speed, but Emma clarifies that speed climbing is a real competition. 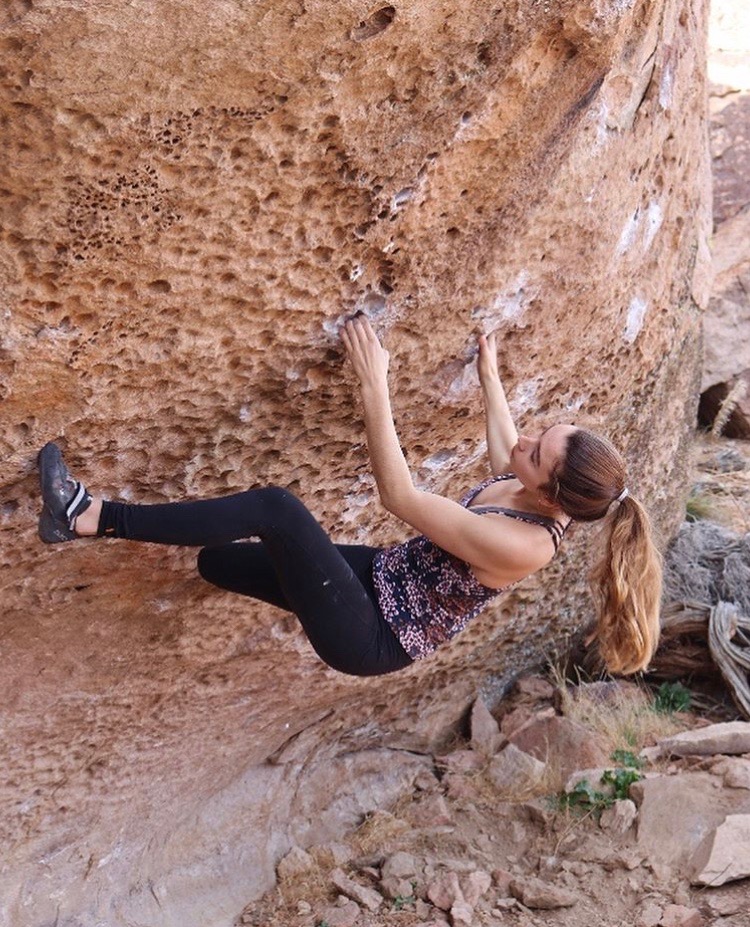 “There is one route called the IFSC speed climbing route. It’s about 15 meters high, and the record for it is about 5 seconds. It’s the same route all around the world.”

Emma continues to admit that she “used to really like speed climbing.” However, now she enjoys rope climbing the most “because it is more endurance-based.” While Emma still has a fun time competing in bouldering, she explains that it’s “based on power and it’s kind of become sort of like parkour, where people will [run] across the wall and jump to the next hold.”

The climbers agree that one of the best parts about climbing is how challenging it can be.

“[I love] the feeling of trying really hard and getting to the top of a really hard route,” Emma says, adding that she likes how each route is different and how she’s “always trying something new”.

The rock climbing community is also one of the great aspects that comes with the sport.

“You’ll be at competitions and even if you don’t do well, you still root for people and encourage them and others encourage you,” Emma said. “I’ve gone outdoor climbing and I wouldn’t know anyone there, and then a group of people will just start talking to you and you become friends. It just really brings people together and I really like that.”

Rock climbing is an up-and-coming sport that has been recently getting more attention for its competitiveness. Emma and Lauren can attest to the joy that rock climbing brings to them.

“It’s a lot of fun so if you get the chance to try it you definitely should.”