New Falcon In The Nest

Transferring High Schools can be a difficult task, especially when coming into Christian Brothers. Many things can be difficult, like the commute or the academics and making new friends. As a transfer myself, I can understand the pluses and the minuses of transferring. CB has a new Falcon on campus, Lawson Hensley (’20), a sophomore coming […] 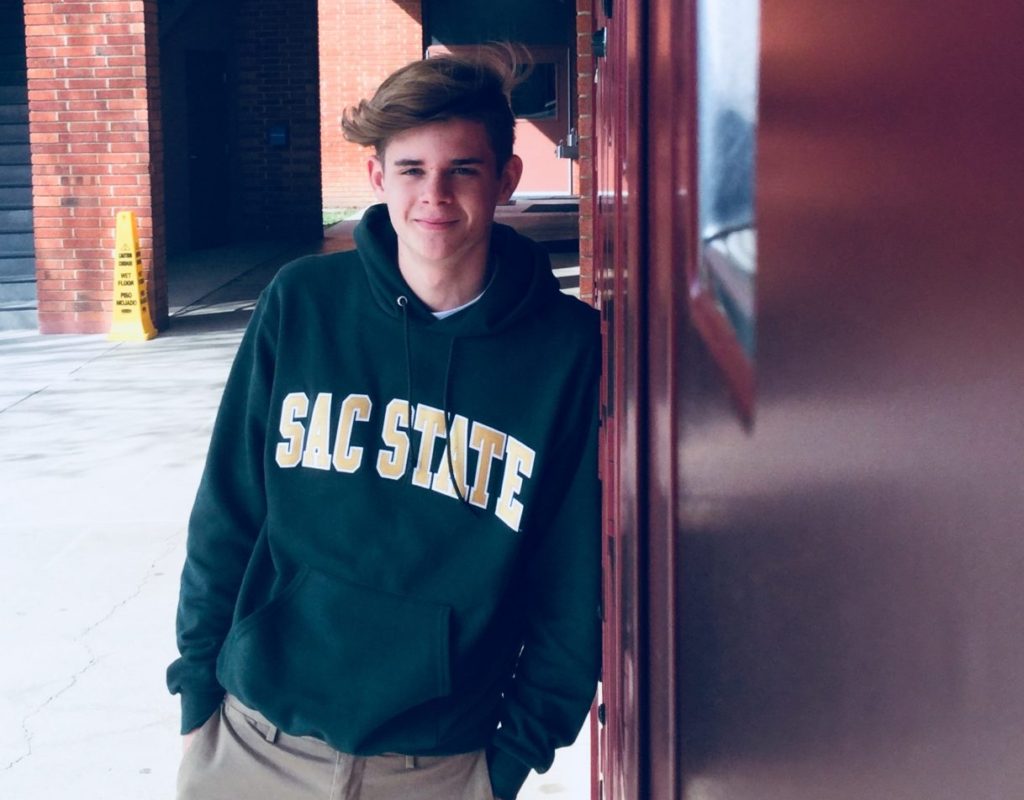 Transferring High Schools can be a difficult task, especially when coming into Christian Brothers. Many things can be difficult, like the commute or the academics and making new friends. As a transfer myself, I can understand the pluses and the minuses of transferring. CB has a new Falcon on campus, Lawson Hensley (’20), a sophomore coming from Dixon High school. Lawson is my little cousin that I grew up with, so I wanted to see how his transition has been.

The hardest part about transferring is obviously the transition. Coming into a new school in a new city, can be difficult.

“The biggest transition transferring to CB was probably the academics,” he said. “When I first came to CB, my classes at my old school were way behind compared to my CB classes, but all of my teachers were extremely supportive on helping me get caught up and getting me to where I need to be.”

Transferring can also be fun with getting into a new scene and new people. My favorite part was the new friends made. Lawson felt the same way when I asked him about it.

“My favorite part of transferring has probably been meeting new people and making new friends,” he said.

People usually don’t welcome the new kid at a lot of schools, but that’s not in CB’s nature. Here at CB we welcome everyone with open arms, like one big family. It can be difficult to try to make new friends and build relationships with teachers.

“Everyone at CB, like the students, the teachers, the admissions and counselors have all been very welcoming,” Lawson says.

Lawson isn’t the only one who has to transition — his family has to adapt also and learn how they can make it work. Lawson has a pretty long commute each morning as he comes from from Dixon, but they are more than happy to work the kinks out.

“My parents really like Christian Brothers,” he says. “They are very impressed with the school staff and the school spirit”.

“I have been wrestling for five years now and is been the best sport I’ve ever done,” he says. “It doesn’t matter whether you’re big, small, wide or thin with enough hard work anybody can be good at wrestling”.

He plans to try to bring back the team so he can fulfill his dreams of playing college wrestling.

“For anyone who doesn’t do a winter sport, you should give wrestling chance,” he says. “If there is enough interest at the school I think we would be able to get the program started again”.

As CB invites new transfers, I encourage that the CB community keeps up the welcoming and making the new kids feel welcome. So if you haven’t met Lawson, go introduce yourself and make him feel more welcome. You never know, you might be the newest member of the wrestling team.