You are here: Home \ Community \ Featured Posts \ It’s Not You, It’s Me
Community
0

The din of the restaurant consists of people chattering and utensils clattering above the songs of the mariachi band. The scent of carnitas and salsa waft from the kitchen. Your significant other sits across the table. The end is near… The spring semester comes with many trials and tribulations, including graduation, leaving friends behind, and […] 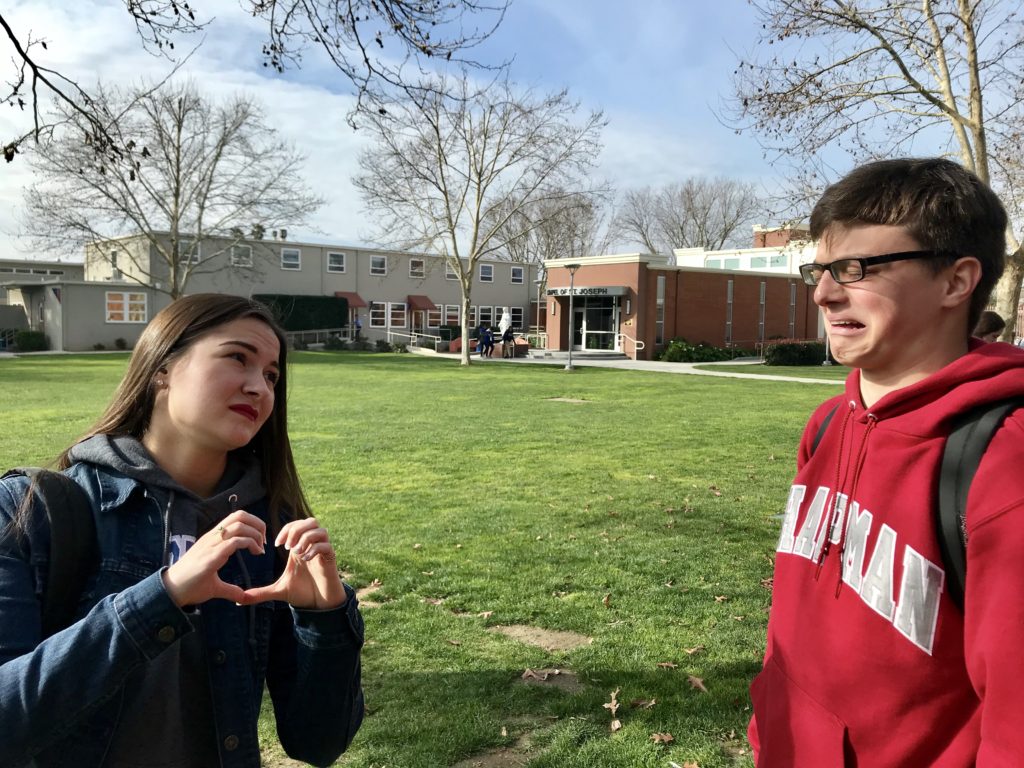 The din of the restaurant consists of people chattering and utensils clattering above the songs of the mariachi band. The scent of carnitas and salsa waft from the kitchen. Your significant other sits across the table. The end is near…

The spring semester comes with many trials and tribulations, including graduation, leaving friends behind, and the stress which comes with finals. Spring is a common time for students to end long term relationships, hoping for a fresh start in the summer and into the years ahead.

Breaking up is hard. Oftentimes the person doing the dumping wants to spare their not-so-special someone’s feelings by “letting them down easy”. This can lead to a messy breakup and miscommunication.

Counselor Mr. John Riley-Portal believes in “good and open communication, that you thought it out well and that you say it as diplomatic but as forthright as possible”. The most important lesson JRP has for CB students when ending a relationship is to “be honest.”

This is a double edged sword — if you’re too honest, then there is a danger of hurting the person’s feelings; if you dodge the problem, then they’ll be left guessing.

“No one wants to hear everything that went wrong but people deserve to know what happened so they don’t wonder,” says Mary Kate Monnat (‘18).

According to JRP, the outcome will be better “if you say it in a nice, thoughtful way, be ready to listen to the other person, and try to make it as amicable as possible.”

While there are many good ways to end a relationship, there are also a few no-no’s to be mindful of. JRP believes that texting is especially destructive. Students confronting the situation shows maturity and confidence and ends the relationship in a respectful way.

Mary Kate sings the same tune. In “ghosting them and avoiding the situation entirely”, the student actually accomplishes the opposite of the intended effect, and the situation is made much worse than it needs to be.

“You can’t just pretend it didn’t happen,” she says.

JRP believes that students can be friends afterwards if the breakup is done in a mature way. Sometimes the length of the relationship is important too. Many times couples are in the same friend group and can mend together, but sometimes it’s just too painful.

“The most awkward part of the ending of a relationship is not doing the things you would both normally do [together],” Michael Fenner (‘18) says.

Oftentimes people cannot listen to a genre of music, or go to a restaurant because it reminds them of their ex. Because of this, students will avoid those places, as well as the students which they are reminded of. But sometimes that isn’t possible — Mary Kate says you can’t avoid awkward situations.

“It depends on the people and how they broke up. If it was really messy, it’ll be really awkward.”

In the end, these moments are bound to happen, so embrace the awkward and be cool about it because a little pain builds character. When making a decision to break up with someone, be mindful that feelings are delicate and breakups should be taken with the utmost care and caution.

For Falcons still experiencing post-breakup blues, the Talon made a playlist to help the feels.