With crowded hallways and noisy gymnasiums, high school is a place for more than textbooks. It can be the happiest, most confusing and scariest time of an adolescent’s life. But it can be the most challenging for the underclassmen with changes occurring that are both mental and physical. Going to school with 17-18 year olds […] 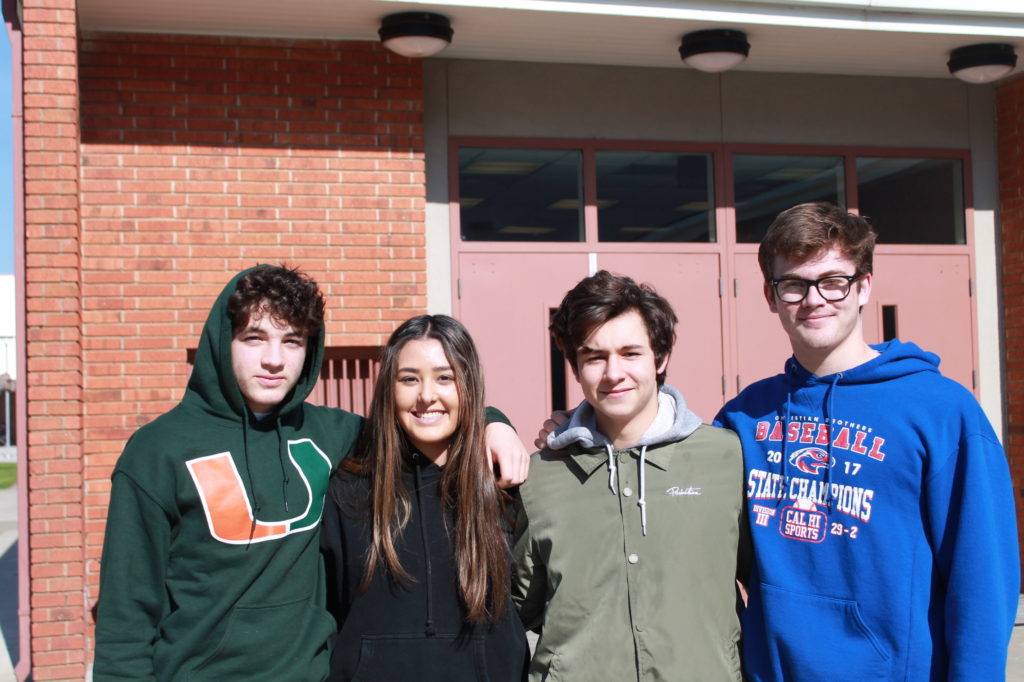 With crowded hallways and noisy gymnasiums, high school is a place for more than textbooks. It can be the happiest, most confusing and scariest time of an adolescent’s life. But it can be the most challenging for the underclassmen with changes occurring that are both mental and physical. Going to school with 17-18 year olds who drive and seem to have perfect “High School Musical” lives can be intimidating to some.

“I definitely was afraid of seniors when I first got to CB”, says Sydney Durana (’20).

Sydney had her first experience with being on a varsity sport this year. Holy Court really showed her how kind her senior teammates really were.

“When I joined varsity volleyball my sophomore year, the fear kind of faded away. Now some of my good friends are seniors,” she says. “I remember going to a teammate’s house to have a meal before the game. I was so nervous — I felt like I was going jump out of my skin. The fear and excitement that I had could not be controlled until I talked to the two captains of the team. They reassured me of my skill and really encouraged me to do my best. I wanted to win so badly, so when we lost I just wanted to cry. The seniors helped me deal with the loss, and with their leadership I became a better player. If I was only intimidated by them, then I would never have learned what I did”

Playing varsity sports can definitely help close the divide between the youngest and oldest class.

“Playing varsity was really scary having to talk to seniors all the time,” says water polo player Sam Noonan (’20). “But it was also great because I got to hang out with people I never thought I would be able to talk to. They always offered me rides when I couldn’t drive and made me feel included.”

Having a senior sibling also decreases the common fear of talking to seniors and allows the younger sibling to become friends with more seniors.

“My  brother makes it way easier to talk to seniors,” says Luke Jones (’20), who is brothers with Jacob Jones (’18). “We watch The Bachelor together and play basketball”.

“If  my brother wasn’t a senior I would never be comfortable calling his friends things like boonky bae,” Will Carrey (’20), who is brothers with Jason Carrey (’18).

It is incredibly easy to label and to become labeled in high school. Everyone is a combination of insecurities and overcompensation. Even the seemingly popular people still pine for Homecoming and prom dates. Every student still walks into the wrong classrooms no matter what grade they are in. No younger students are thrown into lockers or pushed into trash cans like in the movies. The student body at Christian Brothers is both amiable and inviting to all peoples, even freshmen.