You’ve probably heard of four of the greatest people on CB’s campus, who also happen to be related: Mitchell (’18) and John Michael (’21) Berger, and Maddie (’18) and Reed (’20) Mercer. Mitchell and John Michael’s dad married Maddie and Reed’s mom a few years ago. The Berger-Mercer siblings are well known for their fun-loving […] 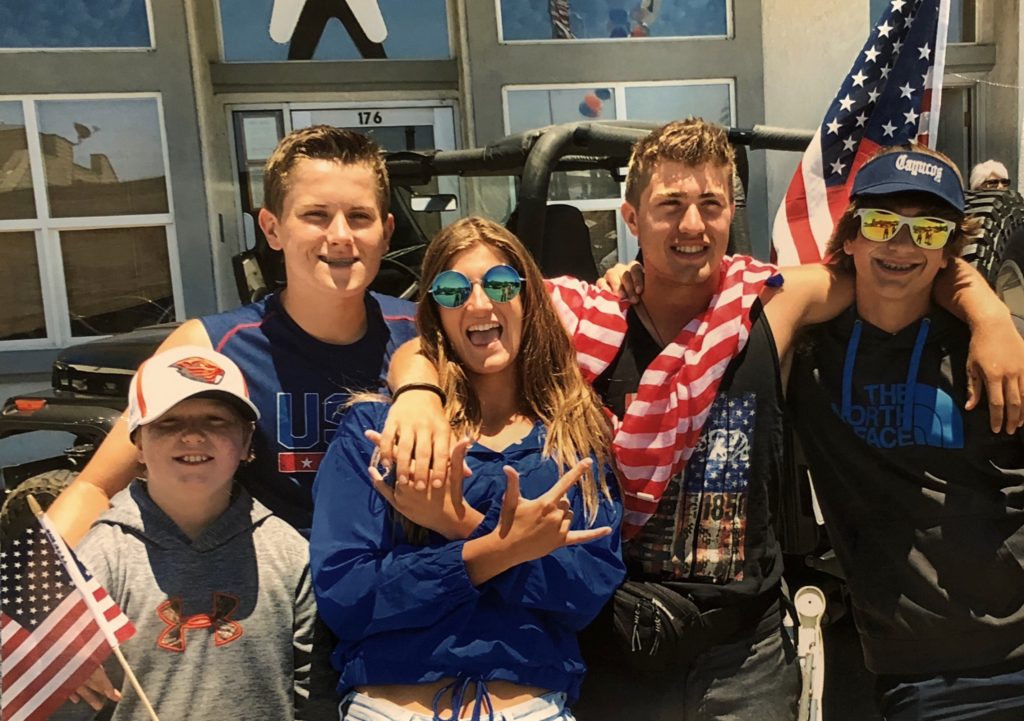 You’ve probably heard of four of the greatest people on CB’s campus, who also happen to be related: Mitchell (’18) and John Michael (’21) Berger, and Maddie (’18) and Reed (’20) Mercer. Mitchell and John Michael’s dad married Maddie and Reed’s mom a few years ago. The Berger-Mercer siblings are well known for their fun-loving energy. I’ve had the privilege of knowing this awesome family for a few years, and I love being around them.

If you thought four kids was a lot, they also have two more siblings – Caitlin ’16, who’s 20 and goes to CU Boulder, and Thomas, who’s 12. Having so many siblings has a lot of upsides. And while most families have a car, they have a huge van. Like, almost a literal bus that they drive around in order to fit all of them. 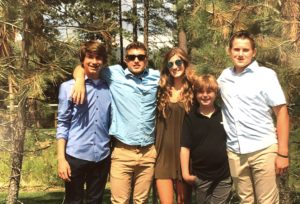 But what is having so many siblings really like?

“It’s really crazy and fun at the same time,” Reed shared. “But I never get tired of it because when I’m bored, there’s always something going on.”

John Michael agreed, adding that it’s “sometimes irritating, but I tend to love it.”

“There’s always something happening. There are literally always so many bodies around, especially when it’s all of us and [our] friends [there too].” Maddie also added, “I think I would get super bored without someone causing some event to occur.”

According to Jeffrey Kluger, author of “The Sibling Effect: What the Bonds Among Brothers and Sisters Reveal About Us,” “one of the most profound effects siblings have on you is that area of conflict resolution skills,” he says. “The analogy I like to use is that what goes on in the playroom is a little bit like kittens wrestling. Kittens aren’t really trying to hurt one another when they bite each other in the neck. They always hold back. But what they learn…when they’re wrestling is what they’ll use later when they do kill a mouse.”

Of course, the Berger-Mercer siblings aren’t a bunch of kittens, but the skill sets learned from having so many siblings will definitely help them out in the long run — whether it’s social skills, conflict-resolution, or finding out which of their jokes is the best.

Sibling rivalry is a real thing, though. Reed added that he has “learned to play aggressively when playing sports, and to be the first in line for food. Sibling rivalry is an event that is constant throughout our family. Whether it’s in sports, or in board games, or in video games.”

John Michael added that they “compete all the time — in everything. It often leads to trouble, but it’s all in good spirits.”

Maddie also mentioned that “sibling rivalry is legit. It’s real, it causes chaos, and it makes for funny stories, especially when it occurs in public. It’s good because it pushes me to work hard and keep up with the chaos. Like John says, it usually leads to trouble, yelling, and WWE brawls.”

They all agreed that dinner was a favorite time for funny moments and family bonding, and that they would never trade their siblings to get to be an only child for the day.

“I’d be so lonely and I don’t like it to be quiet. I’d even miss everybody’s footsteps throughout the house,” Maddie shared.

She also expressed getting along with all of her siblings is pretty easy, despite some disagreements.

“I mean, in a blended family, it’s never going to be easy or perfect, but personally, for us, we all mesh and blend well together. Yeah, we can get moody, but I love my brothers.”

“It’s not really hard to get along, because if there’s a problem, it’s usually 1-3,” Reed said.

“It’s never going to be perfect in any family, but with us it’s not the stereotype family. We’ve gotten tight and certainly get along,” John says, mentioning that he has learned a lot from his older siblings: “I have learned work ethic, smart decisions, and [that] it’s not ‘not cool’ to be drug free and smart. But by senior year people start to realize what they could have done and [regret] the decisions they made.”

John gets to learn these decisions now, thanks to his family. “I think having older siblings, especially ones who excel in both school and sports, has helped steer me on the right path without question. [It’s] something I take for granted, as well as something that will lead me to a good future. I believe I have [been able] to see more things, and I get to meet and hang with upperclassmen.”

There’s a lot of responsibility that comes with being an older sibling — you have at least one (or in Maddie and Mitchell’s case, three) siblings that look up to you, you have to try your best to be a good role model.

“I always want to be a good role model, but also a supportive, kind, and fun sister they’d be proud of. As the older ones, you tend to set a trend on good and bad behavior for the younger ones. As the older sibling, too, I also feel responsible to always have their backs,” Maddie shared.

And even though he’s not the oldest, Reed also added, “I’m the middle child, but I feel responsible for my two younger brothers as well as feel a need to protect them.”

As far as wondering what being an only child is like, they definitely had some questions.

“Is it boring doing activities alone at home when your parents aren’t home, having no one to talk to?” Reed asked. Maddie also added, “I feel as though, being from a blended family, I’m much closer to my brothers and parents. I guess my question would be if an only child would want a sibling?”

But Maddie feels like she hasn’t missed out on anything because she came from a large family.

“I don’t feel as though I’ve missed out on anything. I think that I have learned more life lessons that others have not yet learned or missed out on. Blood alone doesn’t make you a family. I wouldn’t trade the time I have spent with my family for anything. They have helped to make me who I am today. [I] learned patience, acceptance, [how] to be thick-skinned, have my brothers’ backs, and put family first. Plus, I love when my brothers hang out with me and my friends. They’re hilarious.”

This made me wish I was a part of the Berger-Mercer family. Maybe I can be an honorary member?

So how is being an only child different (besides not having siblings, of course)?

Jordan Aceves (’18) described what her day-to-day life is like as an only child.

“I just have a lot of alone time and I’m kind of always, like, by myself, which sounds depressing, but it’s not. I spend a lot more time with friends, I think, because I [need to] ‘fill that gap’ of not having siblings. I’m not really sure what the difference is. When I was younger, I really wanted a younger sister. But now that I’m older, I’m so happy that I’m an only child — I can’t imagine living any other way. I get lonely sometimes, but that’s what my friends are for, again, it fills that gap.” 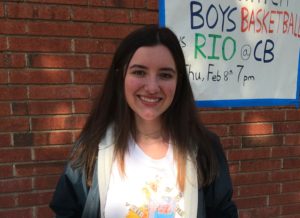 When asked if she would trade spots with a kid from a large family for just one day, she was very adamant. “No, no, no, I would not. I actually really like being in a small family because there’s only three of us. It’s really easy to get tables places, get reservations, go to the movies, find seats, stuff like that.”

But what’s the difference between parental expectations for an older sibling versus an only sibling?

“My parents are [very] hard on me because I’m their only kid, and they expect me to be this perfect model of excellence. And they expect a lot out of me; they’re always on my back, like helicopter parents — they’re constantly on me. I can never just do something and get away with it. I’m the only one in the spotlight, I guess.”

She kept pointing out that she has a lot of time to herself. “How do you have time to deal with [so many siblings]? I don’t have time for other people in my average day at school. Is it hectic?”

“I guess the only thing I missed out on is the whole ‘sibling rivalry’ thing and that whole sibling love thing, I don’t really get that. I feel like because I’m an only child, I’m really bad with people skills sometimes. I didn’t start getting good at that until, like, junior year.”

So it sounds like there are some real upsides to both being both from a large family and being an only child. There’s a lot to learn from siblings, from the constant competition to the guidance of an older sister. And being an only child has its perks when it comes to convenience and having time for friends. So if you have a few siblings, maybe you’d want to try being an only child for a day, or maybe the next time you see any member of the Berger-Mercer clan, you’ll ask if you can be an honorary member, like me!