You are here: Home \ Community \ Featured Posts \ Uncategorized \ The Caffiends Of CB
Community
0

Oh, coffee. The black nectar that powers the world. Plenty of people are addicted to the caffeine buzz of coffee. Or maybe it’s the fact that some people literally cannot function without their daily cup of joe. Either way, coffee is a powerhouse, especially here on the CB campus. I’m sure we all know at […] 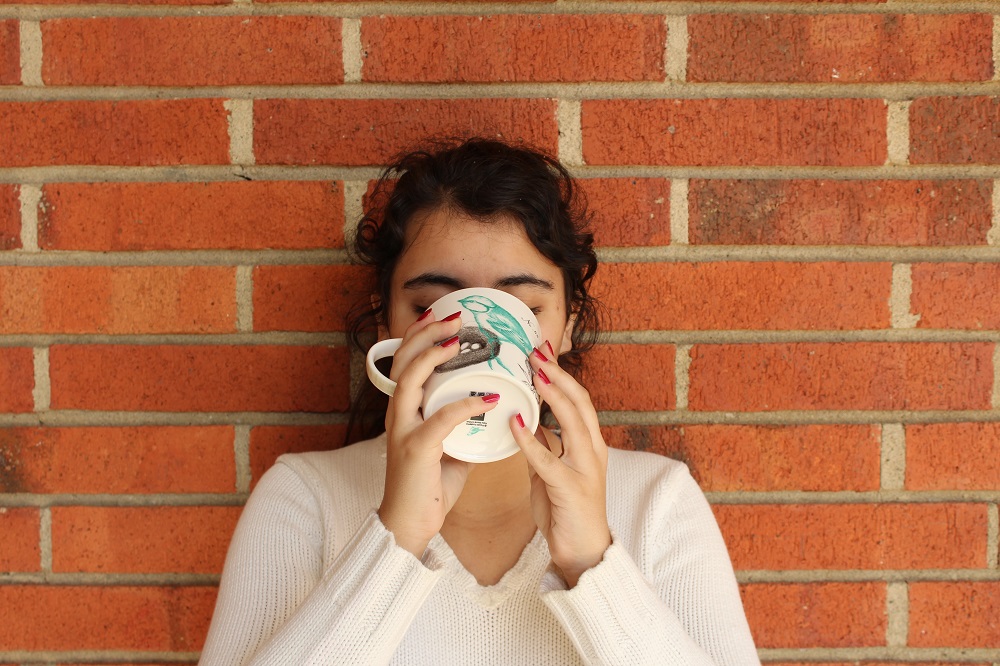 Oh, coffee. The black nectar that powers the world. Plenty of people are addicted to the caffeine buzz of coffee. Or maybe it’s the fact that some people literally cannot function without their daily cup of joe. Either way, coffee is a powerhouse, especially here on the CB campus. I’m sure we all know at least one person who is never seen without a coffee in hand.

But of course, not everyone loves coffee. Some people only drink it for the caffeine, some for the taste, and some people don’t drink it at all. What’s for sure, though, is that coffee is the drink of CB.

“I definitely drink coffee for both taste and energy,” says Sabrina Hirsch (‘18), who is a known coffee addict among the senior class. “Most people are astounded that I only drink it black, but I love its naturally deep and rich flavor. Coffee is also the only thing that gets me up in the morning.”

Personally, I’m a “once-in-a-while” coffee drinker. Sure, I like a latte or cold brew every now and then when I’m feeling especially sleep deprived, but it’s not a daily habit. But for some people on the CB campus, coffee is a daily necessity.

“I bring coffee to school every day, and have been since freshman year,” says Sabrina. “It’s become sort of a trademark for me at this point.”

It’s true. Over the four years we’ve been at CB I have yet to see Sabrina without a cup of coffee in her hand. Is there an award for extreme coffee dedication? Because if so, Sabrina undoubtedly deserves it.

Meanwhile, Preston Winters (‘18) is a fellow once-in-a-while coffee drinker, saying she has it “two to three times a week.”

“I drink it for the taste,” says Preston. “But I do notice a different in myself energy wise. I’m a lot nicer!”

The amount of coffee people drink varies from person to person, but there’s one thing every coffee drinker usually has in common: they’re addicted.

“Unfortunately, I am a complete caffeine addict, having anywhere between six to eight cups a day and a couple cups of tea as well,” Sabrina admits.

Preston definitely isn’t as addicted as Sabrina, but she would still rather have coffee than not:

And therein lies the question: are you addicted to coffee or could you theoretically go without it and just choose not to?

Well to those of you who think “Coffee isn’t that addictive! I could totally quit!”, Sabrina has a word of warning.

“In October [of last year], I quit [coffee] cold turkey for ten days and went through extreme withdrawals—excruciating headaches, fatigue, extreme irritability,” she says. “[It] took me about five days to get over, before I was functioning [fully] again. During those five days after [quitting], no amount of sleep was ever enough. I was getting a solid eight hours a night and [I] would still pass out in at least three of my classes each day. I barely survived without coffee.”

And quitting isn’t the only way caffeine can bite you in the butt. Just needing coffee on a daily basis can lead to caffeine headaches galore.

“I can’t even sleep in anymore because I’m used to coffee early in the morning,” says Sabrina. “If I wake up around 11:00, I will have a horrific headache and be suffering withdrawals.”

Now all this isn’t meant to scare you off of coffee — although I know it is pretty terrifying — but to put coffee drinking in perspective. Coffee, like anything, is best in moderation. A cup now and then isn’t going to hurt anyone, but what people don’t realize is that you can build up a tolerance, and you will need more and more caffeine to get the same amount of energy one cup of coffee used to get you. That one cup of joe that used to get you moving in the morning with turn into two, then three, and soon you’ll find yourself with an IV drip of coffee. Okay, so maybe I’m exaggerating, but it got the point across didn’t it?

The fact that so many people at CB rely on coffee isn’t that unbelievable. High schoolers naturally have difficulty going to bed earlier than around 11:00 PM, but we have to get up early to get to school on time. Not to mention a lot of us are just dumb and stay up way later than we should. Either way, it’s no surprise we have to rely on caffeine to get us functioning in the mornings.

The Talon decided to ask these addicts for coffee recommendations, because if anybody knows coffee it’s those who drink it constantly. But it turns out that for most coffee lovers, it’s not a matter of different types of coffee being better than others. It just comes down to getting caffeine in their systems in some form.

“I’m not super picky about places [to get coffee], as long as the coffee is good,” Preston says.

Sabrina shares a similar sentiment. Although, she is adamant that Peet’s Coffee is “100% better than Starbucks or Dutch Bros,” which I may or may not agree with depending on how many angry Starbucks lovers are reading this.

Whether you drink coffee on the regular or only drink it when you need a pick-me-up, everyone can agree that coffee is vital for those days when you just don’t have enough energy. But, it’s important to remember how addictive it is and just how easily you could fall into the hands of the caffeine king.