You are here: Home \ Community \ Featured Posts \ Rare Fears From Your Peers
Community
0

Rare Fears From Your Peers

\ Phobias. I can grantee that most of you have experienced at least one of them in your life. Some common phobias include acrophobia (fear of heights), astraphobia, (fear of thunder or lightning), and autophobia (fear of being alone or of oneself).  For me, its arachnophobia (fear of arachnids/spiders). I genuinely hate spiders and wish […] 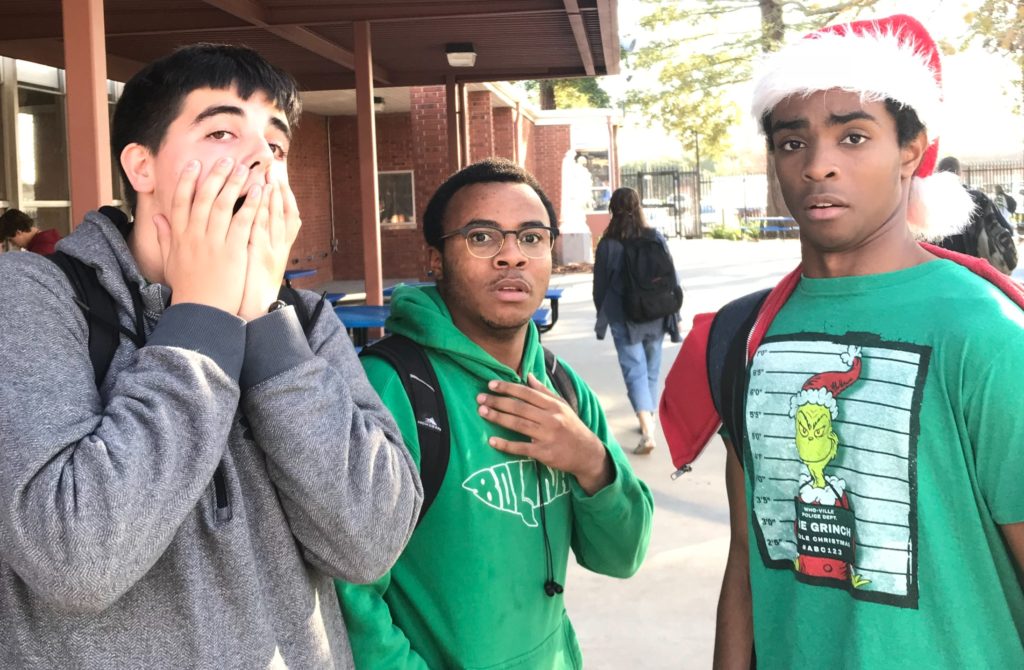 Phobias. I can grantee that most of you have experienced at least one of them in your life. Some common phobias include acrophobia (fear of heights), astraphobia, (fear of thunder or lightning), and autophobia (fear of being alone or of oneself).  For me, its arachnophobia (fear of arachnids/spiders). I genuinely hate spiders and wish that they were never a part of this world. Many articles have the potential of possessing repulsive or shocking pictures. Thankfully some articles have a warning to “graphic” or “disgusting” pictures. I recall a time when I was reading an article, and a picture with a countdown starting from 3 and a caption stating “Huge Spider Warning” popped up. My finger never clicked the back button so quickly.

Most of these fears are common, but there are many people out there with fears that one can consider to be uncommon to have. The Talon collected testimonies of unusual fears around the campus.

Trypophobia is the fear of irregular clusters or patterns of small holes or bumps on a certain area. Examplesof these include honeycombs, seeds, bubbles, wounds, etc. Trypophobia came up a lot from different people as I was asking individuals about there phobias. Katie Jimenez (’18) and Samantha Noe (’18) discovered that they had this fear after reading about it various articles.

“I was reading an article on an animal news site, and one of the pages had a picture of a sick sea turtle, which had some sort of barnacles all over its shell,” Katie stated, “The people in the picture were picking the barnacles off which exposed the shell to look like sunflower seeds. I was really disgusted by it, and it sent goosebumps down my spine.”

After asking her about her phobias, Samantha told the Talon that she dreads the thought of anything to with Trypophobia.

“I genuinely hate anything to do with that [trypophobia],” Sam said, “I knew I had a fear for this type of stuffafter I saw my first example of typophobia. Even thinking about it gives me goosebumps right now.”

According to fearof.net, the part of our brain that controls our response to phobias is called the amygdala. It is responsible for all of our immediate reactions to any sign of a phobia our brain considers to be harrowing. Some scientists are puzzled by the amygdala’s potential, so they still have not explored it fully.

Nondiurnalaquaphobia is the fear of dark bodies of water. Many people believe that this phobia is a stem off of the fear of the unknown. This is mainly due to the fact that this fear is sensed when one does not have any idea what or who is beneath them in the water. Evan Watkins (’18) initially did not believe he had this fear, but he informed the Talon about his realization of his phobia.

“I actually developed this fear while watching a TV show that featured people being attacked while swimming in murky water at night. It made me uneasy to put myself in the same kind of environment,” Evan pointed out,”I have swam in lakes and oceans where the water had poor visibility, and I felt like something or someone was going to pull me under.”

It is unsettling to not be able to see what is beneath your body when swimming. Some people imagine the worst scenario when in this situation such as sharks, another person, or something that can bite. This is the work of the amygdala. Generally, it will maintain a state that makes one feel anxious or uneasy when in peril or distraught. It is hard to break out of this state since panic is the first outcome for many people.

The fear of matches or matchbooks is known as spirtophobia. Peyton Salyer (’18) always dreaded any signs of matches being used around her. She mentions that she thinks she gained this phobia after accidentally burning her hand with a freshly lit match.

“When I was a bit younger, I had accidentally singed my finger with a big match,” Peyton commented. “After that experience, my initial reaction to matchbooks became more of a horrid reaction. If you were to pull out a match right now, I would probably freak out.”

An abundance of the known phobias are originated from algophobia, the fear of pain. Spirtophobia is a perfect example of another phobia being branched off into its own fear. Other examples include the fear of being struck by lightning, bitten by an animal, stung by a jellyfish, etc.

There are a variety of things to be scared of in this world. You may have a fear that may seem to be awkward to admit, but there is a high chance that someone else possesses the same phobia as you, whether it be the fear of small bumps, dark bodies of water, matches/matchbooks, spiders, or small areas. Honestly, these terrors we have are a big factor in our uniqueness from others. In a way, the fears we obtain actually help us progress with our everyday lives. Try to look at your fears as a way to exploit your singleness.