Just as the Grinch tried to steal Christmas from the people of Whoville, finals have come to steal the happiness from CB students before Christmas break. But unlike the Grinch, finals will not be growing a heart three times its size and restore the Christmas spirit, so we Falcons must find a way to survive. […] 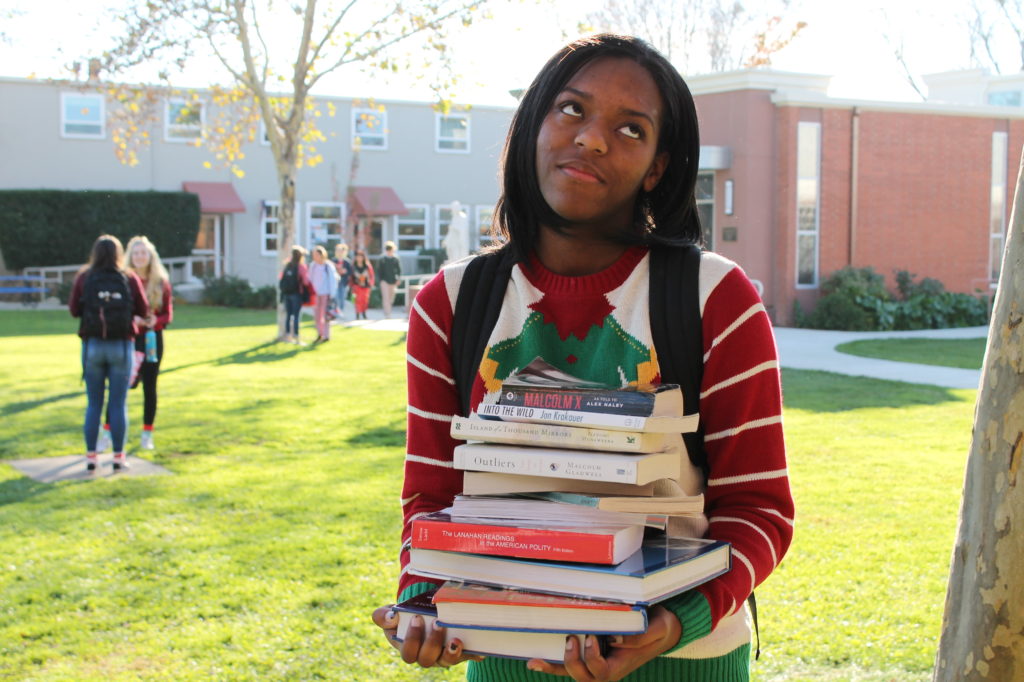 Just as the Grinch tried to steal Christmas from the people of Whoville, finals have come to steal the happiness from CB students before Christmas break. But unlike the Grinch, finals will not be growing a heart three times its size and restore the Christmas spirit, so we Falcons must find a way to survive. With our hearts set on the joys of Christmas, it is often hard to focus on studying for finals. Not passing finals can lead to bad semester grades, erasing all the hard work done over these last four months. Nobody wants that. But fear not, CB’s own beloved online newspaper is here to show you that you are not alone in your feelings towards finals week.

Students of all grade levels react differently to finals. It’s no secret that Class of 2018 will be graduating in less than five months, so as seniors, finals bring on mixed emotions. For some it’s a breeze.

“I feel great, man. I’m a senior and I am living. I am not worried. I have good grades,” says AP student Caira Johnson (‘18) cockily.

But after a moment of reflection on her last high school fall finals, she adds, “But since they’re this good, the only place they can go is down, so I guess I’m a bit worried.”

Being a “bit worried” is perfectly normal, even for someone who has been through six finals in their entire high school career.

For others “bit worried”, isn’t even close to describing how they feel.

Even at the mere mention of finals, Jordan Young (‘18) automatically responds with one simple word.

But for those last few, fall finals have just become another step on their road to college.

“[Finals] make me feel happy because then it’s Christmas and then I’m halfway done with senior year and I can live my life in college and get a degree and start a family…” says Cianna Hamilton (‘18).

Even though all seniors react differently to finals, studying in some way, shape, or form is still in the midst of their plan even if it’s not necessarily on the the top of their to-do list.

“Semi-wing it, semi-study. I don’t stress myself out too much,” explains Cianna, a current 4.0 student.

“I basically just look at [the material] the night before,” admits Jordan.

So if you’re a senior, this is the last fall finals you’ll ever have for high school, so try to study, but don’t sweat it too much because college is just around the corner.

Fall finals for seniors may have become irrelevant on the journey to college but for juniors, finals are an entirely different world.

“I’m in distress. I feel like [finals] have come so soon. This year went by pretty fast,” says Alanna O’Neill (‘19), an AP and Honors student.

Time does fly junior year with the chaos of trying to look one’s best for colleges by taking advanced courses and countless extracurricular activities.

Borderline grades are the worst, especially with colleges all looking at you. Grades are of utmost importance junior year, so hopefully teachers will be kind enough to bump those pesky borderline grades up.

Even if a grade bump is a likely possibility, juniors should still concentrate all their energy into studying. Isa was kind enough to briefly explain her study plan to the Talon.

“Focus on review days. Probably get some study groups together. And Quizlet. Lots of Quizlet.”

In times like these, Quizlet becomes a man’s best friend.

Even with Quizlet, junior year is arguably the hardest and most important year of final test taking, which makes sophomore year a stepping stone to the most stressful year of their lives. Of course, sophomores, being the presumptuous class that they are, don’t see it that way.

“I want them to come. I want to get them over with,” Vanessa Toledo (‘20) boldly states.

In agreement with the go-with-the-flow attitude of her fellow Falcon, Lolo Larraguivel (‘20) adds, that “I will study whatever my teachers tell me to study on the review day, but I’m not too stressed.”

Typical sophomore attitude. Study sophomores, colleges will be seeing how you do.

Now for freshman, who have never taken high school level finals before, here’s some advice from your fellow students:

“Don’t stress over it. It’s all in your head. Once your teachers give you your study guides on your review days. You realize how easy it is.” Lolo Larraguivel (‘20)

“Study as much as you can then go to bed. It’s always easier than you think it would be.” Alanna O’Neill (‘19)

“Look on Quizlet for some of the complete study guides. They will be there.” Caira Johnson (‘18)

“Just wing it. If your grade is high enough then it really doesn’t matter.” Cianna Hamilton (‘18)

“Study but don’t stress yourself out too much because freshman finals aren’t that difficult. They get harder. It’s not as intimidating as it sounds.” Grace Bunting (‘18)

“If you don’t do well on them, it’s okay, don’t beat yourself up about it. Just try your best, but it’s not the end of the world if you fail.” Jordan Young (‘18)

Whether you’re a freshman, sophomore, junior, or even senior, you can survive finals by reminding yourself about a few simple things: Quizlet and Sparknotes are both free and extremely useful study tools, study groups are plausible with the right people, teachers are always in their classrooms ready to help you before and after school, and healthy eating and sleeping always come before school. Most importantly, remember that finals aren’t the end of the world — it isn’t life or death. It’s just some test that everyone has to take for teachers to access the your overall understanding of the class. In the long run, finals will have little impact on your high school career, so just relax and take it easy.