Omg She Flippin Dead! Just Kidding, Vine Is Back

Vine may have been killed by Twitter on January 17th, 2017, but like all great things, IT HAS RESURRECTED. After the creator of Vine, Dom Hoffman, tweeted, “V2,” many people have been filled with hope. Soon enough, we will no longer have to watch Vine compilations and talk about the app nostalgically. For the sake […]

Vine may have been killed by Twitter on January 17th, 2017, but like all great things, IT HAS RESURRECTED. After the creator of Vine, Dom Hoffman, tweeted, “V2,” many people have been filled with hope. Soon enough, we will no longer have to watch Vine compilations and talk about the app nostalgically.

For the sake of honoring Vine 1.0 and preparing for Vine 2.0, we are going to share CB students’ favorite vines and talk a little bit about vine culture.

First, let’s start with our personal favorites. Kristina says, “I would say that my favorite vine is either miss Keisha, Gavin, or Oovoo javer and Guy Fieri vine.” Paulina says, “My favorite vine would have to be revenge time or the hoarder lady laughing in a pile of clothes.”

A few students from CB wanted to add to our list of legendary vines. Sierra Martin (’18) reminds us of a vine by reciting her favorite vines word for word, “Road work ahead, I sure hope it does,” and ‘OH MY GOD THEY WERE ROomATeS’.”

Olivia Busch (’18)  jumps in to add, “Hurricane Katrina. More like hurricane tortilla!”. She goes on to explain that “it makes [her] laugh every time” because of the kid’s expression and the way he says tortilla.” She and Sierra both agree that they love all the Gavin vines, particularly the one of him saying ‘hi’ to his girlfriend across a huge lawn, with the flour, hi-fiving the puppy, and the crawling spider. If none of you remember Gavin Mastodon, he was the little kid who’s uncle frequently recorded candid comedy of the toddler. If that description did not even spark your memory, Gavin is pictured below in one of his more iconic videos, which was later turned into a meme series. 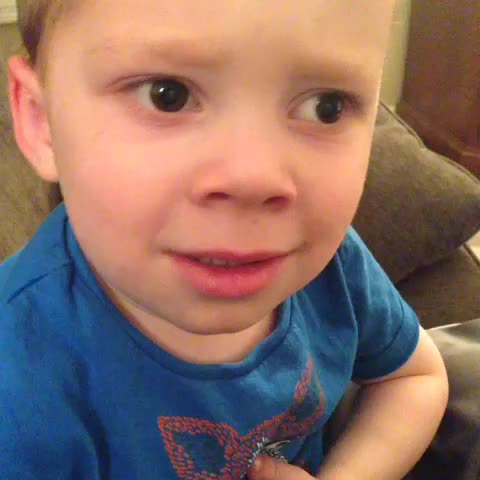 In fact, Olivia and Sierra had a lot of vines on their mind. Sierra says another favorite of hers is the American Girl Doll vine (“I know more about American Girl Dolls than you do, GeNIuS *dramatic exit*) because it reminds Sierra of her little sister, Natalie.

Cassidy McCallum (’18) always references the X-games vine, which is one of her favorites and she also tells us that she always laughs at the vine of the girl honking, causing and old lady to throw a gallon of milk.

Delaney Bird (’18) and Saya Chabra (’18) recite, in unison, the Patricia and two guys chillin in a hot tub vine.

After being reminded of all the different memorable vines, we also took a critical look at the culture vine created. Many of us were familiar with career viners (Nash Grier, Jake and Logan Paul, LeLe Pons, Katie Ryan, King Bach, Christine Sydelko, and more), people you either love or really do not like. Actually, from what we have heard, most people do not like the celebrity viners, and prefer the independent ‘one hit wonder’ vines.

During vine, we also have seen a comedic exploitation of children, like Gavin Mastodon and Katie Ryan. In Katie Ryan’s case, she had her fifteen minutes of fame on Vine. Her comedy was great while it lasted, but let’s be honest, her humor peaked at age five. Her parents have exploited her childlike comedy for fame and are sadly dragging out her act — which is now obviously scripted — on YouTube to remain relevant. Another person who is trying to stretch their fame is Jake Paul. He is a very infamous viner, who has taken to Twitter, Instagram, and YouTube to continue his painfully dull act. Will these annoying and stale viners return to V2? Will they become popular again, or will new celebrity viners reign?

We will not know until the release of Vine 2.0. If it ever releases. No one is aware of the release date, because the only clue given to the public was an ambiguous tweet by the creator of Vine, Dom Hoffman. Social Media experts suspect that it may be a while until Vine will be up and running again. Another speculation mulling around the interwebs is that Vine 2.0 will be familiar, but different and modified — if it ever returns. The fate of Vine looms over its loyal followers’ heads, who wait in anticipation for its return — yet, there are no promises their loyalty will be rewarded.

(Some links to our favorite vines were not included due to explicit language. But feel free to hop on YouTube yourself and look them up).