Lady Bird Is The Word

Lady Bird is a paean to teenage life. It follows Christine McPherson, or “Lady Bird” as she has dubbed herself, as she goes through her senior year of high school, struggling to find who she is as she daydreams of leaving to attend college in New York. But that little synopsis blurb only scratches the […] 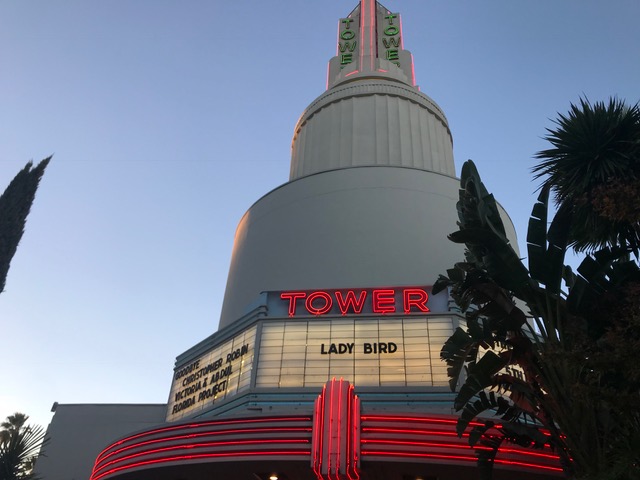 Lady Bird is a paean to teenage life. It follows Christine McPherson, or “Lady Bird” as she has dubbed herself, as she goes through her senior year of high school, struggling to find who she is as she daydreams of leaving to attend college in New York. But that little synopsis blurb only scratches the surface of what this film is and what it means.

Christine is a teenager — she’s headstrong, compulsive, expressive, voices her opinions loudly, effects people around her in positive and negative ways without meaning to, and she’s “absolutely certain” about her future (Haha, NOT!). She’s on the brink of adulthood and thinks she has a clue of how to deal with it. Oh, and did I mention this all takes place in Sacramento? Yeah, our Sacramento.

Greta Gerwig, who wrote and directed Lady Bird, grew up in Sacramento, attending Phoebe Hearst Elementary and St. Francis High School. The film is a semi-autobiographical look at her senior year in 2002-03. The names may have been changed and the people’s personalities shifted slightly, but a lot of the film is based off of real life events.

How often do we see Sacramento portrayed in film and TV? Almost never. When you’ve got San Francisco and Los Angeles to counter with, it’s hard to compete for star Californian city. But Lady Bird portrays Sacramento with so much love and emotion. It communicates the sensation of hometowns being beloved yet simultaneously claustrophobic. Shots of various Sacramento monuments are interspersed throughout the film, serving as a reminder of all the greatness of one’s hometown while Christine frantically tries to get out of hers.

I think there’s something special that CB students can find in Lady Bird. Everyone who grew up in Sacramento knows the feelings of love for the various places around town: Tower Theater, the Sac Zoo,  McKinley Rose Garden, the Tower Bridge, the rivers. But as students in a Catholic school, the movie is just so dang relatable. Even though Gerwig attended St. Francis and not CB, there’s some things that are just “Catholic school things”.

At one point in the film when Christine is dancing at Homecoming, a nun passes by and says “Remember to leave six inches for the Holy Spirit!”, something we have aaaaallll heard at one point or another. It’s the small things like that that lend so much to the film. The little things that make you smile and see yourself reflected in the movie and it’s events.

And seniors can find another element to latch on to — Christine’s journey through her senior year holds a lot of moments that relate: her struggle for identity, her lack of meaningful direction in life, her confusion, her fallouts with friends, her simultaneous love of and need for distance from her hometown and the people in it.

As a senior at CB who has lived in Sac all her life, I found myself sitting in the audience at Tower Theater completely dumbfounded at how much the movie got right. I saw so much of myself reflected in the film. And I’m not the only one.

“I really related to the main character feeling emotional [when] she drives in Sacramento. Sacramento will always hold a special place in my heart … and I can really relate to her appreciating the beauty of Sacramento.”

Olivia feels that Lady Bird got a lot of the little nuances of growing up and living in Sacramento right as well.

“I found the jokes super funny, like when they ask Lady Bird where she’s from and she eventually responds San Francisco because no one knows where Sacramento is.”

“I could relate to most of the movie. I mean it’s about a girl that goes to a Catholic high school, is a senior, and lives in Sacramento. How much more relatable can it get? Even though I didn’t relate too much to the main character in terms of beliefs or aspirations, the situations she found herself in were very relatable at times which made the movie more engaging and entertaining.”

The movie is so fantastic in that everyone can find a piece of themselves in it. Not just seniors, or Catholic high schoolers, or even Sacramentians. It’s a portrait of teen life, but it’s more than that; it’s about finding meaning in one’s life, it’s about relationships between parents and children (specifically mothers and daughters), it’s about fondness for hometowns, it’s about so much all at once.

I think my favorite thing about the movie is that it’s not trying to make some big statement. The movie isn’t about a searing issue — it’s just the portrait of a young woman on the verge of adulthood who is trying to figure out who she is, and the various pitfalls she experiences during the length of her senior year.

“The movie made me super emotional about leaving Sacramento in less than a year,” says Olivia. “It made me realize how much I take it for granted and how much I truly love Sacramento…it gave me a new appreciation for Sacramento and how much of a wonderful place it is to grow up.”

“The movie helped me to see the beauty in Sacramento. Growing up here, it’s easy to accept things as the norm when really they are actually quite special. It was really interesting to be able to look at certain shots and say that I’d been there. Like, ‘Oh, I saw a movie there last week’ [or] ‘I took homecoming pictures there a few years ago.’ It was kind of a weird feeling.”

I’ve been asked by multiple people after they found out I was writing this article if they should see Lady Bird. The answer, for me, is always yes. It doesn’t matter who you are — this movie holds some truth in it for everyone. I cannot stress enough how special this movie is. It holds the elements of a masterpiece, a level of film directors spend their careers trying to achieve. And this comes from a first-time director! Gerwig has already proved herself as an amazing actresss in films like 20th Century Women and Frances Ha, which also filmed some scenes in Sac. But this film is a testament to her abilities as a director. She communicates the lives of real people and nails the complexities of being human in a way that makes the audience feel so close to the characters on screen.

I know this may all sound rich coming from a 17 year old. What do I know of life? Not much. But what I do know is that I saw myself reflected in Christine. Sometimes it’s hard for teens to even comprehend their own feelings, so the fact that Gerwig understands and portrays teenage emotion so convincingly is astonishing.

So, what are you waiting for? Go see Lady Bird. Now! It’s too great to miss.