Kicking & Swinging: Not Your Average Sports

Soccer, basketball, volleyball — at one point or another, your parents signed you up for these sports so that you wouldn’t spend your days lounging around the house. If they were lucky, this was hopefully the beginning of a long and successful career as a soccer player or whatever it was that she was hoping for. But even […] 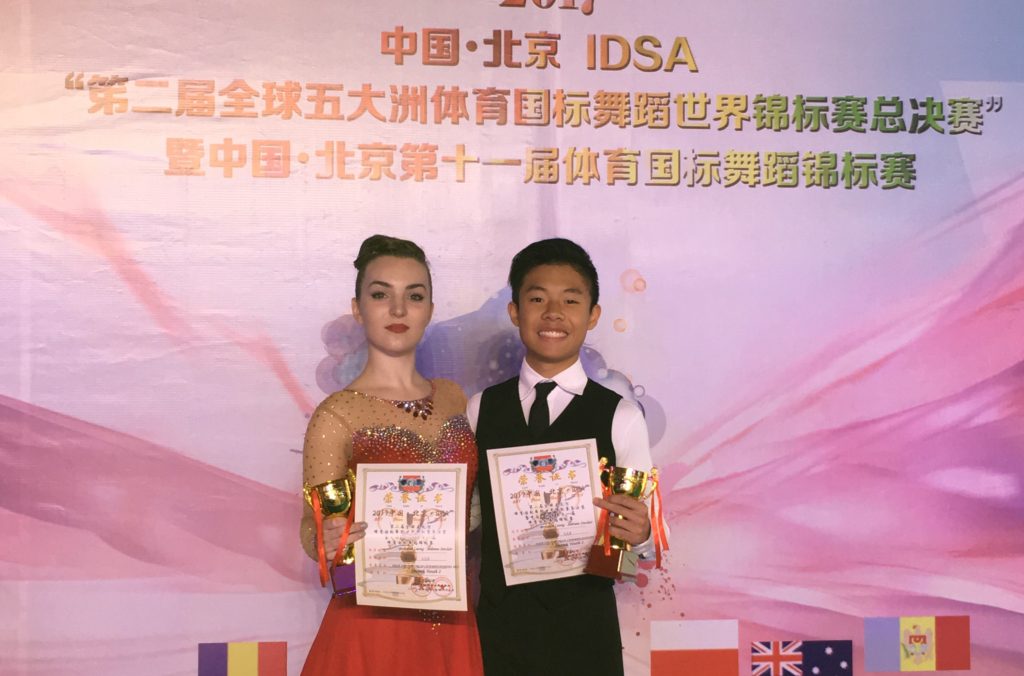 Soccer, basketball, volleyball — at one point or another, your parents signed you up for these sports so that you wouldn’t spend your days lounging around the house. If they were lucky, this was hopefully the beginning of a long and successful career as a soccer player or whatever it was that she was hoping for. But even for those students who never got into the spirit of playing traditional sports, they still had alternatives for staying physically active.  I took the plunge to figure out how our fellow Falcons like to spend their time and discovered a few unique activities that they like to engage in.

Brandon Luong (’19) told me more about an uncommon activity for dudes in his age group: ballroom dancing.

“I got into ballroom dancing in the 6th grade,” he explained. “They had instructors from the VIP Dance Ballroom Academy come to my school and offered to do classes. It sounded like fun, so a couple of friends and I decided to join.”

Sounds simple enough right? But Brandon assures me that this is no easy feat.

“In Ballroom Dance, you need to have stamina as well as strong muscles in your leg, back, and arms. During the dances you need to hold your position for about one minute and thirty seconds, which doesn’t really sound like that long, but it gets really tiring and wears our your arms and back very quickly. ”

Though many think of ballroom dancing as just being done for fun, it is actually a serious sport.

“The competitions are very demanding,” Brandon says. “When I compete there are about 20 heats that you compete in, and for each heat the number of performances you can have can range from three to five dances. I compete in four categories: International Ballroom, American Smooth, Rhythm, and Latin. Normally, you are required to compete in five heats, usually more. There’s always an awards ceremony at the end of the competition for the best performers.”

But then there’s the question that for some parents is the reason they enroll their kids in competitive sports to being with: Will this help pay for college?

“There are small scholarships, like when you win money at competitions, but there aren’t any big scholarships,” Brandon conceded. “I would love to continue this after college, and if I stay in Sacramento for college I probably will, but if I go out-of-state or even just leave Sacramento, I don’t think that I will be continuing it.”

However, that doesn’t mean that ballroom dancing is without its merits.

“My proudest moment was when I went to China to compete in the USA Open World Championships,” Brandon beamed. “The competition was tough, but I ended up taking first place in American Smooth with my partner, and I ended up placing for second and third place as well.”

Emily Davis (’18) told me about more about a rather violent activity that she likes to partake in: karate. 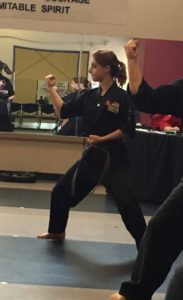 “I got into karate when I needed to play a sport in sixth grade and my friend Sabrina told me about Kovar’s [Karate Studio]. She’d been doing it for years and I decided to check it out. At first I was petrified,” she explained with a laugh. “Everyone else was doing all of these complicated things in front of their peers, but I was pretty intrigued by it. ”

A first degree black belt, Emily tells me that achieving this goal was one that required months of dedication.

“Karate is very physically demanding if you want to excel. Every class includes at least a fifteen-minute hardcore workout where we pump out weird and fun exercises, like spider-man push-ups, burpees, and a series of pyramid exercises. just to name a few of my favorites,” the senior says. “It takes a lot of time, so it’s really demanding when you try to pair up with other activities. We spend three or more days a week in a forty-five minute class where we work on all kinds of things like self-defense to sparring to jiu jitsu. Training for your black belt, on top of going to classes, means that you have to go to a two hour class every Saturday for about two months at our main school to train with the top instructors.”

But all of that hard work counts for something, as Emily recounted her journey to snatching her black belt.

“It was one of the best two months of my life. The people I met there were incredibly kind and supportive, and they always made sure I was doing my best. I was the most fit that I have ever been during those two months, as I was also doing summer school PE. So eventually, I was working out six days a week for two hours a day.”

Emily took things a step further by finding a way to give back to the growing community of kids interested in pursuing karate as a sport.

“I do a little bit of teaching on the side. Over the summer, I taught every Friday for about three classes prior to my own class. Teaching was incredible and the students are so much fun. The group that I was teaching was the little samurais who are about four to six years old. They are so full of energy and even though it can be a hassle to get them to concentrate — they always put a smile on my face.”

Karate not only gives Emily something to do after school, it is also really good for her personal development.

“Karate has been one of the best things that I have ever done in my life,” she said adamantly. “It has given me a community in which I am not afraid to be myself. It was a huge boost for my confidence and has taught me that community is one of the most important things that a person can be a part of.”

You don’t have to be part of a sport here at CB when there are plenty of alternatives to choose from. If any of these activities  piqued your interest, you might want to try sitting in on a session, similar to what Emily did when she started getting into karate. Who knows — maybe this could be the start to you fulfilling one of your unrealized passions. And even if you are completely terrible at it, you could at least say that you put yourself out there, which is more than what most people do. Just learn to take a leap and be okay with hitting your head on the pavement sometimes.