The Quest For Clout

Power. Authority. CLOUT. Celebrities like Playboi Carti, Li’l Yachty, Denzel Curry, and Migos have been represented recently in music industry as having Clout. But does that mean they really have it? According to Urban Dictionary clout is  “Power, fame, money, influence, style, etc.”. On the other hand, I wondered how one is able to […] 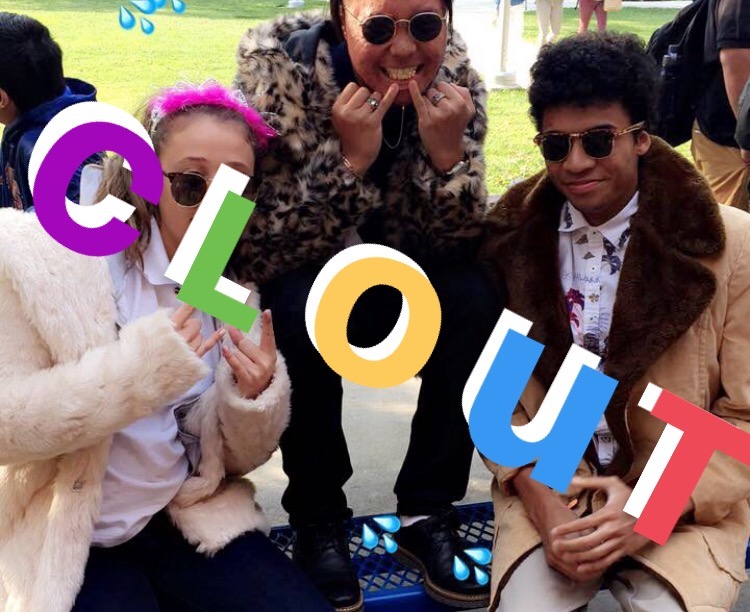 Power. Authority. CLOUT. Celebrities like Playboi Carti, Li’l Yachty, Denzel Curry, and Migos have been represented recently in music industry as having Clout. But does that mean they really have it?

According to Urban Dictionary clout is  “Power, fame, money, influence, style, etc.”. On the other hand, I wondered how one is able to gain this quality. The Brother Bears of CB are known for the amount of “Clout” they possess. The bros in this group consist of football players Jack O’Hearn (‘18), Michael Grandstaff (‘18), Jonathan Stone (‘18), Will Warner (‘18), Jacob Jones (‘18) and baseball players Mark Powers (‘18) and Jason Carrey (‘18).  But how does one gain Clout?

“One is not born with Clout, it is something earned,” member of the Brother Bear clan Jack O’Hearn  says. “One can gain clout by constantly laying down blueprints of prudence, or in other words, a bag of facts.”

Jack expresses strongly to have Clout, you must be honest and able to take a hit. Jason Carrey, another Brother Bear member, also agrees that Clout is not something one is born with.

“One must earn Clout. No one is born with it because it is earned through one’s life,” he says. “Clout is the way which my friends and I live by because we help each other and got each others backs no matter what, proving that we all have clout.”

Clout is not exclusive to one gender, but rather a way one represents oneself.

“Yes, girls can have clout. And in fact there are multiple girls I know that have Clout [to be honest]” Jason stated strongly. Girls that are fellow friends with Jason: congratulations, you have Clout.

According to the Bears, living the Clout life is a sacrifice you have to make. But sacrifice is also Clout. So get in touch with your CB Brother Bears and maybe you will be initiated in with some Clout.

How are we able to recognize in the streets who has clout? A former trend created by the late Kurt Cobain was his oddly shaped white ovals shades. Christian Roth, who designed Kurt’s official shades, decided to bring back this design this past May to commemorate him. But even before Roth was able to get his design out, brands such as ACNE studios, Raen, and even Saint Laurent came out with a pair. This trend stepped on the runway and soon caught on.

The term Clout Goggles is what the shades are now recognized as. Rest in Peace Kurt Cobain: your shades have touched another generation.

The main question that comes into mind is: does Clout depend on your actions, or does it depend on what you wear and how you portray yourself as an individual? 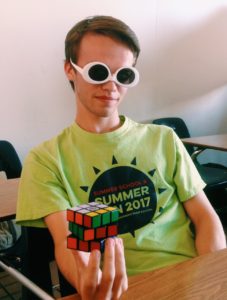 Ron Camasura (‘18) has walked the CB campus in style for the past four years. His ‘fits have often consisted of pieces from Tommy Hilfiger to Supreme.  Ron believes Clout is defined in one style and how they live their life. I asked the walking runway his opinions on Clout.

“Clout does depend on both action and what one wears,” Ron says. “One can’t rock Clout Goggles with one’s shoulders hunched forward — that doesn’t add up. Confidence is key on what one desires to gain Clout”.

While commenting and asking people on Clout, I have learned our school as a whole hasn’t necessarily hopped onto the trend. Junior Jacob Dong (‘19) summarized it perfectly when he said: “The more you talk about how much Clout you have, the less you have”.

In my discovering on what Clout is , I agree that Clout is the idea of influence on others. While one’s true Clout is only formed when is unaware of it, speaking on your own clout actually causes you to lose it. So sit down, be humble, gain Clout.