An all school lunch has left the STEM wing silent. Its hallway is deserted and classrooms empty. But nestled in one corner of the otherwise desolate wing within one of the Engineering Classrooms is room 601, where meets the CB Computer Science Club. They gather around one table in the middle of the classroom, perfectly […] 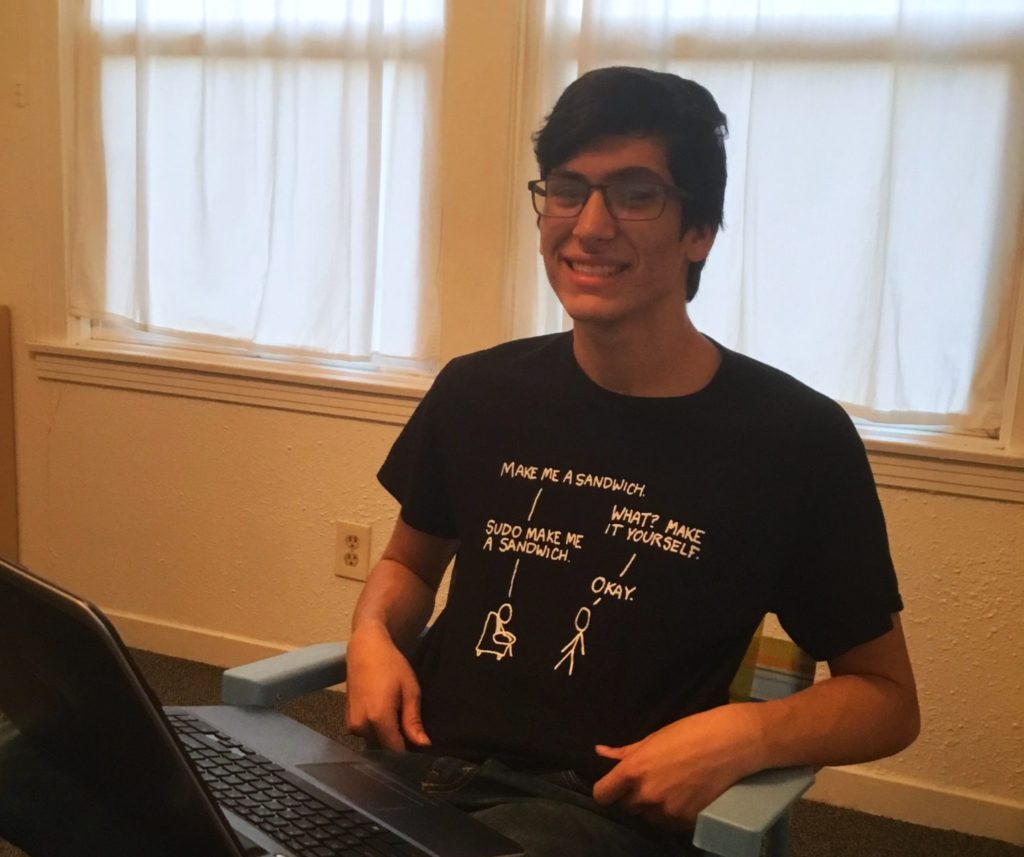 An all school lunch has left the STEM wing silent. Its hallway is deserted and classrooms empty. But nestled in one corner of the otherwise desolate wing within one of the Engineering Classrooms is room 601, where meets the CB Computer Science Club. They gather around one table in the middle of the classroom, perfectly situated so curious passersby can peer in at their work if they please. While the meetings are never especially big, this one is especially slow. No more than five members, including myself, have bothered to show. They all talk and joke for a few minutes, watching a video about Facebook creator Mark Zuckerberg and trying unsuccessfully to Airplay the same video over the Apple TV for their room. While everyone is in high spirits, it is clear no one has very high hopes for the meeting. After a little while, the group thins and club president Nathan Battimarco (’19) officially adjourns the meeting.

Nathan, who took the helm at the beginning of this year, has high expectations for his club. Although he has only been in charge officially for a few months, he is very careful to make the right decisions for the sake of his new institution. Nathan even went as far as to postpone doing an interview with the Talon, stating that he didn’t think the club had done anything particularly newsworthy yet. He also made it clear he believed that doing an article when the club had not accomplished anything substantial would not be the kind of publicity he was looking for.

Nathan had been a loyal member of the Computer Science Club over the past two years, but had seen a steady decline in membership at the end of the 2016-2017 year. He jumped at the opportunity when he was invited to head the club by former President Matthew Signorotti ’17.

He recalls that there when he was first introduced to the club, it was not particularly popular.

“It was always a similar group every time, one younger student and one friend group of the president, maybe with some random faces spliced in here or there,” Nathan said.

Over the next few months, Nathan worked to hone his skill at computer programming from a casual hobby into something much greater.

“I put the cart before the horse. The plan was just a daily regimen [of coding]…I learned the basics of one language, Python 3.5.  I got a book, Automating The Boring Stuff With Python, and just went chapter by chapter. I also learned to talk to people on the web. It was very dangerous. My name and location was told to me by an anonymous person online.” 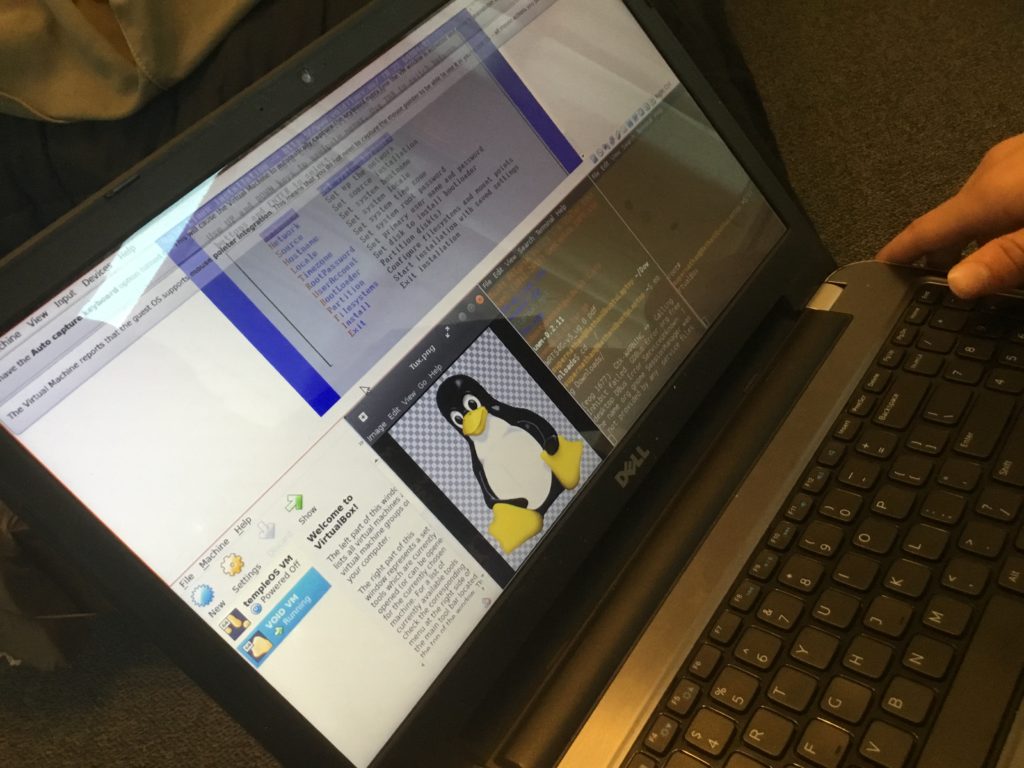 But aside from his own escapades online, Nathan has tried to translate his interest in computers into an effective club. Instead of the way the club was previously set up, in which the entire group would decide on one branch of computer science and then try to work on that for a few months, he has tried to structure it like a forum. Members  get the opportunity to discuss the projects they are working on on their own. As Cristina Maestu (’19) describes it, “the club allows each member to do anything they wish within a productive work environment so long as it’s related to computer software, coding [or] mechanics.”

At the beginning of the year, many members chose one field they wished to tackle over the course of the year, and they were obligated to do some work on this from time to time.

“I wanted to get a more diverse skill set” says Nathan “The utopian dream is to have everybody become proficient or semi-proficient.”

“I personally have very little background in computer science, so I’m trying to get a foothold” says junior Tristan Kimball (’19). Tristan, who is an avid member of the club, decided to go with game design for his first individual project. “I’m starting using a game engine called unity and trying to learn C# to code for it. After that I plan to either make games using it or move on.”

As a beginner, Tristan is partial to the setup of the club.

“The idea is really smart,” he says, “the club provides encouragement and discipline for people like me to self-educate in code, and I like the idea of doing group projects once we’re far enough along.”

As Tristan mentions, there are also overarching topics which Nathan wants to club to focus on in some meetings.

“An idea is just working on server creation, like hosting a web page or directory here on campus. Another more complicated idea is just to host our own small isolated internet,” Nathan described.

But Nathan still faces the challenge that many club presidents across campus face. How does one make sure that their members do not get bored with it, and how do they make sure that the clubs do not die altogether in the process?

“My hope is that we’re in a slump, and once we get out of this depression the goal is to work on more project based stuff…more larger group projects,” he says.

Tristan, for one, has faith in Nathan’s abilities, “I think Nathan’s plan for running the club will work really well if he can execute it. Weekly meetings should push us to get work done, and if he does special topics it might give us direction. It will be really cool and engaging if he goes through with plans to bring a guest speaker or two in later in the year, and it will be awesome if by the end of the year we can have some group project to show for our efforts.”

However, Tristan still agrees with his club mates that things may not work out exactly as everybody had hoped.

“Unfortunately, there’s been a fair bit of space between meetings, and not as many people have really gotten into working yet. Junior year is busy, so even despite Nathan’s plans being good we may just lack the time and resources to accomplish them.”

Fellow member Tyler Chen (’19) disagrees, saying “I think its really poorly structured…if he can set up a system where people can actually do work then maybe [it will work]… but currently people just show up to talk.”

“The flaw is that he doesn’t know how to structure anything!” exclaims Tyler. “Its everyone do whatever you want, and don’t necessarily learn as a group, and he can’t teach it because he doesn’t know [it] himself.”

Nathan recognizes, though, that the niche appeal of the CS club may seem daunting to some, but he explains that it is not as difficult as it seems “There’s this notion in my head and in the club member’s head that they need to know something before they start building something else, you don’t need to know how to code to do something, you don’t need to know how to [use] Python to set up a web server, the software’s already there and ready, you just need to follow instructions really, and put your own creativity in it.”

Despite the disagreement over his leadership of the club, Nathan reiterates he is doing all he can.

“If I knew that there was an already successful framework I knew that attracted new people and that created interest of the projects on its own, organically, then I would definitely copy that. My goal is to find that dream management system.”