Is Social Media Ruining Your Life?

Social media. It’s something that we all love, some of us a little bit too much. Snapchat, Twitter, Instagram, teenagers have it all. But with all of these available to us at the press of a button combined with the impulsive nature of teenagers, there is bound to be trouble. With the rise of these apps, […] 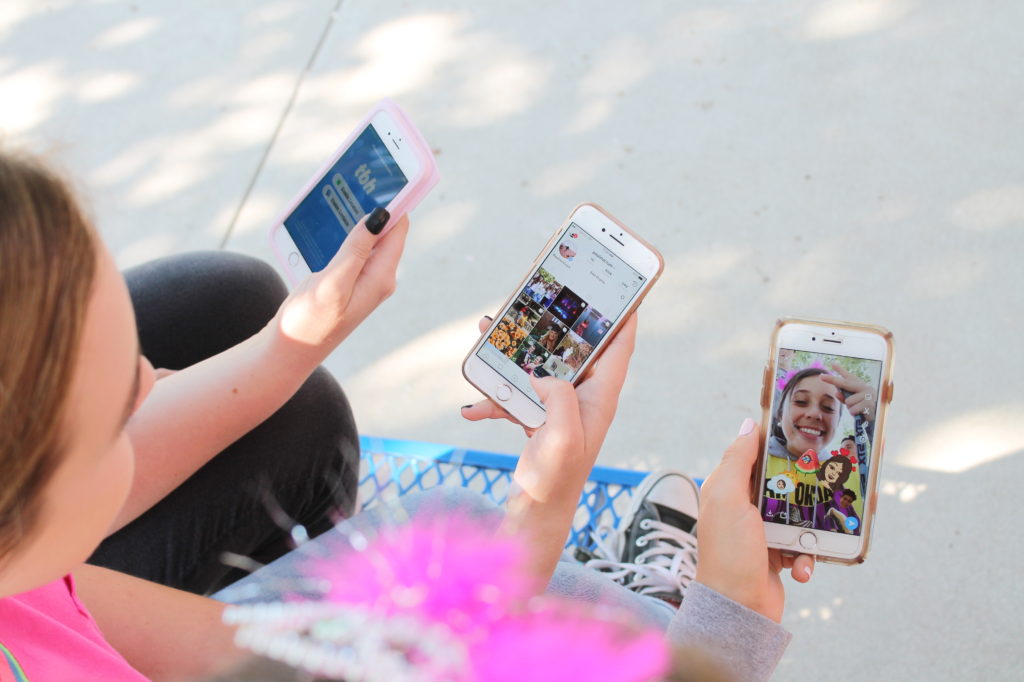 Social media. It’s something that we all love, some of us a little bit too much. Snapchat, Twitter, Instagram, teenagers have it all. But with all of these available to us at the press of a button combined with the impulsive nature of teenagers, there is bound to be trouble. With the rise of these apps,  there are some on the CB campus who feel like when people use them they become more superficial or annoying. I decided to head into the CB community and figure out the most common ways that people misuse these beloved apps.

You’ve probably heard the phrase TBH thrown around in some capacity. According to Urban Dictionary, TBH stands for “to be honest”, usually said when someone makes an admission about how they feel about something. “Like for a tbh” is a phenomenon popular on Twitter, wherein people have their followers like their Tweets in exchange for an honest, if overly sappy, opinion of them, where the person responding normally says that they’ve always thought the other person was nice or that they should hang out more. Since TBH has become so ubiquitous in the social media world, it’s no wonder that it has led to the emergence of the highly addictive new app, simply called TBH.

“TBH is an app where you add friends and vote people from categories and superlatives like ‘most likely to succeed’ or ‘most likely to streak at Holy Bowl'” explains Ria Chabbra (’21). “It sends a message to the person you voted for letting them know that someone voted them for that category. However, it is all kept anonymous.”

The main point of the TBH app seemed to be that it stressed the anonymity of the people responding. But since all, or the majority of the  categories that people were voting in, are positive, what was the point of keeping all of this anonymous? Couldn’t you just compliment these people in real life? It seems so superfluous to have to use an app to compliment people. However, like most social media apps, there are downsides to TBH.

“Well some of the people who are on TBH take the categories really seriously, even though most of them are just really random,” Ria says. “There are a few people who have started rumors about others based off of what has been said on TBH, and it’s honestly just really stupid.”

“Honestly I don’t think that I would really advise anyone to get the app” Ria admits. “It starts unnecessary drama and it gets really old. It’s actually really annoying. It was just sort of something that was kind of a novelty when it started out, because it was fun, but I think it’s over now.”

“One of my pet peeves about Snapchat is when people snap me stuff that’s already on their story,” explained Sierra Martin (’18). “But the worst one is probably when people post really long Snapchat stories, like just one after the other, then you just have to keep scrolling through all of the snaps.”

“I like Snapchat because I like being able to see what other people are doing in their lives” Ashley Kim (’18) said. “At the same time though, it can be kind of weird, because if two of your friends are hanging out, and they’re posting stuff and you can see it, it can make you feel really left out.”

Both Ashley and Sierra agreed that the feeling of exclusion extends to other features of Snapchat as well.

“With the new geo-location feature on Snapchat, it’s like you can see where your friends are. ” Sierra says. “So if they tell you that they can’t hang, but their real location is that they’re actually at home sitting on their couch.”

Ouch. That’s pretty disheartening. So with all of these negative aspects associated with Snapchat, is it really worth it?

“I think it is” Ashley replied. “There are a lot of good aspects of Snapchat. There are a lot of news articles on Snapchat that you can read about and there are stories on people from all over the world. It sort of acts like news for a lot of young people because personally I don’t have time to watch the news in the morning so if I’m in a hurry, I’ll check Snapchat and I’ll see news from around the world that I wouldn’t know about otherwise.”

“I think it’s a really fun way for people to connect with each other” Sierra commented. “You’re going to get problems with any social media, but as long as it’s not really bad, it’ll be okay. I think the good outweighs the negative parts.”

“I feel like on Instagram the people there aren’t presenting all of the real things that are going on in their lives” Ashley says. “I read an article that mentioned that on social media people only ever post about the good things that happen in their lives as opposed to posting about everything so it creates a really distorted picture of what their lives are like.”

But even though Instagram seems to be the worst of all the social media apps, there is no denying the app’s growing influence in life, especially for those with a high number of followers.

“I definitely follow celebrities on Instagram” Ashley pointed out. “And it’s good because then they can use it to raise awareness for issues that they care about or help bring in donations for stuff, like for the victims in Puerto Rico.”

So all of this sounds nice, and all, but it kind of makes you wonder if you should even bother to deal with social media when it seems like such a hassle.

“I can’t stand social media” Sabrina Hirsch (’18) tells me bluntly. “I think it’s horrible, a complete waste of time. It’s none of your business what I’m doing with my life. If we’re friends, you can ask me and I’ll tell you. There’s no need to overshare and tell the whole world what you’re doing.”

Sabrina also brings up another important topic that many media-savvy teenagers tend to neglect nowadays: the idea that social media will always have repercussions. “Besides all of the cyber bullying and everything, what you put on social media will stay on there forever, it doesn’t go away. Not that I would ever post anything that was bad, but it’s just that people should be more cautious about what they put out there. Colleges can check your social media and what you say on there can really come back to bite you in the [behind].”

At the end of the day, we have to weigh both the pros and the cons that come with having social media. Social media can often be really frustrating but also a terrific way to waste time. But without social media, long-lost friends from third-grade wouldn’t still be in contact, and there wouldn’t be any other way to view the fantastic memes that overpopulate Twitter every year after the PSAT. There are those who vehemently oppose it and some who advocate it at every corner. It’s just one of those things that people will have to agree to disagree on. You can’t make everyone happy, but with social media, you can make yourself happy. And isn’t that all that matters?