This summer the sun might have been out, but it didn’t have its usual bright shine. While students were enjoying their new summer freedom, a tragedy occurred. A fellow Falcon fell. After a short four and a half years of life, Christian Brothers has been deprived of her glowing presence forever and may never be […] 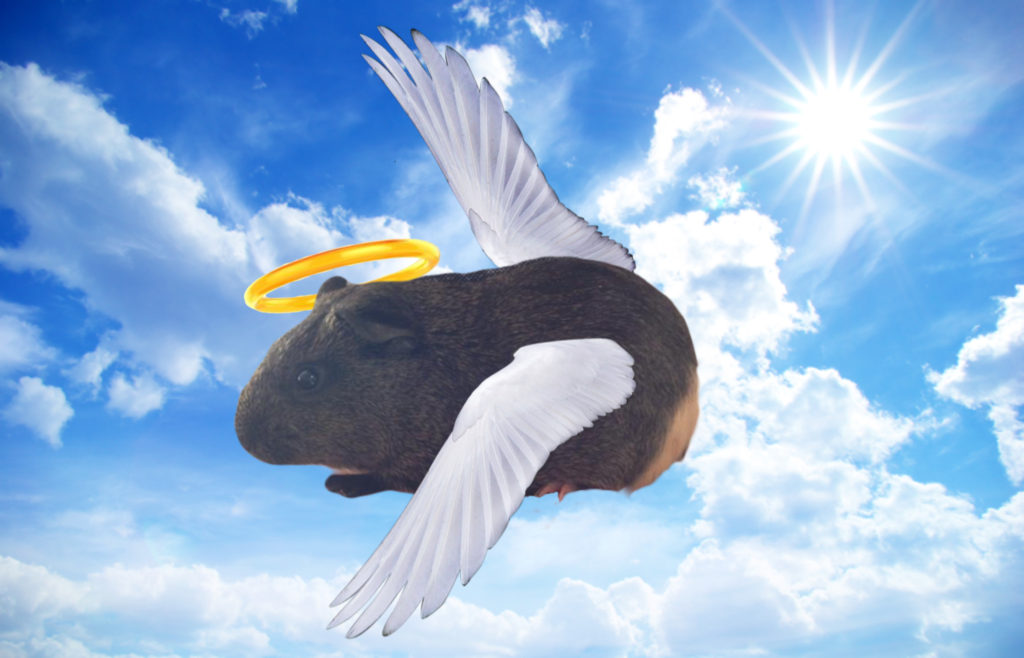 This summer the sun might have been out, but it didn’t have its usual bright shine. While students were enjoying their new summer freedom, a tragedy occurred.

After a short four and a half years of life, Christian Brothers has been deprived of her glowing presence forever and may never be the same. Rest In Peace Angelica “Angie” Keller, the greatest guinea pig on campus.

With an average life span of five to seven years, this catastrophe took many by surprise.

“I have no idea why she died or how,” Ms. Holly Keller, Angie’s loving owner, claimed. But whatever the case, we mourners should not focus on her death, but instead celebrate her life.

After searching and searching for a female guinea pig in July of 2012, Ms. Keller finally found Angie. Like most guinea pigs, she was small and very delicate at birth, but soon grew into the beautiful guinea pig we all knew and loved. She resided on the back shelf in her luxurious home of room 503. She got along well with the students, so she was often allowed outside of her cage during class.

Jordan Aceves (‘18) reminisced about some of Angie’s adventures free in the class during her sophomore year of chemistry.

Although Jordan’s class deprived other sets of playing with Angie inside her ball, they still got to enjoy her presence in the class.

Matthew Miles (‘18), a former Chemistry student of Ms. Keller’s, remembers a time where Angie could just relax in peace during class.

“Doing labs, I sat at the table right in front of her cage and she would always run up and eat her food and watch us. We would always feed her carrots. It was nice.”

Although her life consisted of being fed and played with by students, Angie’s habitation in room 503 created an unexplained energy in the classroom. Ms. Keller’s chemistry students are forever bonded through their love of Angie.

And now that’s she gone, Ms. Keller says she’s “taking a break from guinea pigs finally.” This is understandable with the stress of the new school year and the recent passing of her beloved guinea pig but it does remove a certain aura that came from having an animal in the classroom.

So now, unfortunately, we must say goodbye to Angie as she makes her journey to guinea pig heaven and leaves the rest of us stuck in high school. Rest In Peace Angie. Live Angie in our hearts forever.