From Spanish to Statistics, there are a variety of course choices here at Christian Brothers. This year, the senior class was given the opportunity to choose to enter one of five different literature classes for each semester. These include Film in Literature, Children’s Literature, Dystopian Literature, Literature of Comedy, and African-American Literature. Harold Mathis (’18) chose […] 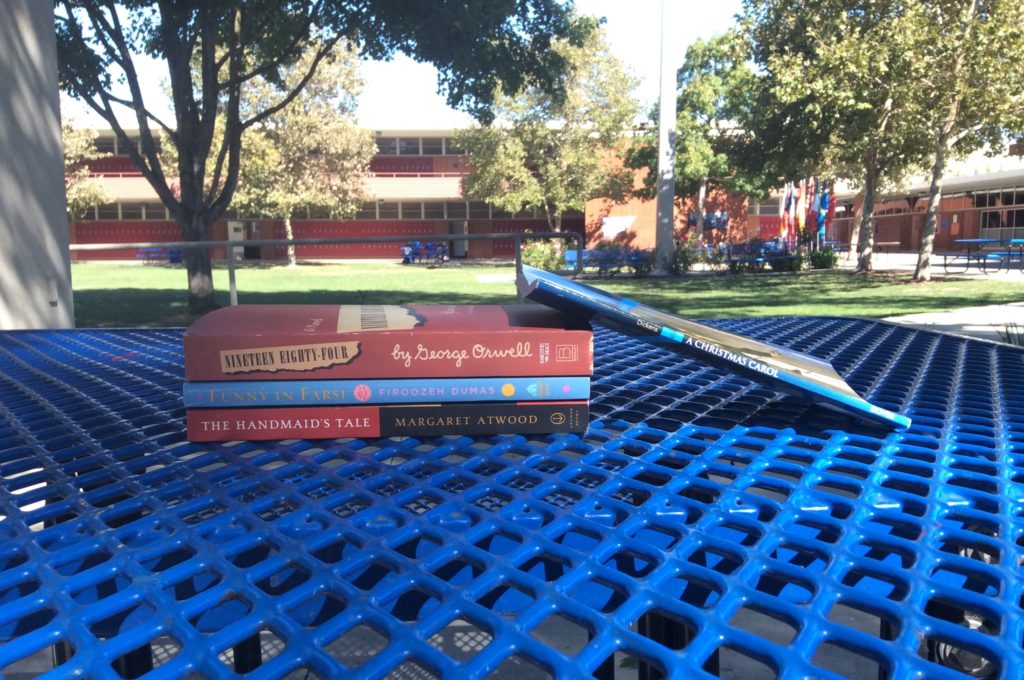 From Spanish to Statistics, there are a variety of course choices here at Christian Brothers. This year, the senior class was given the opportunity to choose to enter one of five different literature classes for each semester. These include Film in Literature, Children’s Literature, Dystopian Literature, Literature of Comedy, and African-American Literature.

Harold Mathis (’18) chose Film in Literature for his first semester class. In Film in Literature, students learn about the camera angles utilized in movies and how directors make certain movie scenes happen through other technological methods. Harold said he signed up for this class because he wanted to know why audiences get so hooked on movies.

“I chose film because I enjoy watching lots of movies with friends and family and I was hoping that this class would help me become a better critic to movies,” he said. “I also chose this class because I was curious about the various camera angles movies have for specific scenes.”

Movies have taken up a majority of this generation’s time. According to David Hinckley of Daily News/Lifestyle, the average human watches five hours of television each day. With this fact in mind, it makes sense that a lot of the senior class tried to sign up for this class.

Unlike Harold, Damon Sterrett (’18) decided to take Children’s Literature. This class covers the psychology of children when it comes to literature. Specifically what makes a story interesting to a child. Damon explained to the Talon about his interest in child psychology when reading.

“I really enjoy the class. It’s interesting to see what appeals to children when reading,” commented Damon.

Appeal to the reader is the number one thought that all writers must have when trying to write a piece of writing. The material that is covered in Children’s Literature support the ideals that all children desire. Younger students have started to lose interest in literature, so it is important to keep the appeal of children at a higher level than those of adults and teenagers.

For Noemi Martin (’18), Dystopian Literature was the ultimate decision for her literature class. In this class, students observe different dystopian societies that authors portray in books, short stories, and poems. Noemi stated her passion for the class so far to the Talon.

“Out of all the options (literature classes), Dystopian Literature seemed the most interesting because I love futuristic stories and the whole dystopian society thing intrigues me,” Noemi stated,”It’s fun to see where we could end up and what kind of things could happen to humanity.”

As I am taking this class as well, I can agree with Noemi in terms of the interest of humanity’s future. The students of this class share a common curiosity for the possible outcomes of humanity. We learn about the failure of continuous attempts for a utopian society, hence the name “dystopian”.

Cesar Borrego (’18) found an interest in Literature of Comedy when he was debating on his choice for his literature class. The concepts of this class are focused around what makes a person laugh when reading. Cesar expressed that he wanted to improve his writing structure.

“I chose literature of comedy because it would bring me a combination of structural writing practice and hopefully a few laughs here and there,” replied Cesar.

When it comes to writing, comedy is always a good option. It is a subtle way to keep the attention of readers. In this class, the importance of keeping the reader’s attention is key to a successful piece of writing. It does not hurt to include jokes that can be appealing to the reader, furthering the fascination of the story.

African-American literature is not being taught at the moment, Throughout this class, the idea of literature as a sense of this “voice” will be addressed. The Talon received insight from one of the teachers who will be teaching it next semester.

“We are going to be viewing the literary works of African American culture,” Mrs. Annie Vanenburg stated. “We will also be observing the use of literature as a form of empowerment for the authors.”

Literature is a very powerful weapon. It can be used to persuade others into believing specific subjects and has the capability to give a voice to those who do not wish to express themselves in an uncomfortable manner. As time passes on, hopefully the students will realize that they too can use literature as their own voice.

Although these classes teach completely different topics, they all have one thing in common: they allow a choice, giving a feeling of empowerment to the students. I can say that I always feel content when I enter my literature class because I know that this class is a class I chose and not one that I was required to take. It is an exemplary way to prepare our seniors for the college experience.