An Idiot’s Guide To Rick & Morty

(Image courtesy of Creative Commons) A wacky scientist and his young sidekick and crazy adventures full of laughs and destruction. No, it’s not Mr. Eckel’s chemistry class, it’s something far more tame than that: pop culture smash hit Rick and Morty. Since its debut in 2013 on Adult Swim, Rick and Morty has been met […] 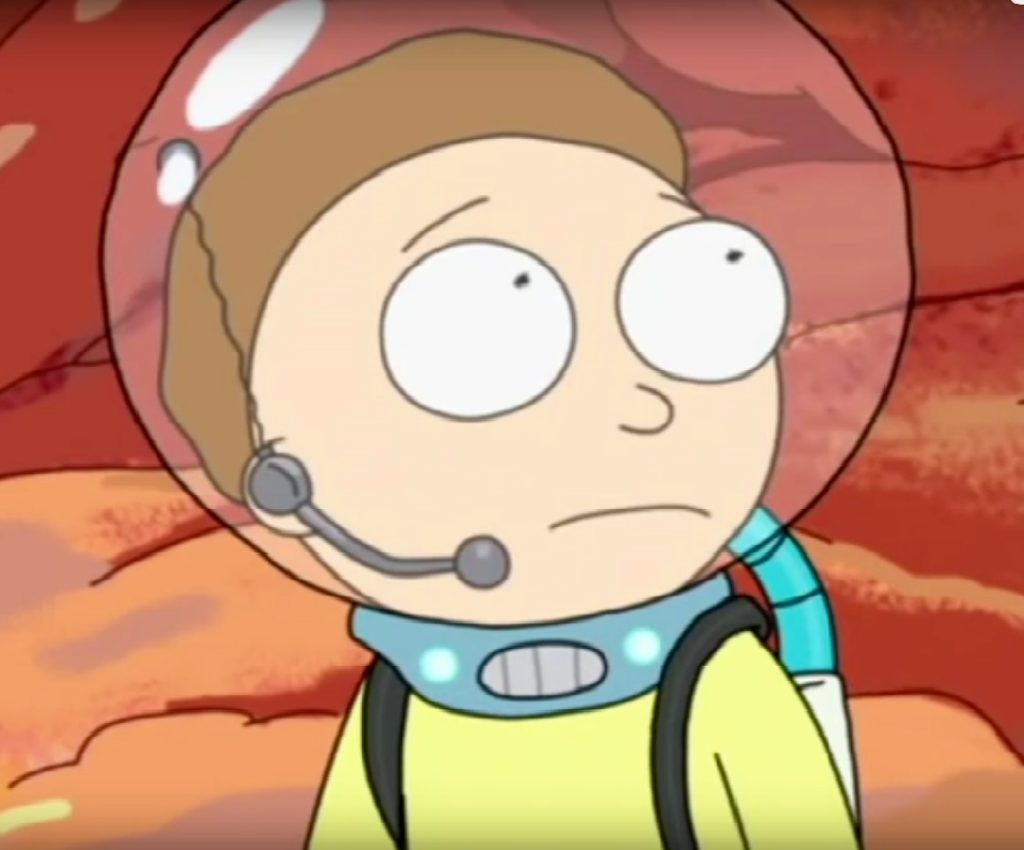 A wacky scientist and his young sidekick and crazy adventures full of laughs and destruction. No, it’s not Mr. Eckel’s chemistry class, it’s something far more tame than that: pop culture smash hit Rick and Morty. Since its debut in 2013 on Adult Swim, Rick and Morty has been met with rave reviews. Currently, it’s near the top of the list of most popular TV shows, and even wields enough influence to bring back a limit edition McDonald’s dipping sauce on the basis of an offhand joke.

Like many popular shows, Rick and Morty has a strong following at Christian Brothers High School. The question “have you seen the newest Rick and Morty episode?” seems like a weekly ritual in my A Set Ceramics class.

“It’s funny but also gives me an opportunity to think,” says Lucca Batturaro (’18).

Aidan Smith-Fagan (’18) describes the show as “a sharp, inspired, and hilarious trip through the imaginations of its writers and one that isn’t afraid to confront real issues.”

“It’s a subjective show that only some people like,” Matthew Lee (’18) tells me. While definitely true, “some people” is a large and ever growing number.

But why is Rick and Morty so popular? Despite its bright colors and many laughs, the show delves into some pretty dark and challenging topics. In fact, Rick and Morty takes many of its cues from nihilism, a philosophy that rejects all religious and moral principles, often in the belief that life is meaningless. Sounds depressing? Definitely.  So how do creators Justin Roiland and Dan Harmon use nihilism to create a highly-rated comedy? As a warning, minor spoilers are ahead for seasons one and two.

Irreverence is one of Rick and Morty’s overarching themes. In the spirit of nihilism, the show trivializes everything in an attempt to tear down our false misconceptions of life’s highly esteemed facets.

Let’s take a look at one of the show’s most iconic episodes, Season 2’s “Get Schwifty”. When giant cosmic heads appear around earth, Rick and Morty have to create a new hit single to save their planet from destruction. While this intergalactic equivalent of The Voice plays out, a new religion develops in response to the uncorrelated actions of the alien heads. When the truth finally comes to light, people are confronted with the stupidity of “Headism”’s complex doctrine and traditions. The episode as a whole is a crushing criticism of religion itself and humanity’s attempts to find meaning in random events.

Rick and Morty also takes some serious shots at morality. Rick is a moral black hole of alcoholism, violence, and selfish behavior. He couldn’t care less about the universe and goes out of his way to do the wrong thing. Morty on the other hand does his best to help others. But whose approach works out better? While Rick almost always gets what he wants, every attempt by Morty to do the right thing inevitably fails. In “Mortynight Run”, Morty’s selfish rescue of a sentient gas cloud only results in death and destruction. On the verge of finally sending his new friend home, Morty has to kill him to prevent an invasion of gas hell-bent on destroying all carbon-based life. Every sacrifice he made loses all meaning. On this point, the show is as blunt as Rick’s philosophy: morality is pointless.

But in an existence without the meaning that comes from deep ideas like morality and religion, what’s the point? Well, this leads to one of the show’s most integral messages: there is no meaning.  Season 1 Episode 4 “M. Night Shaym-Aliens” explores the falseness of reality through a series of Matrix-style simulations. But the crucial message of the adventure comes not from Rick and Morty, but from Morty’s dad, Jerry. Jerry, an unsuccessful advertiser stuck in a failing marriage, experiences the most meaningful day of his life as part of a low-power simulation. Finally escaping the system presents Jerry with the soul-crushing realization that his greatest triumphs were just a farce. His life really has no meaning.

But Rick and Morty doesn’t hit us with big ideas like the pointless nature of life right away. The show’s writers take great pleasure in leading us on an emotional journey towards a deeper message and then laughing in our face at our efforts to find meaning. This cycle is constant in almost every episode. Despite the alien invasions, the time fractures, and the world nearly ending with alarming regularity, everything always returns to normal at the end of each episode. This is where the true humor of the show comes from. By telling us that there was no point all along Rick and Morty allows us to laugh at all the dark and disturbing aspects of a nihilistic and uncaring universe.

Does this this make Rick and Morty an intellectual masterpiece? Of course not. The typical crude humor of adult comedies is as much a staple of this show as any other. But that’s the point? Like everything in Rick and Morty, the show itself doesn’t take itself too seriously. This is where a lot the show’s appeal comes from.

Can it be engaging and thought-provoking? If you want it to, definitely. Can it a relaxing twenty-five minutes of laughs? If you want it to, definitely. But which approach is best? Looking at the show the answer is pretty obvious: it doesn’t matter. Or, as Morty succinctly sums it up, “Nobody exists on purpose. Nobody belongs anywhere. Everybody is going to die. Come watch TV?”