You are here: Home \ Community \ Featured Posts \ Uncategorized \ Indo-See Ya In Indonesia
Community
0

Christian Brothers students are lucky that we are given so many opportunities to travel; from teacher led trips to other countries, to Venaver, to the scholars trips — the list goes on. A small group of CB science students got to go on the trip of a lifetime this past summer with a research trip […] 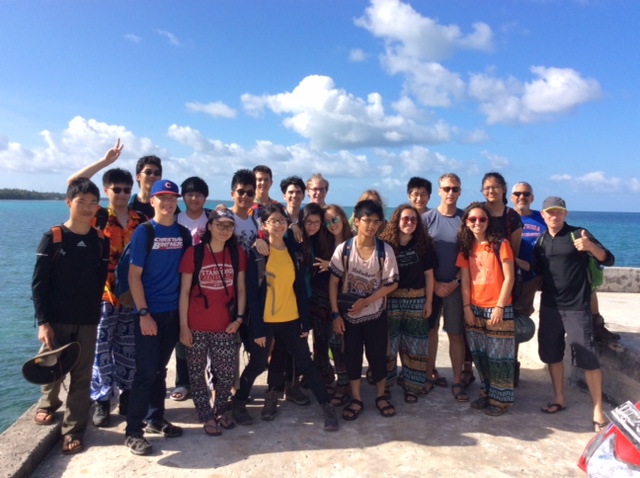 Christian Brothers students are lucky that we are given so many opportunities to travel; from teacher led trips to other countries, to Venaver, to the scholars trips — the list goes on. A small group of CB science students got to go on the trip of a lifetime this past summer with a research trip to Indonesia. Sounds exciting, right? But many of you are probably wondering, why Indonesia? It’s not exactly the first place that comes to mind when you think about taking a trip, even one surrounding scientific research. 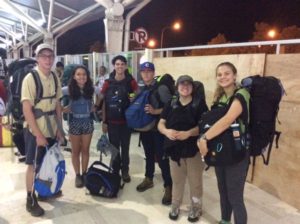 The CB group all packed and ready to explore the biodiversity of Indonesia.

“The purpose of the trip is basically to collect data,” explains Mr. Danny Delgado ’79, who led the group of six.”We go on hikes and we do all kinds of stuff having to do with biodiversity in the forests and rain forests around the world. The company that we go through has 20 different sights, from Transylvania, to Cuba, to South America, and even Africa. I thought, well let’s shoot for something extravagant, exciting, and different. So I looked at Indonesia and thought ‘Why not?'”.

I think we can all agree that Indonesia is indeed an exciting and different setting, but beyond its uniquity, it is one of the best locations in terms of the variety of flora and fauna.

“The biodiversity [in Indonesia] is the greatest in anywhere in the world,” says Mr. Delgado. “I thought it would give us an opportunity to study different invertebrates, plants, and maybe even some mammals.”

“It seems like in Indonesia its biodiversity is understudied, and if you’re going to do data collection it needs to be on species that have already been discovered and studied at least a little bit so you can tell population growth, decline, and change. And so, in Indonesia, the number of species that they study is still relatively small.”

But despite the lack of in depth research on species in Indonesia, Mr. Delgado shares that the group ended up with opportunities they might not have gotten elsewhere.

And that’s only the second time that the species was identified! If you don’t think that’s cool, what are you even doing with your life?

The trip offered students a rare chance to see scientists work in the field. Julia Padilla (’18) explains that one of the reasons she went on the trip was because she hopes to one day work in a similar setting.

“I’m very interested in field biology, and that was one of the things that they were doing on the trip. It was great to see how the scientists in the career that I want to go into actually work.”

The group’s research also contributed to science on a more global scale; all the data they collected is compiled in a data base that can be pulled from for all sorts of studies. And the best part? All the data is collected by students.

“The company we work with has graduates, post-graduates, doctorates, master students, and high schools students, all gathering data for this huge worldwide data base on biodiversity,” Mr. Delgado said. “And so that goes into this huge bank, where the information is literally pulled out for other studies of climate changes, population differences, population densities, and population increases or decreases all around the world.”

Julia further explains that “one of the surveys [the group] did was a habitat survey … and that goes to the Jungle Conservation. As for her impact on scientific studies, she says “it’s really good knowing that my work is helping save the jungle.”

When they weren’t discovering species, the group was able to interact with people from many different backgrounds and cultures.

“We were with a school from Bangkok and a school from Japan. Both of the schools were international schools so the kids spoke English as well as second and third languages. So our kids kind of got what it was like to deal with people from other cultures,” says Mr. Delgado.

And the students enthusiastically took the chance to talk with new people. Some even made friends they still talk with.

“I’m still in contact with some of the students from Japan,” says Julia. “I made a lot of cool friends there.”

When asked if she would ever go on a similar trip, Julia had no hesitations.

And why wouldn’t she go back? For people who are devoted to a future in science, this kind of trip can provide amazing opportunities for research and implementing science in the field. And for those that are wondering about future trips, Mr. Delgado has all the answers.

“I think, not next summer but the summer after, my goal is to get to Dominica, which is a Caribbean island just below Honduras. And it’ll be basically the same thing — biodiversity studies.”

So for any underclassman feeling jealous about this missed opportunity, don’t fret. There’s always the next trip!