You are here: Home \ Community \ Featured Posts \ A Walk To Remember: Ranking The Best Hallways At CB
Community
0

A Walk To Remember: Ranking The Best Hallways At CB

Across the campus of Christian Brothers there are very few constants — the Cross, the Mary Lawn, the Grove. But there is one constant feature of our campus that is too often overlooked: the hallways.  This intrinsically important yet too often unappreciated facet of the school is of course the hallways. But not all hallways […] 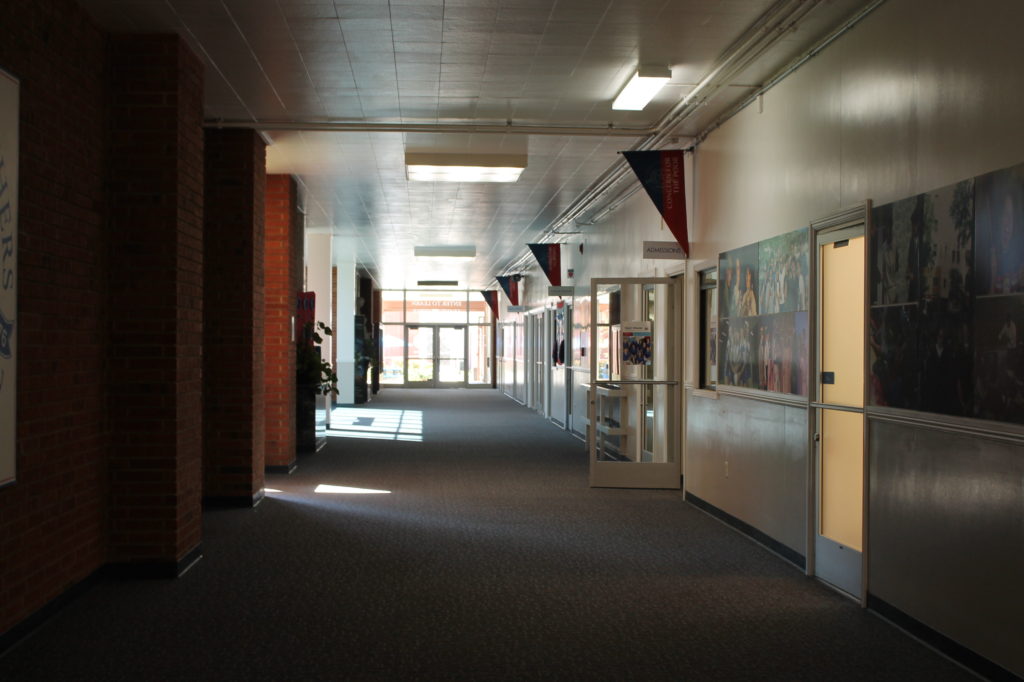 Across the campus of Christian Brothers there are very few constants — the Cross, the Mary Lawn, the Grove. But there is one constant feature of our campus that is too often overlooked: the hallways.  This intrinsically important yet too often unappreciated facet of the school is of course the hallways. But not all hallways are created equal. Many factors, from size to location to student traffic, can influence whether students can truly appreciate these areas of the school. Here is the Talon‘s official ranking of the various hallways across the CB campus.

8. The Administrative Hallway: The stretch of hall between the front office and the STEM wing isn’t exactly a welcome sight for most students. For most, a trip down here means one of two things: either the unlucky student has lost something and is desperately trying to go to the lost and found to retrieve it, or they have somehow found the ire of one of the deans. Strangely enough, this space is usually empty, as while other places are packed to the gills, the Administrative hallway never has more than two or three people traversing it. While the trophies, honor roll and map of the Sacramento area are interesting in passing, they certainly do not seem to have attracted the attention of many. Thus, the Administrative hallway remains barren and uninhabited and holds the lowest spot on this list.

7. The Lower Stem Wing (500s): Much like the Administrative hallway, this hall is characterized as well by an unfortunate lack of people. While the front end of this area has been aided significantly by the addition of lockers for the freshman class, it only serves to populate the area for a few meager hours during the school day. The opposite end of the building is worse, as the only traffic this side, which includes half of the school’s science labs, comes from the cars which pass through the staff parking lot every day. This hall proves to be one of the most secluded spots of the school, and although the seclusion allows for some peace and tranquility in the middle of hectic on-campus life, it is not enough to grant this hallway much credibility.

6. The Freshmen Hallway (400s): It is already difficult enough to get from place to place between classes, but the Freshmen hallway is simply one of those spots in the school that will stop you in your tracks halfway through your passing period. Not only are the 400s filled with freshmen who do not yet know the ropes of the school, and thus have a tendency to crowd and block portions of the already packed breezeway, this is the home of the infamous choke-point with the Language Hallway, where it seems the entire school is constantly jostling for a way through its double doors. There is little relief in the 400s, and students unlucky enough to have a history class are constantly discouraged by the crowds of luckless freshmen and disgruntled upperclassmen.

5. The Senior Hallway (100s): It seems that things don’t change as much as one would like over four years, as the Senior hallway suffers from many of the same problems as their fellow students three years younger. Indeed, the 100s are often plagued by crowds of upperclassmen, apparently suffering from an especially strong case of senioritis, loitering outside their lockers at break, lunch, and after school. For students attempting to get to the cafeteria quickly, the 100s can serve as a real challenge, as navigating the herds of seniors can be a daunting task. While not as clogged as the Freshmen hallway by any extent, it is definitely a challenge to maneuver.

4. The Junior Hallway (200s): The 200s only edge out their neighbors downstairs by a slim margin. As crowded as the Junior hallway can get, it is a definite improvement. There are the expected crowds outside lockers, but these have a tendency to disperse after a while. While it shares a similar setup to that of the Freshman hallway, the Junior hallway doesn’t seem to have to deal with the same problem of the choke point at the doors to the inside. At the same time, the 200s provide the average passerby with an endearing portrait of the school as whole, with the balcony giving a pleasant 2nd floor view of the main lawn and the students below.

3. The STEM wing hallway (600s): The STEM wing can certainly serve as a breath of fresh air for students. With the absence of lockers here, most of the time the home of Math and Engineering classes is empty, and while it is still home to some substantial foot traffic between classes, it is nothing in comparison to the class hallways. While occasionally difficult to navigate, this does little to detract from the STEM wing’s charm. The relatively new Engineering classrooms share the space with the KBFT studio, making the wing a must see for prospective students on shadow days. But the STEM wing is arguably the most peaceful place inside most days.

2: The Sophomore Hallway (300s): The Sophomore hallway is an excellent example of the duality of the CB campus. Along the pavement, the sophomores are an almost constant presence, but directly adjacent to them is the Mary Lawn, providing a simple and serene area perfect for those not willing to traverse the expanse of the Main Lawn. Many sophomores take advantage of this luxury, as for one year they can stand and converse on the lawn as long as time permits. But for other students, the 300s hallway is advantageous for the lawn as well. More sophomores on the lawn means fewer sophomores crowding in front of lockers and classrooms during break and after school. The 300s allow for both an easier path to classes, albeit an imperfect one. 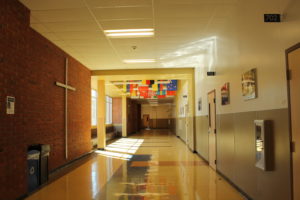 1: The Language Hallway (700s): The clear choice for best hallway on campus was of course the Language hallway, and there are no shortage of advantages for finding yourself in the 700s. For one thing, the 700s are equidistant from all other wings in the school. If one can navigate past the choke point that forms between this wing and the Freshman hallway, then there is a surefire way to any class they may have. In addition, the Language hallway is quite possibly the most aesthetically pleasing hallway in the whole school. It is adorned with not only all the flags of countries included in the International Student Program, but also includes an excellent painting of Jesus by artist David Garabaldi and a wide open set of windows that let sunlight stream in throughout the day. The 700s are definitely not unpopular, as they are normally full of groups of students lining the floor and seats before school and at break. And more so than any other place in the school is a hallway so clearly a condensed image of the CB community as a whole.

Regardless of their ranking each hallway reflects a unique part of the CB experience. Some may seem lonely, overcrowded, or a pain to navigate, but together they make a more complete picture of Christian Brothers as a whole.