Work or School … Christian Brothers students don’t have a choice when it comes to going back to school, when the first day rolls around when CB students are forced out of their summer jobs and back into the classroom. But what if they had the choice of which institution to be at each day […] 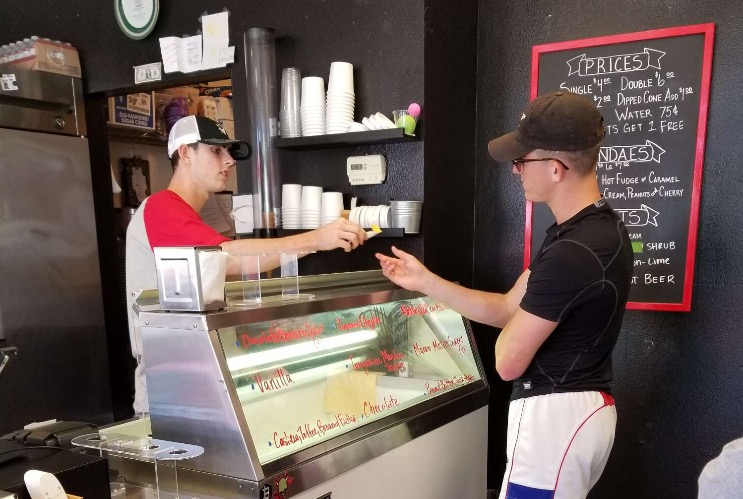 Work or School … Christian Brothers students don’t have a choice when it comes to going back to school, when the first day rolls around when CB students are forced out of their summer jobs and back into the classroom. But what if they had the choice of which institution to be at each day all year round? Would CB students choose to be at work instead of school, or would they want to come back to the classroom and see all their favorite teachers and classmates?

Christian Brothers students had a variety of experiences in many different jobs over the summer. This created many different opinions in the work vs. school debate. Although Justin Kim (‘19) would rather have been hanging out all summer with his friends, Justin worked all summer at In-n-Out burger to make money. Despite having to deal with many rude customers, Justin said that he “loved working at In-n-Out because of the money [he] made and the new people that [he] worked with”. Justin explained that he would rather be at work than school.

“I enjoyed my co-workers and I love having money to pay for things,” he said. 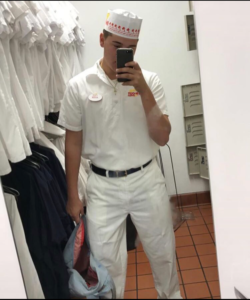 Connor Laffan (‘18) had a similar great experience in the restaurant industry this summer. He scoops ice cream at Devil Maycare, an ice cream shop in West Sacramento.

“I enjoy working there because of the relaxing work environment and making people’s day when scooping their ice cream,” he said. Connor even went as far as to say that he would rather be at work than school, even if he wasn’t being paid to be at work.

This radical take was seconded by Regan Lambeth (‘18). Regan was a hostess at Scott’s Seafood this summer and described her work experience as “fun and exciting”. Her reason for preferring to be at work rather than CB was because, “at work it feels like time is flying by, but at school, it seems like time is moving in slow motion”. Regan also enjoys having money in her pocket, which seems to be a primary motivation for CB students to get jobs.

Working as a lifeguard at the local pool is a summer job classically associated with being an American teenager. Emma Brueckner (‘18) had the classic American teen experience at Sutter Lawn Swim Club all summer. She says that she would rather be at school than work.

“I love seeing my really close friends at school and I’m more social at school,” she says. Despite her work not being very busy and the fun times she had playing with the kids at her pool, these relaxing hours couldn’t trump the inclusive community at CB.

Kennedy Earley (‘19) was a lifeguard just like Emma, but she didn’t have the same opinions about school vs. work. Kennedy worked as a lifeguard and swim instructor at Sunshine Swim Center in Elk Grove.

“I loved working there because of the money and the tan,” she says. Kennedy went on to say that she would rather be at work than school, even if work wasn’t paid.

“Work is relaxing while school can be really stressful, and it’s more lively at work and school can be kind of gloomy,” the junior says.

In general, however, it seems that CB students prefer to be at work rather than school. More relaxing environments at work along with meeting and working with new people are the dominant factors that seem to being pulling students towards work. The workforce will be fortunate to have these students full time in just a few short years.