Turn Up In Europe

Students spend their academic lives learning about ancient civilizations and works of art. But how many get to actually see these wonders firsthand? A group of Christian Brothers students got to do just that this past summer on a trip to Greece and Italy headed by Mr. Tom English and Ms. Patricia Gallagher. Ms. […] 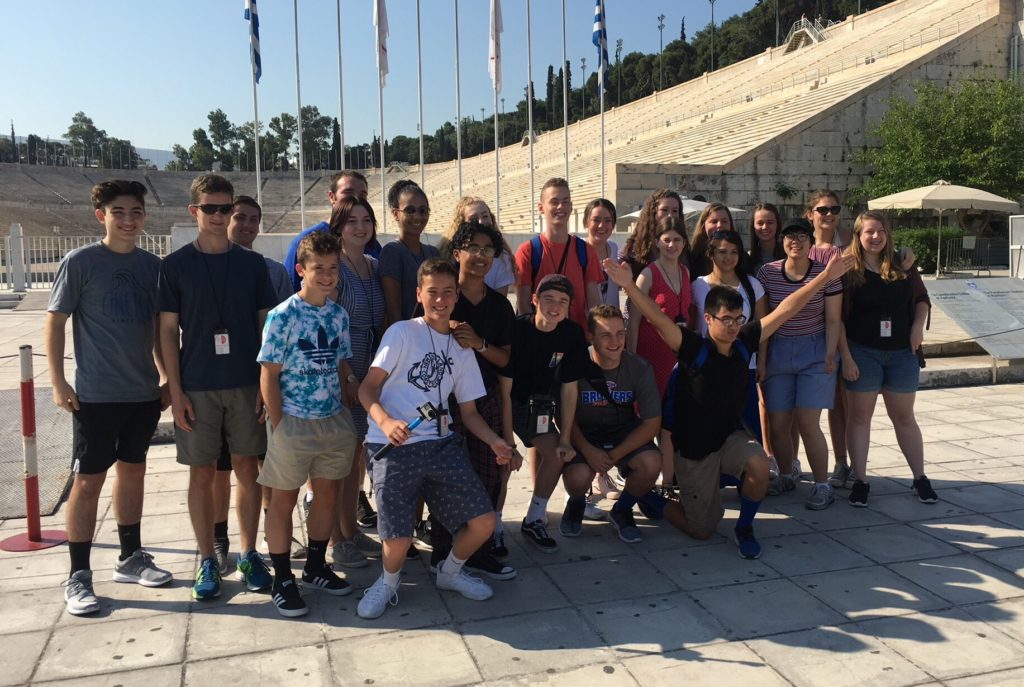 Students spend their academic lives learning about ancient civilizations and works of art. But how many get to actually see these wonders firsthand? A group of Christian Brothers students got to do just that this past summer on a trip to Greece and Italy headed by Mr. Tom English and Ms. Patricia Gallagher.

Ms. Gallagher has been taking students on trips since 1996, and Mr. English has been leading trips with her since the early 2000s, so you could definitely say they’re seasoned pros. I even had the pleasure of traveling with them on this trip. But the question remains: what’s so special about traveling?

For Ms. Gallagher, traveling is important because “the student realizes that the world is a very small place. Reaching out and experiencing another culture is a gift and it gives a lot of understanding: how to be patient, how to be empathetic, and to understand that just because someone visits us, don’t assume that they understand our culture and everything about us.”

Mr. English shares a similar sentiment, saying that students receive “an awareness of the rest of the world, or at least another part of the world. It’s a reality check as to what life is like in the U.S. as opposed to other parts of the world.” 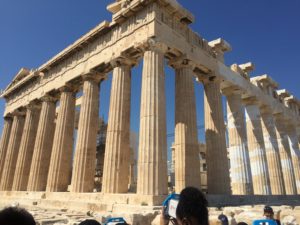 One of these reality checks came for our group during our time in Italy. Many times while strolling the piazzas after dinner or coming out of an ancient wonder like the Colosseum, we found ourselves bombarded by vendors trying to sell knock-off souvenirs or cheap jewelry. One of the common tactics used by these scammers is to slyly tie a cheap string bracelet on your arm then demand an outrageous amount of money in return. There’s no giving back the bracelet, no bartering, just constant pestering until you give in and give them money. As Americans, it can be quite shocking to see; we have laws against these kind of actions in the U.S. It’s something we would never dream of seeing in one of our major cities; we’re lucky we don’t have to worry about those kind of grievances.

But for those who manage to ignore the scammers, there awaits an entirely new civilization to explore and learn the intricacies of. In Italy, there is a practice of taking a stroll through one of the many piazzas in the town or city after dinner. They sometimes even shut off one of the main streets from vehicles to account for the sheer amount of people that partake in this evening stroll. It embarks a sort of community feeling that’s hard to recreate in American cities.

And of course there’s the art and architecture. The amount of culturally significant pieces found in Greece and Italy is overwhelming; from the Parthenon to the Pantheon, ancient Olympia to the ruins of Pompeii, the Temple of Zeus in Athens to St. Peter’s Basilica in Vatican City — there’s so much to experience. 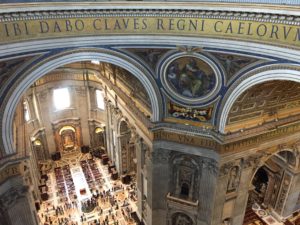 “One of the enjoyable parts is watching the kids as they’re seeing things,” shares Mr. English. “Sometimes it’s something that [the students] learned about in class, but other times it’s just like ‘Oh wow — I’ve heard of this, and I’m standing here, and it’s not at all like it is in the picture.’ To me [the best part] is just seeing how the students experience it.”

One of the most unforgettable experiences came about on our second night in Athens when the group attended a traditional Greek dinner and dance. Not only were we treated to a fantastic Greek meal, but we also got to partake in one of the more well-known Greek traditions: plate smashing. While it’s most typical of foreigners’ stereotypical image of Greece, the practice still occurs in celebratory occasions — and believe me, it’s just as much fun as it sounds.

Traveling is such an enriching experience that benefits students academically, socially, and personally. If you want to travel there’s always opportunities — both with CB and outside it. Take Ms. Gallagher’s advice: “People need to follow their interests. If you go to any country with an interest and some understanding of the language…that’s all you really need.”