Christian Brothers High School has opened a variety of new relationships for its students. Some focus more on strengthening the bonds old friends have created in the past years. On the other hand, there are the friendships that are mainly created by new bonds with new people. According to Psychological Science, only one percent of high school students keep […] 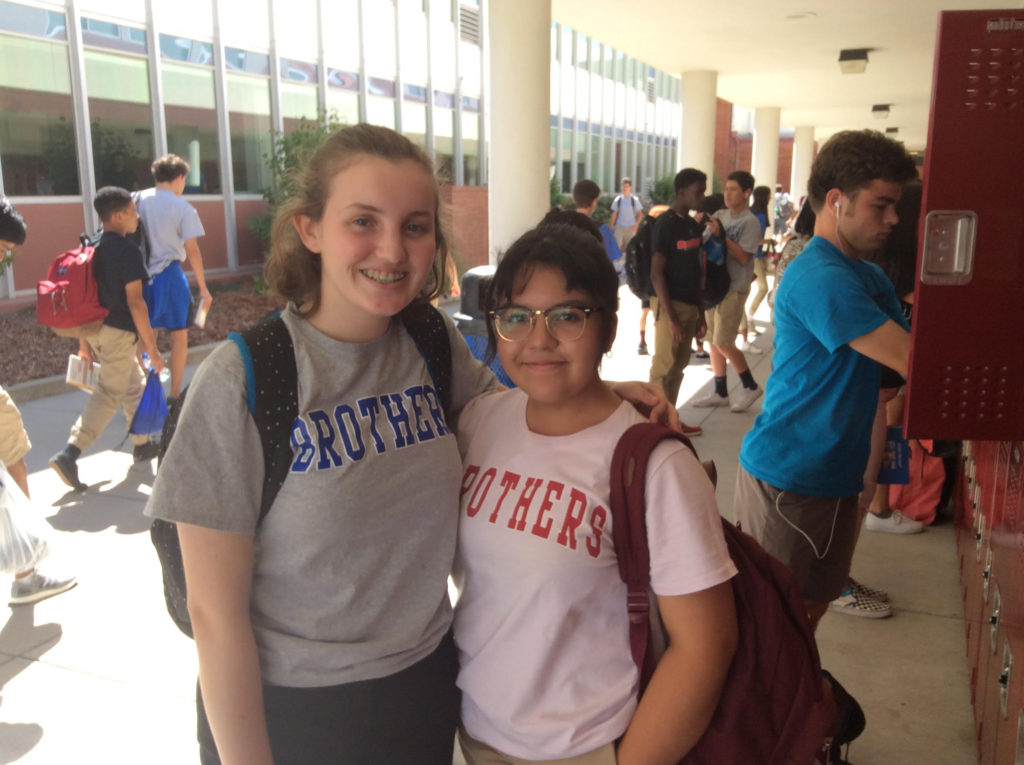 Christian Brothers High School has opened a variety of new relationships for its students. Some focus more on strengthening the bonds old friends have created in the past years. On the other hand, there are the friendships that are mainly created by new bonds with new people.

According to Psychological Science, only one percent of high school students keep in touch with friends from middle school. Fellow Falcon Francesca Alexandra Isler (’20) acknowledged this statement when the Talon asked about her experience with her friends from junior high.

“I have kept a close relationship with my best friend from middle school. We have known each other since fourth grade, and we are still good friends today,”she commented.

“I would feel more depressed if a friend from junior high left today than if someone I met during my high school years left,” replied Francesca. The care these two share for each other would be harrowing if they were separated somehow.

Dustin De La Cruz (’18) was asked the same question as Francesca, and his statement was near identical.

“I am a lot closer with my friends from [Junior high]. The separation is harder to handle since I have known them for basically my entire life,” replied Dustin.

The amount of time spent with old friends is unimaginably high; one could say that they are like family — it’d be difficult to get used to life without them.

The Talon opened the discussion to Ronald Camasura (’18), and his response was the polar opposite to Francesca and Dustin. Ron’s social life as a Falcon has flourished since his first days at Christian Brothers.

“There are a lot more friends that I have met here, and there seems to be a lot more variety here,” Ron claimed, “I’d say that freshman year was full of excitement, and I wanted to make a lot more friends. Thankfully, I did. sophomore year, I had to stay close with my loyal friends because I had some issues with others. Junior year, I was pretty loyal with my friends from the past years. I also made a lot friends during that year. Senior year, I am happy and pumped to do things with my friends. We all have ambitious goals, and we just want to keep bonding with each other before the year ends.”

Throughout the years as Falcons, friends come and go. However, loyalty is the number one priority to Ron when it comes to keeping friends. Ron’s experience demonstrates the unique nature high school friendships have to offer.

Time at Christian Brothers High seems endless, but in reality it goes by in a blink of a eye. Friends can be hard to find, or they could just be around the corner. Think of them as family because they know more about you than you know about yourself. It is imperative to make new friends, but old friends are just as important as anyone else.