Influential Artists Of This Generation

As millennials, we are witnessing a new era of music, art, and culture arising. Artists create a community of passionate fans out of their creativity and strive for greatness, an impression that impacts the youth especially because the growth that it seen within each other as the years go by.  Those who lead have a […] 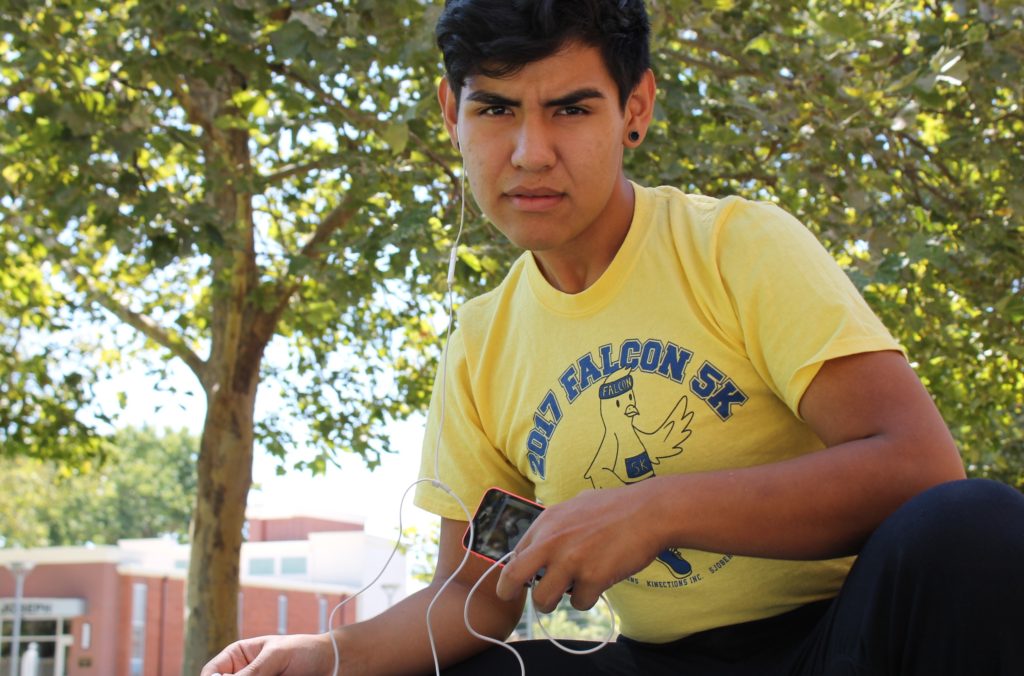 As millennials, we are witnessing a new era of music, art, and culture arising. Artists create a community of passionate fans out of their creativity and strive for greatness, an impression that impacts the youth especially because the growth that it seen within each other as the years go by.  Those who lead have a platform to inspire thousands of other artists and fans with their originality.

Trying to pinpoint the most influential artists of this generation arises the question of whose legacy is having the most impact on the world, or specifically Christian Brothers High School. I initially talked to Cruz Solano (’18) and Carlos Pasillas (’18) to see their thoughts on the subject.

An influential artist of this generational has to be considered a renaissance man or woman, someone who is well rounded and created a balance of the arts. Knowing this, Cruz and Carlos had to consider talent, originality and generosity. It was beautiful to see the passion that they had while brainstorming and talking about their idols.

Cruz states that Kendrick Lamar should be considered one of the greatest artists of this generation. He points out that his songs that Kendrick’s songs that play on the radio, which reaches a wide range of individuals, have a strong message about remaining humble, loyal and love.

Cruz even calls out those who are corrupted by the industry in song “ELEMENT.”. In his music he touches bases on police brutality and the cruelty that he has seen through out his life and what he has learned from it all, all while educating the youth. The artist stays grounded and produces honest and good music that reflects his beliefs.

Throughout every song and album Kendrick conveys a story. Carlos has an interpretation of  Kendrick’s albums.

“Section. 80 is jazz influenced and he stays true to his African American roots,” Carlos says. “He raps about being African-American and how it doesn’t matter what your race is — we should all join in community.”

Carlos also describes the way Kendrick talks about in the album Good Kid M.A.A.D City how drugs and gangs affected his life at such a young and impressionable time.

On To Pimp a Butterfly, Kendrick infuses his influences jazz, funk and soul to describe the “corrupt government, slavery, cop corruption and how they want to imprison and arrest young African Americans,” Carlos says.

On DAMN. he talks about human emotions. For example, in “FEAR”, Kendrick portrays how hes thankful he made it because he could have died in the streets being at the wrong place and the wrong time. In “LUST”, he talks about how he desired fame, but when he got it, he didn’t really care for it.

“His progress from telling  personal experiences to human emotions makes his music  universal, something that everyone can feel,” Carlos says. “He talks about how we need to change, how America needs to change, morality and how it can compromised. He’s talking about thoughts and beliefs that all humans have and that is why and how he stays relevant.”

Kendrick doesn’t just talk about change he does something to progress the change. He does this by donating money to Compton schools, giving back to his high school by giving money to the music department and after school programs to keep kids off the streets.

Kendrick has received the 35th generational icon from the California State Senate. Kendrick also went on a five stop worldwide tour where he donated his proceeds to Habit for Humanity and to the Red Cross.

He remains “HUMBLE” and seems to dodge the path of making music for money but rather as a passion. His love for his work is seen through out his live performances, pop-up shops and the music itself.

He created an opportunity for fans to experience his art. His tickets were decently priced and in his show he even mentioned that we need to get what audience members paid for. Kendrick is undoubtedly a talented being, and his recent concert in Sacramento proved that what he produces is what he sounds like; leaving no room for disappointment. He knows how to work a crowd with his energy.

Another artist who is considered to be influential is Lady Gaga. CB student Anna Rose (’18)  reflects on how the artist has used her fame to promote LGBTQ and women’s rights. Lady Gaga is an individual who has always expressed her love for being herself.

“She was one of the first artists of our time to support the idea of being entirely yourself especially with her Born this Way album,” Anna says. “What I love about her the most is that not only is she accepting of every person, but she is also different herself and has never been scared to show it.”

“She’s not a follower, but a trail blazer”.

Another influential female artist is Taylor Swift. She has created a large following who has been loyal to her throughout her changes in music style.

“Everything she does is watched and analyzed by millions of people, whether it’s being scrutinized or praised she still effects people,” Brianna Castaneda (’18) says. “An example of this being her new song, “Look What You Made Me Do” is believed to be a diss song to Kanye West and others and even if people don’t like it they still talk about it.

Her influence doesn’t stop at being a hot topic — she is always moving towards advancing herself. Creating a strong female leader for the youth to look up to. Showing that growth is necessary.

These artists all have something in common — which is originality. They stuck to what their morals and beliefs are, making them able to truly know themselves while spreading an important message that is helping and educating the public through music.

These influential people have generated something spectacular: the idea being that you can create a bond with thousands of people through art. These influences create and inspire us into being leaders.