Many classes at CB hold students of the same age; for religion, history, and English, freshmen take classes with freshmen, sophomores with sophomores, juniors with juniors, and seniors with seniors. These kinds of classes are typical and comfortable. But for electives, foreign language, math, and science, the shackles of restriction on age and grade level […] 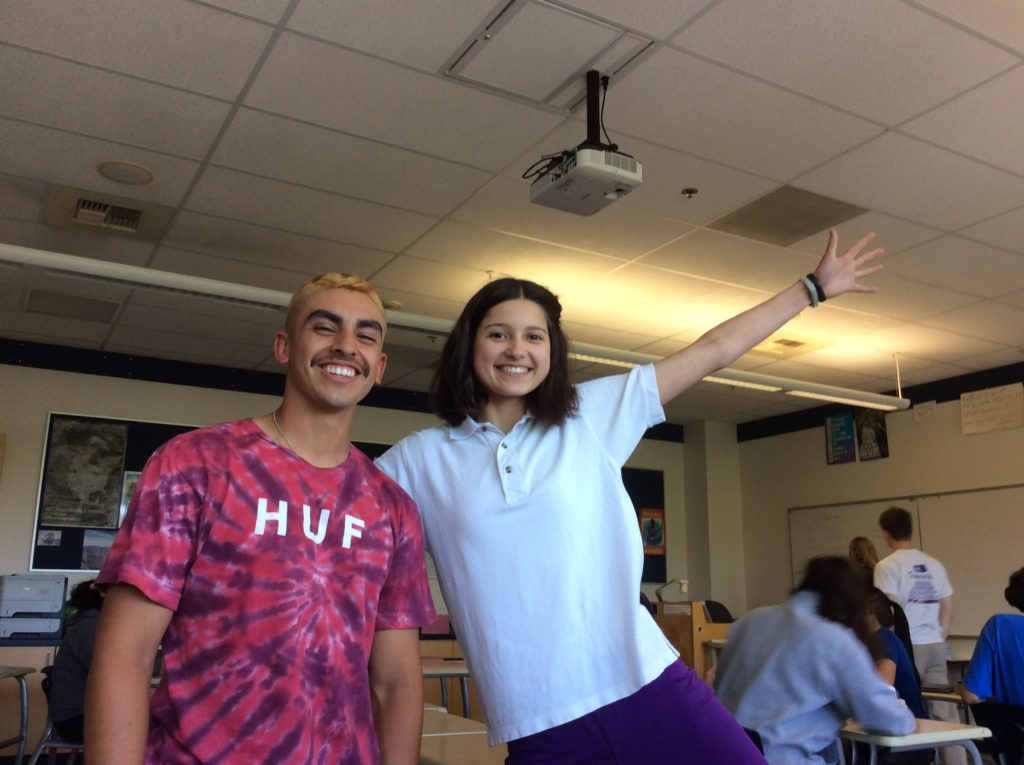 Many classes at CB hold students of the same age; for religion, history, and English, freshmen take classes with freshmen, sophomores with sophomores, juniors with juniors, and seniors with seniors. These kinds of classes are typical and comfortable.

But for electives, foreign language, math, and science, the shackles of restriction on age and grade level are broken and students of all ages come together as one.

“The most important thing, I think, in a math class is that kids work together and help each other. And it’s important for the seniors not to be intimidated by the sophomores that they’re in the same math class,” she says. “That’s really important.”

For any senior, it can be intimidating to see kids two years younger sitting in the front of the class, answering the teacher’s every question with zeal and enthusiasm. Especially when we’re sitting in the back, busy downloading apps that will create countdowns to graduation.

Ego aside, though, there are many benefits to taking these kinds of mixed-grade classes. Senior baseball stud Rudy Mendoza (’17) finds humor in the sophomore-senior dynamic.

“The sophomores can be kind of immature, so some of the stuff they say is pretty funny. It’s kind of funny that they’re smarter than me,” he chuckles. “And it takes me back to when I was their age.”

In fact, even teachers notice that in these kinds of mixed-age classes, sometimes it’s the younger kids who lead by example, inspiring older students to be better and not become plagued by the very real disease called Senioritis.

“I think people might act a little bit different when they’re among people two years younger or two years older and maybe act a little bit more formal than being with their best friends,” says Ms. Safford. “There’s no such thing as senioritis in a class that’s mixed.”

The man in charge of making student schedules, Assistant Principal Mr. David Desmond ’94, says that underclassmen sometimes come to him nervous about being placed in classes with older learners.

“And actually having seniors in there is beneficial because those seniors will work with the sophomores and help them out in certain areas,” Mr. Desmond continued. “But if that student wants to be in AP Calculus or AP Calculus BC, you have to take those advanced classes at a younger age.”

“I take advanced classes because I like pushing myself and I love learning,”she says with a huge smile. “You kind of push the bar up when you overachieve.”

Hallie’s love of learning makes it clear that she is not intimated by taking classes with older students, and we shouldn’t feel weird about taking classes with the youth, either. Because, as Satchel Paige once said, age is a case of mind over matter. If you don’t mind, it don’t matter.