You’re extremely passionate about KBFT and spend countless hours inside the classroom editing videos. You love to direct and try to make the show as best as it possibly can be. You randomly receive a white envelope and open it sneakily so you teacher doesn’t see you off task. Mr. Brendan Hogan ’95 nominated you […] 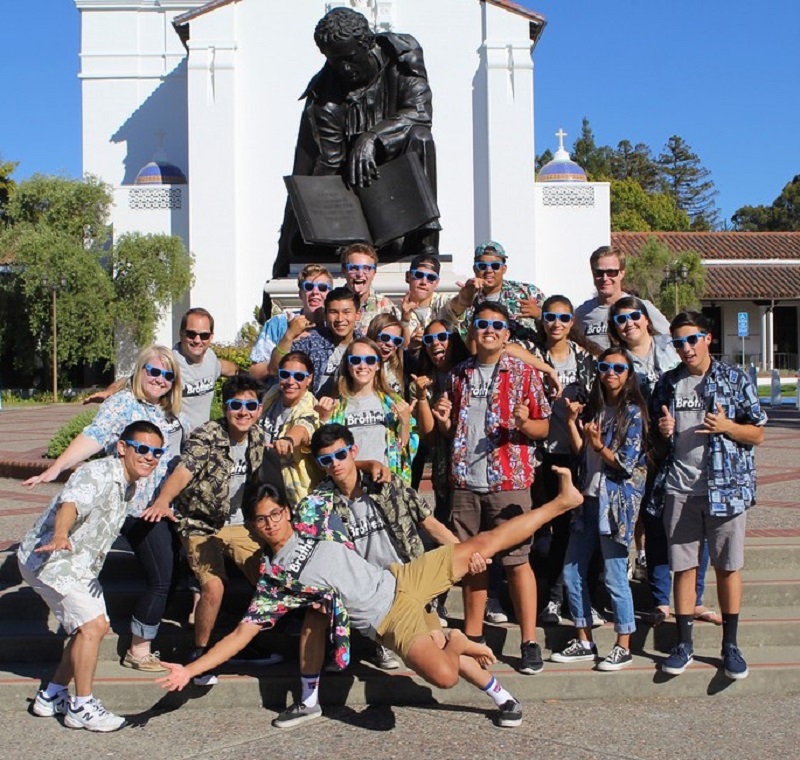 You’re extremely passionate about KBFT and spend countless hours inside the classroom editing videos. You love to direct and try to make the show as best as it possibly can be. You randomly receive a white envelope and open it sneakily so you teacher doesn’t see you off task. Mr. Brendan Hogan ’95 nominated you to go on LSL — all your hard work in the class paid off. But wait…what even is LSL?

Every year a group of students from various leadership roles at CB join together to make the voyage to St. Mary’s College in Moraga, California for a week full of leadership fun.

They work side by side with other Lasallian schools from all over the US ranging from Northern and Southern California, New Orleans, and Washington.

Our very own Mrs. Roseanne Holmes was one of the founders of this camp and describes the process in which the participants are selected.

Every January, the previous LSL crew meets up for reunion and are given a list of all the students in the junior class. They are given a task to select students they think are leaders of the class who would contribute to the LSL experience.

Another list is sent out to each department, and they elect students who display leadership qualities. These departments include Campus Ministry, Talon, KBFT, yearbook, service learning, Falcon Force, and athletics.

“Each of the two lists usually mesh together, and we are really able to pick out the stand out students,” Mrs. Holmes declares.

After one or two students are selected from each department, along with the newly elected ASB, the LSL members are finalized with a grand total of 20 lucky leaders.

At LSL, there is a wide selection of classes for the students to take. Those who are chosen from KBFT and all the other school’s broadcasting tech savvies join into one crew and attend the same skill sessions together to better their leadership in that area.

Selena Connell (’17) was elected to attend LSL from Campus Ministry last year. She took classes that ranged from public speaking and liturgical life, which allowed her to strengthen her skills as a member of the God Squad. She believes that she learned much more than how to effectively speak in front of people during these skill sessions.

“I definitely learned a lot from my classes, but I learned the most from the peers around me. The cool thing is that while you’re learning from them you are establishing friendships,” Selena states.

Selena felt blessed to be around other Lasallians and become a family that bonds together in a week, ultimately fostering lasting friendships.

“I just talked to one of the guys from LSL today and just ask Ryan Murphy (’17) and Pat Barnes (’17) who took girls from LSL to homecoming last year,” she exciting shares.

Other than building friendships, her favorite memory of the week was the t-shirt swap. Each school brings their coolest designed shirts from their school to exchange for other shirts from the other Lasallian schools. 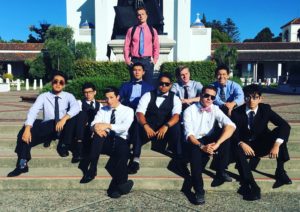 The LSL ’16 boys gather for a dapper picture at St. Mary’s

Selena enjoyed the meals share during the week and loved they she could sit next to a complete stranger, but have a full conversation with them as they shared a bond of the Lasallian beliefs.

“It’s really nice to get to know other Lasallians because there are so many other Lasallian schools that we can learn from,” Selena said as she reminisced of her summer times.

Mrs. Holmes felt very passionate about learning things from other schools from the idea swap. Each school shares something that their school does and can then be borrowed by other schools who desire to implement that idea.

“One of the ideas we borrowed was the Holy Bowl Tailgate and we share our Valentine’s Day hearts idea and now many other schools do it,” Mrs. Holmes excitedly mentioned.

According to Selena, ideas the not the only thing swapped as they students swapped numbers to stay in touch.

“A giant GroupMe chat was made with over 300 numbers in it where we can keep up with each other’s busy lives,” she shared.

When asked about her biggest takeaway from camp, Selena paused for a moment unable to pick just one,

“If not just a bigger community, then learning how to be a better friend and leader in an environment full of love. I couldn’t have asked for a better group of people to go with and I am forever grateful for the experience.”

Even though LSL stands for Lasallian Student Leadership, it clearly goes deeper than merely leaderships skills. It unites a nationwide group of like minded individuals to come together to learn from and spark new ideas in one other.