Battle Of The Bridges: Kings vs. Warriors

In the early 2000s, the Sacramento Kings were all the rave around the NBA, but in recent years the Golden State Warriors have built their own super team, invading the Kings NorCal territory. With this new change in power, there has become a clash between the local fandoms. As more Warrior fans infest Sacramento, each […] 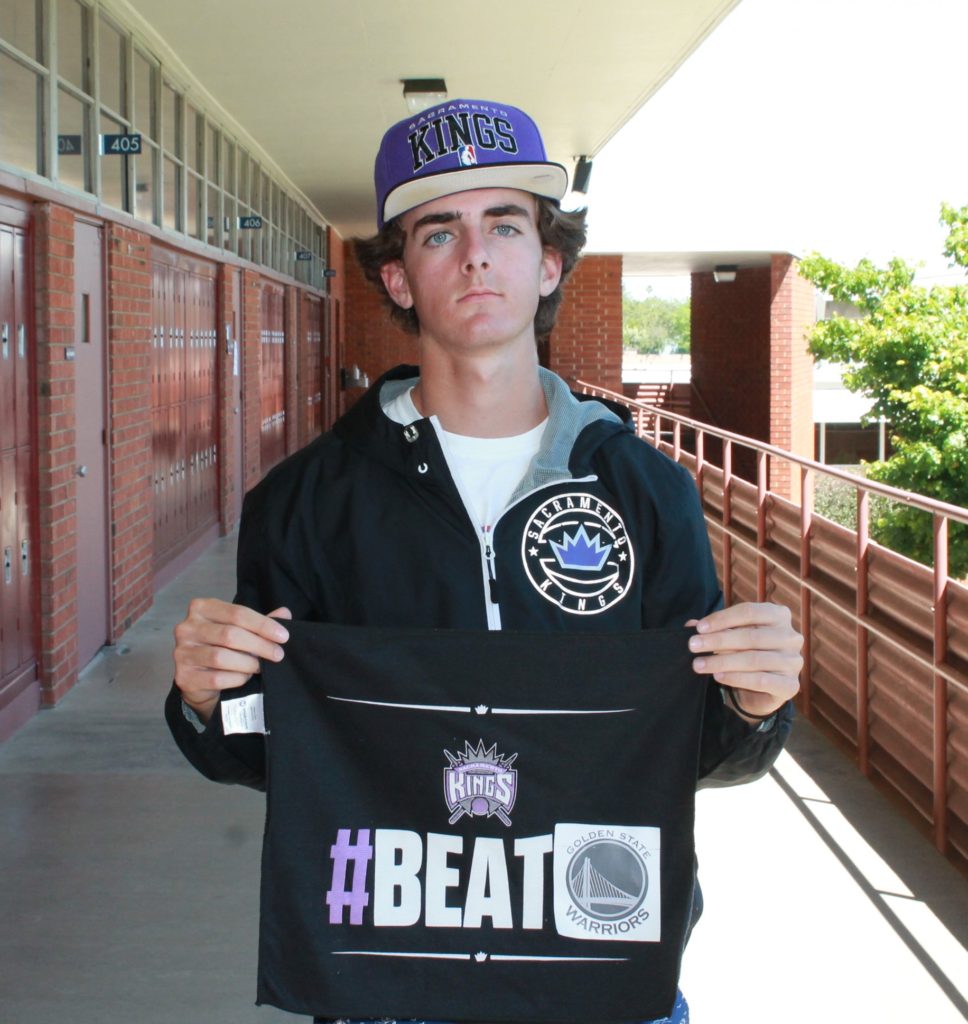 In the early 2000s, the Sacramento Kings were all the rave around the NBA, but in recent years the Golden State Warriors have built their own super team, invading the Kings NorCal territory. With this new change in power, there has become a clash between the local fandoms. As more Warrior fans infest Sacramento, each fan base has entered a feud of which fans are more loving, loyal, and energetic. This debate has even found its way to the halls of Christian Brothers High School, where students are in constant battle and argument of which team wields the best crowd.

Beah Cruz (’17), a long time Warriors fan since birth, felt insulted when I asked her which team has the better fan base.

“Is that even a question? The Warriors are a better team by far, and it’s the same with their fans.”

Beah cleared up that she has no hate for the Sacramento Kings nor its fans, but she despises when people hate on her “boys”.

Raul Arambula (’17), a die-hard season ticket holder for the Kings, has a complete opposite view than Beah.

“I hate the Warriors. I cannot stand all their fans. Literally every single one is a bandwagon.” Raul was heated as he continued to rant about his love for his team and hate for the opponent. “I’ve loved my team when we were the face of the league in ’02, and I continue to love and support them even if they aren’t the best. All these Warrior fans have just come out after the ’14 season when they first became good. I bet most of the so called ‘Warrior’ fans can’t even tell me what Run TMC was.”

“Honestly, anyone that thinks the Warriors have better fans are delusional or have never felt the electricity in the crowd during Sacramento Kings game,” he claims. “The love and energy is infectious and addicting.”

Troi Sneed (’17), a dedicated fan of the Warriors since she could walk, could only laugh at Raul and Jacob’s comments.

“It’s cute how these Kings fans think they’re better than us. Its like your little brother saying he’s better than you in everything. They’re all talk, no walk.”

Troi and Beah agreed that there’s nothing better than watching the Warriors embarrass the Kings or just going to a Warriors game and feeling the love of the fans, even if some aren’t true like most of the fans. Beah admitted that there are bandwagons that tarnish the reputation and question the love of the Warrior fans, “but the bandwagons don’t represent the fans as a whole.”

Raul commended Beah for her honesty and admires all the true fans.

“I respect the true [Warrior] fans because they’ve gone through the struggle that Kings fans have been through, but there is no questioning which fan base is better,” she says. “The Warriors have good fans, but nothing compares to hearing the cowbells ring through your ears as the thunderous sound covers the arena. Win or lose, King fans will always love their team, and I just can’t say the same for most of the Warrior fans.”

Jacob chimed in to hold up the case for King fans.

“We have fans worldwide, in India, China, Europe, everywhere. We’re all real fans. We’ve been here since the beginning, through ups and downs. When the Kings were in jeopardy of leaving, we were there in the streets, in the parks, in the town meetings to make it was here, Sacramento, that we stayed.”

The Kings and Warriors have passionate and loving fans, but this debate is rough. There will always be people hopping on bandwagons, so when teams are doing well, the fan bases look amazing. However, it’s when teams are struggling the most where true fans remain. So who wins the Crown of the North (California), the Sacramento Kings or the Golden State Warriors?