Natalia Kimmelshue (’19) personifies the five Lasallian core principles. Her commitment and success at being a well-rounded student is astonishing considering the fact she is just sophomore. Despite a heavy work load of honors and AP classes, Kimmelshue manages to structure a life where she is able to have fun and learn all while volunteering […] 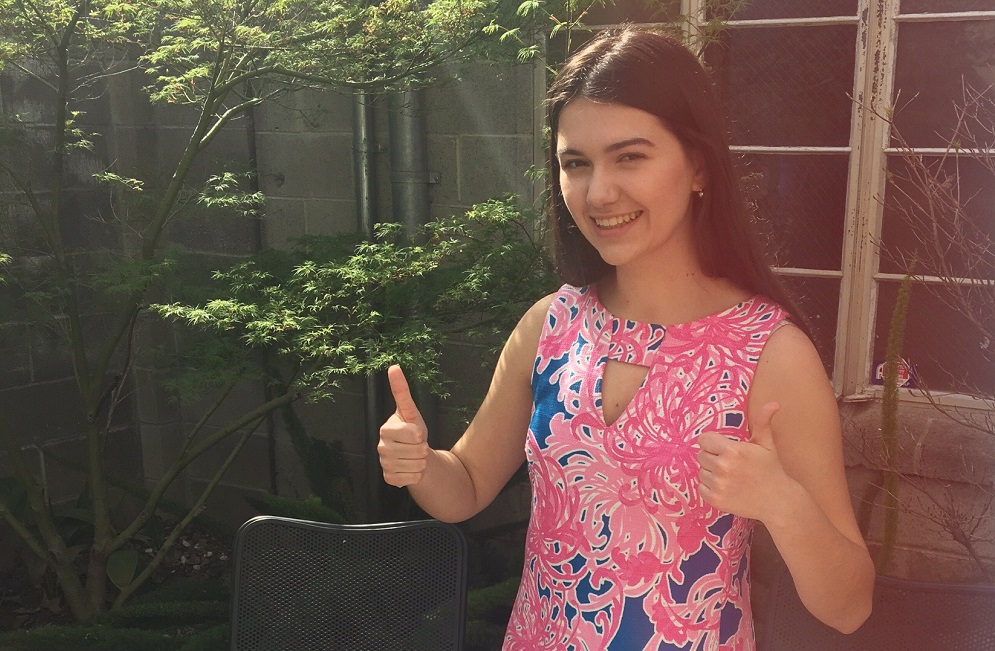 Natalia Kimmelshue (’19) personifies the five Lasallian core principles. Her commitment and success at being a well-rounded student is astonishing considering the fact she is just sophomore. Despite a heavy work load of honors and AP classes, Kimmelshue manages to structure a life where she is able to have fun and learn all while volunteering and maintaining a stellar report card. The Talon sat down with the up and coming Christian Brothers’ student to discover what keeps her going.

New to her agenda is the Model United Nations club, where she is co-president with Katherine Spviselk (’18).

“I started a new club this year called Model United Nations and I’m really excited about it because I have an interest in International Relations, so that fits that field.”

“Fitting the field” is a goal Natalia seeks to fulfill each time she embarks on a new mission. She makes sure “the juice is worth the squeeze”, as she says, by committing herself to all sorts of tasks.

The common theme throughout her participation is that she is in the leadership positions of  her clubs. How does one handle the abundant amount of work you may ask? Natalia’s solution is simple: find the passion behind the work. 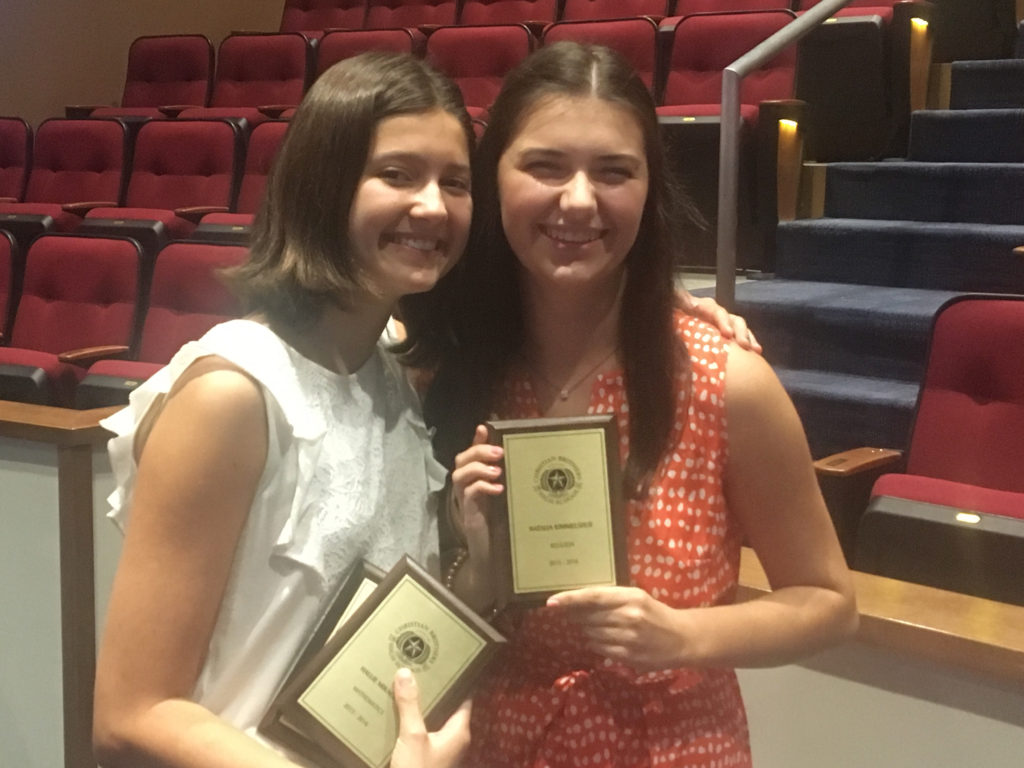 “It can be overwhelming, but I enjoy doing it because all of it allows me to explore things I normally would not.”

The Red Cross vice president added that she “has experiences that I would not normally have inside the classroom.”

“It’s fun to meet new people,” she added with a smile. “I have learned a lot of leadership skills, especially through student council.”

Despite spreading herself thin, Kimmelshue navigates by searching for what makes her motivated.

“I feel like that as much as I spread myself thin,” she noted. “I feel like it’s worth it because I am learning so much and it enhances my experiences.”

“She is obviously caring and driven, but for me there is a certain line I would have to draw because there is no chance I could maintain as many activities as that while getting decent grades.”

Outside of Natalia’s clubs and activities, she finds joy in sewing. 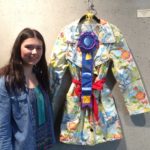 Natalia next to her first place jacket at the 2015 State Fair. The jacket is currently hanging in the Lobby of the Cunningham ’40 Performing Arts Center.

With a nonchalant tone, she dropped into the conversation that she has won first place awards at the State Fair.

“Sewing is relaxing, so I try to do it as often as I can. I have put my stuff into the State Fair and actually won a first place award, so that’s really cool,” Kimmelshue said with a giggle.

The impact of sewing on Natalia’s life is much more than just State Fair awards. Two years ago, Kimmelshue started a charity group called Stitches For A New Start. The group sews blankets so that they can be donated to resettling immigrants in the U.S. Since its inception, the group has raised $3,000 and hopes to increase its budget with generous donations.

For the future, Natalia hopes to attend a school on the East Coast like UPenn or Yale. For now, she is focused on making her time at Christian Brothers meaningful by trying all that interests her.