Yes, the news is true — Registrar Mrs. Jan Warren will be retiring from her thirteen year tenure here at Christian Brothers. Having recently turned 75, Mrs. Warren has lived quite a busy life. Her time as registrar is just a small part of her career in education. Born and raised in Fort Collins, Colorado […] 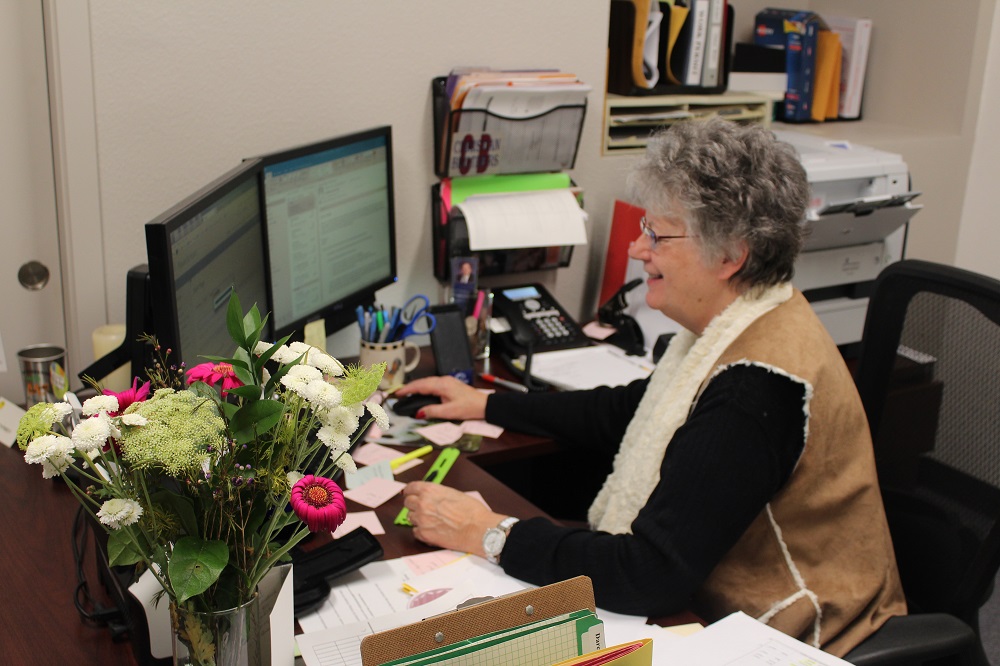 s, the news is true — Registrar Mrs. Jan Warren will be retiring from her thirteen year tenure here at Christian Brothers. Having recently turned 75, Mrs. Warren has lived quite a busy life. Her time as registrar is just a small part of her career in education.

Born and raised in Fort Collins, Colorado in 1942, Jan Warren lived in a small community. After graduating from Colorado State in 1964 with a degree in mathematics and teaching, Ms. Warren moved to Texas the following year to begin her teaching career. However, this tenure in Texas remained short and she promptly moved to Sacramento, California to teach for a few years until moving to Madera, California where she taught summer school. Ms. Warren returned to Sacramento in 1975 and has remained ever since.

Though she taught special ed upon her return to Sacramento, she eventually started an in home daycare program that would be her occupation for the next 18 years.

Even CB’s own IT worker, Mr. Jeremiah Sheckler, attended Ms. Warren’s daycare program and now works with her.

“It has been an absolute privilege working with Jan,” he said. “She was a big part of my formative years and has definitely played an important role in the person I am today.”

Mrs. Warren came in as a temporary replacement for the registrar who was on maternity leave. When Mrs. Warren’s predecessor elected not to return, she was offered the job permanently. When asked why she decided to stay, she said that “it all came down to the community and atmosphere.”

“I really like how Christian Brothers is a loving, Christian, and co-ed community. I mean what other school can you start every morning in communal prayer.”

As registrar, Mrs. Warren is in charge of taking care of student files. This ranges from creating and caring for files starting from admittance into the school before freshmen year all the way to mailing transcripts after graduation. Mrs. Warren works closely with Mr. David Desmond ’94, assistant principal and social studies instructor, on things ranging from PowerSchool to record changes.

“We work very closely professionally on anything that deals with PowerSchool. It’s an area where we rely heavily on each other in managing the student information system.”

Mr. Desmond not only has a close working relationship, but a close friendship.

“It makes me very sad that she is leaving. Not only are we losing an excellent registrar, but a dear friend of mine,” he says. “She is definitely has one of the warmest personalities I have seen and helped me greatly when I first came to this position.”

One of Mrs. Warren’s most cherished days is the very day she became a Mrs. On July 2, 1977 she married Mark Warren. Mr. Warren was the first class from Jesuit High School and was president here at Christian Brothers High School for eight years, where Mrs. Warren would eventually be hired under his administration.

The Warrens are famous for their morning backgammon ritual and extreme pleasure they take in starting every day with one of the oldest board games around.

“Backgammon is on the table at all times. We’ve been keeping weekly scores and wins in a notebook for over a decade now,” she said, “We have to start every morning with backgammon.”

Whereas the morning time is spent playing backgammon with Mr. Warren, the evening consists of long conversations with the hubby, knitting and crocheting, and falling asleep to crime television shows.

Mrs. Warren’s favorite hobbies are knitting and crocheting and has been doing it for many years. She participates in craft fairs with her daughter and has sewn and crocheted things such as boot cuffs, scarfs, and mittens. Her longest and most intricate crafts to make are amigurumi, Japanese stuffed toys. 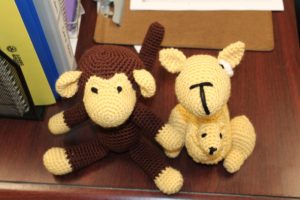 A monkey and kangaroo — with a baby that can leave the pouch — amigurumi made by Mrs. Warren.

Although Mrs. Warren is an only child, she has many kids and grandkids of her own, four of each to be exact. She became a mother in 1968 with her first child, Bryan, followed by Valerie the next year. Ten years later, Mrs. Warren would give birth to Nicole and followed by Megan three years later. She became a grandmother in 1998 and has four grandkids, Makenzie, Nathan, Garrett, and Kirsta.

The precise date in which Mrs. Warren will leave us to enjoy the pleasures of retirement is June 30.

“It’s time,” she says, “A number of years ago me and my husband promised I would retire by our 40th wedding anniversary, July 2nd, 2017. Retiring on June 30th also gives me the chance to get summer school rolling.”

Her plans for retirement are to spend the first few weeks relaxing and enjoying time off. Mrs. Warren plans to read, visit with friends, and of course, knit and crochet until she can’t see straight. Retiring will also give Mrs. Warren more time to spend with her husband.

“He makes me a better form of myself and is my true soul mate,” she says, “I can’t go anywhere without him.”

Mrs. Donna Adam has shared office space with Mrs. Warren for years and the two have become close friends over the years. While she admits that she will miss Mrs. Warren, she had many fond things to say about her time as colleagues.

When asked for a final comment about her time at CB, Mrs. Warren became quite emotional.