You’re scrolling through your playlists on Spotify and Apple Music, looking for the right songs to listen to for your early morning ride to school. You pass by the playlists that you listen to everyday, thinking to yourself, “These songs are good, but there has to be something better — something more.” Well, there’s some […] 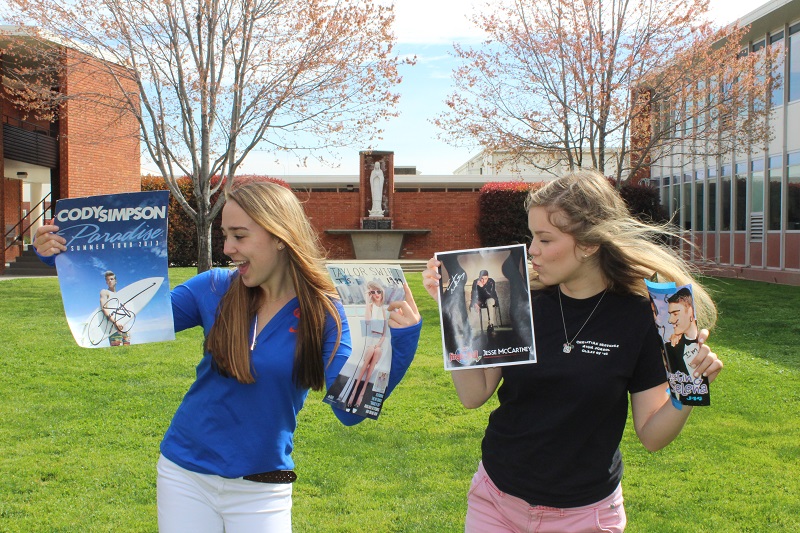 You’re scrolling through your playlists on Spotify and Apple Music, looking for the right songs to listen to for your early morning ride to school. You pass by the playlists that you listen to everyday, thinking to yourself, “These songs are good, but there has to be something better — something more.”

Well, there’s some news for you, and it consists of The Jonas Brothers, Jesse McCartney, and yes, of course, High School Musical — some of the names of the late ’90s and early 2000s musicians that our generation grew up jamming out to. The Talon decided to ask the CB community about their love for throwback jams and how often they listen to them.

The songs that bump in our cars as we roll into school aren’t always the top hits on today’s hottest radio stations. Claire Carlton (’17) reveals that she grooves to a little Hillary Duff every so often.

“I’m a really big fan of ‘So Yesterday’ [and] ‘Fly,’ [and] ‘Wake Up’ is obviously a classic. I was really into the Most Wanted and Dignity albums.”

Claire didn’t just admit to listening to Hillary Duff once in a while — she confessed that she still has posters in her room of her. She didn’t follow the most popular crowd by listening to The Jonas Brothers. Hillary Duff may not have been the most well-known artist of the early 2000s, but her popularity grew after her debut in the Lizzie McGuire show and (how can we forget?) A Cinderella Story.

Hillary Duff was a classic feel-good artist for Claire, but Hillary is no match compared to Jesse McCartney.

“Literally every song is amazing,” Claire gushes. “‘Beautiful Soul,’ ‘Leavin,’ ‘Body Language’ — the list goes on and on. It’s like listening to Hannah Montana every once in awhile…except ten times better.”

On the other hand, Rachel Obmann (’17) isn’t as big of a fan of Jesse McCartney as she is of Troy Bolton.

“I freakin’ love and adore those movies so much,” Rachel says of the High School Musical series. “My favorite song has to be from the second movie: ‘Everyday.’ I listen to it every day (no pun intended) on my way to school and to gym.”

Rachel’s love for High School Musical is stronger than her love for food. She has a certain glimmer in her eye when talking about her man, Zac Efron, on her favorite Disney Channel soundtrack. Rachel’s devotion to her throwback songs is something that takes as much commitment as her gymnastics career.

Rachel doesn’t just “Stick To The Status Quo” when it comes to song choices; she mixes it up a bit too.

The Talon is also a huge fan of the throwback songs, and we have some suggestions for you if maybe your throwbacks a little too stale.

Throwback jams provide a certain sense of security and comfort. They’re always reliable when you’re sick and tired of the same songs on repeat on the radio. They’re there to help you through the good times and bad; they’re there to take you back and enjoy the good memories. They give us the chance to forget our present stresses and relive our childhood years.