Drumming To His Own Beat

Sean Baker (’17) is no faker. He works hard to be a musician and a friend. He is more than just a shaggy blob of dirty blonde hair and he is more than just “seanthatdrummer”, the name he goes by on social media. He is a beloved brother, cherished band member, hardworking student, caring friend, […] 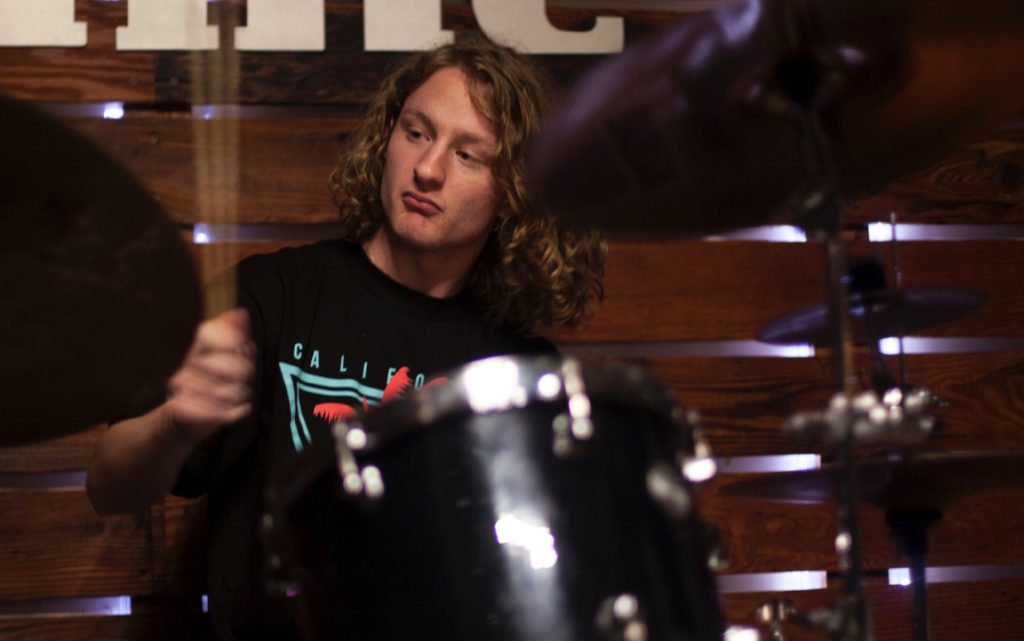 Sean Baker (’17) is no faker. He works hard to be a musician and a friend. He is more than just a shaggy blob of dirty blonde hair and he is more than just “seanthatdrummer”, the name he goes by on social media. He is a beloved brother, cherished band member, hardworking student, caring friend, and loyal Elk Grover. The Talon dove into the life of the drummer by talking with Sean as well as his buddy, Nick McHale (’17).

In Sean’s hunt for a high school, drumming was the deal breaker. Drumming prevailed over Track and Cross Country after he decided that a dual commitment was not going to work for his schedule.

“When the time came around to pick high schools, music and drumming played a major role in my decision,” said Sean. “I wanted my drumming to play a part in what I contributed to the school.”

He pursued his musical interests freshman year and dropped running.

“In middle school and a little during freshman year, I was doing track and cross country, but drumming is what I have always been the most into,” exclaimed Sean with joy. “I like to be active and drumming accomplishes that.”

What tied the knot for Sean was respected drumline leader Tommy Lipper ’14. The vibe Sean felt from the music department drew him in like a hungry shadow student to the donut holes.

“I got to shadow the leader drummer at the time [Tommy] and he was pretty laid back. All the band kids, especially him, were these super cool upperclassmen and I just found it so cool,” the drummer said. “I didn’t get the same vibe from other schools like I did at CB.”

Sean’s commitment to Christian Brothers proved fruitful after he persevered through unprecedented trials.

“Freshman year rolled around and I really wanted to be in the drum line, but I had to be in concert band because I had a scheduling conflict. And so I had to be patient, so I focused on jazz band,” he said. “But I missed the audition first semester because I had cross country practice, so I could not be in first semester, so I told myself that because I could not be in it, that I should do everything I can to help out.”

Eventually, Sean’s commitment to doing extra tasks paid off. He earned the coveted spot of drumline leader his sophomore year. Although he was not participating in a sport, he was doing something that he loved. Today this love is evident in his commitment to his new band Iscariot.

Today he dedicates himself to Iscariot as well as to friends like Nick. The kindness and dedication Sean shows towards his friends is something that his father ingrained in him at a young age.

“My dad has always taught me that even if you cannot make it into something, you can always try to do your best and try something,” iterated Sean. 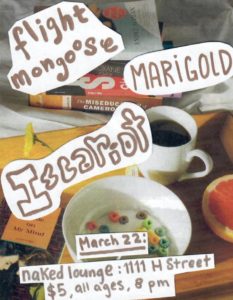 Iscariot’s next show is March 22 at Shine Café

As for Sean’s next life gig, it’s the University of Nevada, Reno.

“I auditioned and got accepted into the jazz major. I was so relieved because I was absolutely petrified,” said Sean. “Hopefully I can create a strong enough foundation to push off and make something of myself someday.”

Fortunately, Sean has friends like Nick McHale, who have supported him through the good and the bad. Upon reflection, Nick said Sean is one of the best friends he has had.

“He’s definitely one of the most dependable people I know,” Nick noted. “He is seriously such a true and loyal friend.”

The stories and memories that Nick and Sean have together will be remembered even as the show that is high school comes to a close. Nick shared a humorous story with the Talon about their shared desire for a book club.

“A great memory that I have is when we were in third grade and we both had the same Star Wars book and we thought it was the coolest thing ever so we decided to start a Star Wars book club.”

Although the pair did not have meetings, they did launch a strong relationship.

“We never had any meetings for the book because it was a difficult book to read,” remembered Nick.

As Sean prepares to join the Wolf Pack, one thing is certain — that is he will always drum to his own beat. With friends like Nick by his side, there is no doubt that Sean will achieve greatness.