Falcons Fly Off Before College

As most seniors are preparing to decide on their college for next year, Fernando Gil (’17) and Noah Wadhwani (’17) have made an unorthodox decision. The two decided to take part in a year-long exchange program in Saitama, Japan and Córdoba, Argentina, respectively. The two soon-to-be CB alumni are adventuring out of the U.S. to learn […] 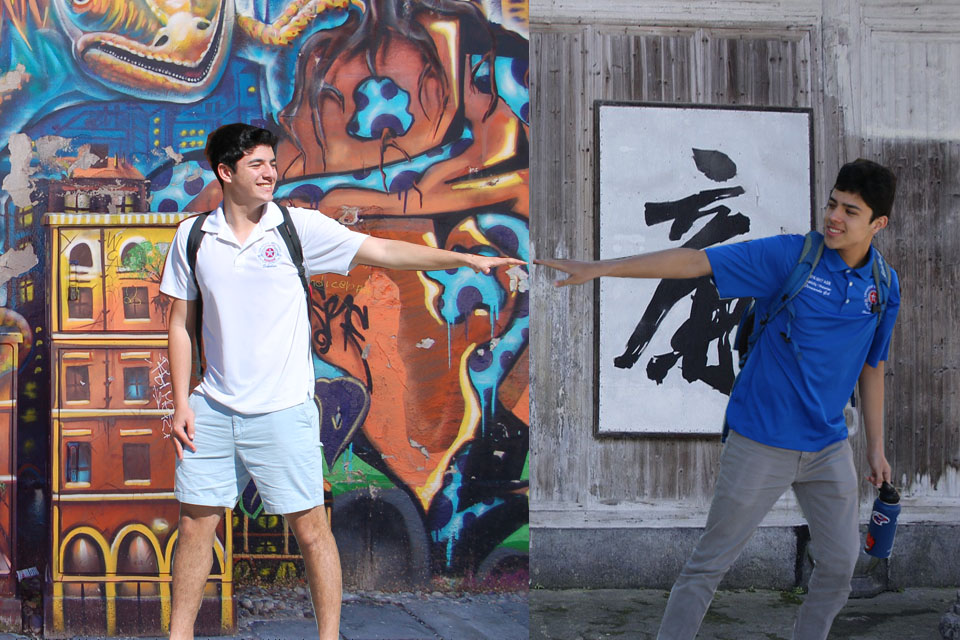 As most seniors are preparing to decide on their college for next year, Fernando Gil (’17) and Noah Wadhwani (’17) have made an unorthodox decision. The two decided to take part in a year-long exchange program in Saitama, Japan and Córdoba, Argentina, respectively. The two soon-to-be CB alumni are adventuring out of the U.S. to learn more about another country before they go off to college.

This upcoming fall, Fernando and Noah will be attending high school as a senior for the second year in a row. The two will be staying with a host family in their respective countries. Fernando and Noah informed the Talon that the process of getting into the program, which is sponsored by the Rotary Exchange, is a lot like getting into college. There is an application that includes an essay, a high school transcript, and an interview process. The interview process is where you give your top five choices of countries. Noah ranked his countries: Argentina, Spain, Germany, Belgium, and Chile.

“I really only wanted to go to Japan, so when it came time to choose my top picks, I said Japan and then I looked at the map and chose four other random countries,” Fernando humorously admitted.

Although I found this funny, I also thought it was rather odd on the program’s part. I feel that if you are going to be going to a different country for a year, you should choose one that you have some sort familiarity with.

Noah agrees that knowing some of the language before hand is helpful. 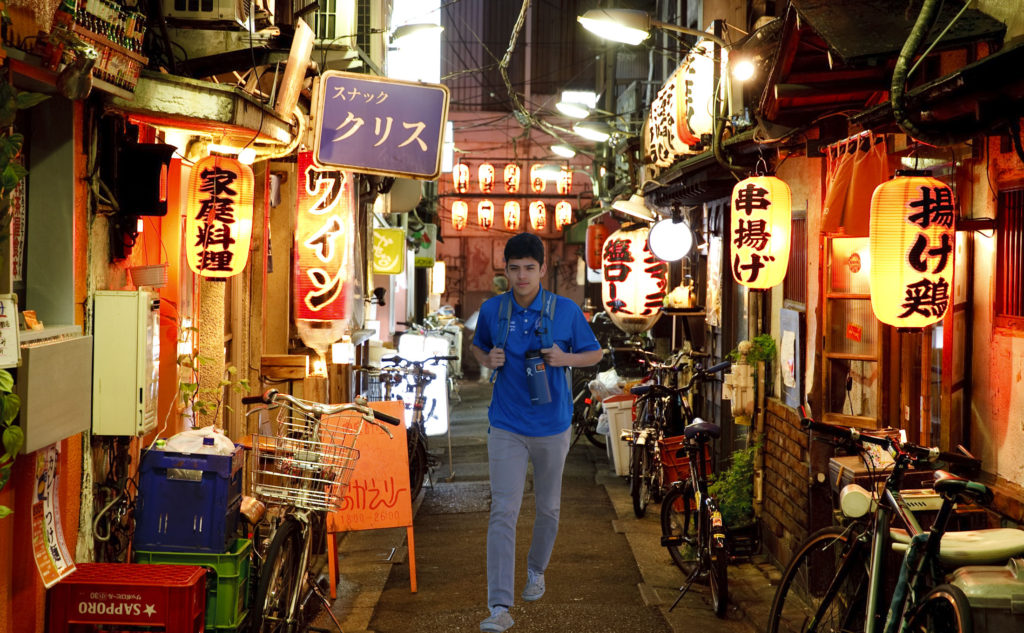 Fernando dreams of exploring the stores of Saitama, Japan.

“I’ve been taking Spanish for four years; it’s not like I’ve taken French or German,” he said. “Having four years of language is a real confidence booster for me.”

Noah has had the advantage of traveling in Europe and even lived in Denmark for a semester during his freshman year, so having three of his top five countries located in Europe makes sense. On the opposite side, Fernando has not ventured to many other countries. However, Fernando has been practicing the Japanese language for eight years now and has been there twice before.

“I have a lot of contacts in Japan already,” he said. “I can definitely hold conversations and I know how to read really well, so I felt I was most prepared [for] and intrigued by Japan.”

Luckily, Fernando did get accepted to go to Japan rather than be selected to go to a random country. If a student is thinking about doing this program, I would not recommend choosing a few random countries as your back up, just in case. 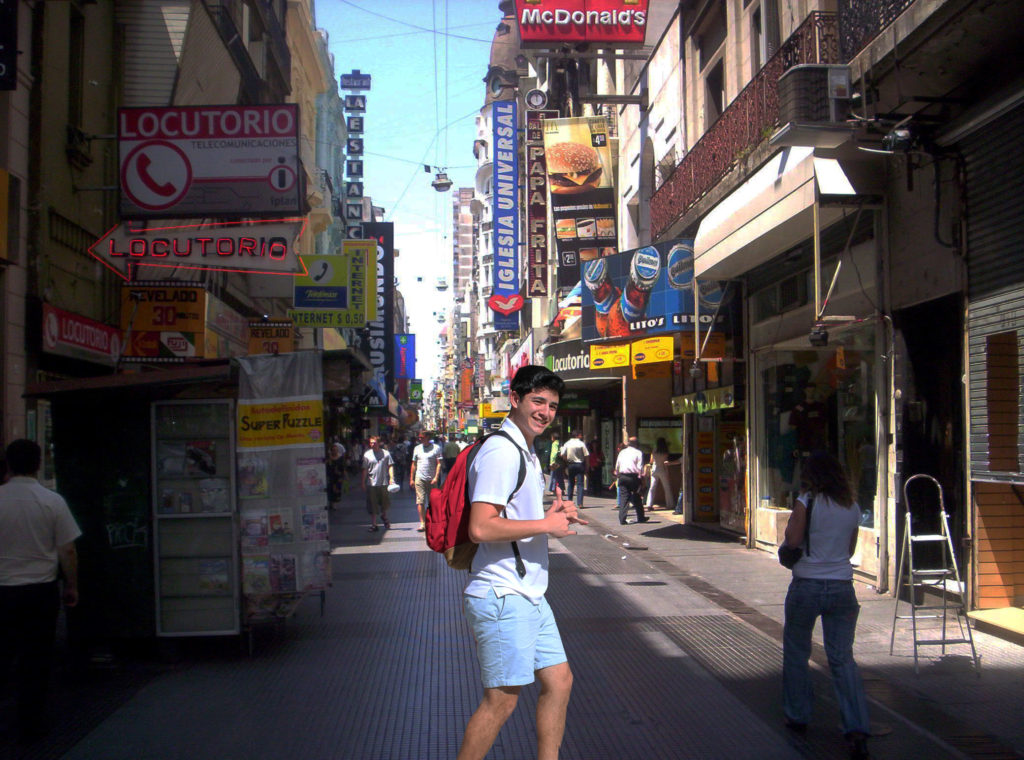 Noah is excited for the exotic meals offered in the streets of Argentina.

“I couldn’t see myself doing anything else but traveling abroad,” Noah says. “I have had the privilege to travel around Europe, but I haven’t really been able to venture down south.”

And when it comes to actually going to college, the two have it all planned out. Noah and Fernando are applying to college just like all their fellow seniors. However, they’re looking for a school that will not only accept them but also defer their acceptances for one year. Neither of them have heard back from all their colleges yet, so they could not give their college of choice.

From a soon-to-be college student’s perspective, I think this program would give anyone an advantage. You are creating new connections and gaining experience with a completely different culture. You are learning to manage other types of people. I’m sure if a hiring manager saw this on a resumé, the person would be hired for sure.

Not only does this program give you an advantage in life, but it is extremely affordable. Fernando tells the Talon that his whole trip will cost less than half of a year’s tuition at CB. His trip will cost $5,000, and the program will also give Fernando and Noah $150 a month. Also, Fernando says that he will be applying for as many scholarships as possible. He and Noah have one whole year to apply for scholarships and could potentially go to college for free.

Although this program has many pluses, the two fear being put into a new country all by themselves. They will be leaving their family, friends, and American culture behind them. Fernando takes a good viewpoint on it as he compares it to the transition of going to college. The only thing that is different is he won’t be able to visit during vacation. Noah says he is optimistic about the new experience.

“I am definitely more excited than nervous,” he comments.

Noah and Fernando have a bright future ahead of them, whether it is here in America, on the beaches of Argentina, or on the busy streets of Japan. The two young men are excited for their near future and hope that they experience an abundance of new things in their new homes. Five months from now, the soon-to-be CB graduates will be emerging into a foreign experience of a lifetime.