You are here: Home \ Community \ Featured Posts \ Sure, Why Not?
Community
0

As senior year draws to a close, many students worry about the activities and events they may have missed out on over their years at CB. Whether it is trying out for a new sport, auditioning for the play, or participating in Open Mic Night for the first time, many seniors make the most of […] 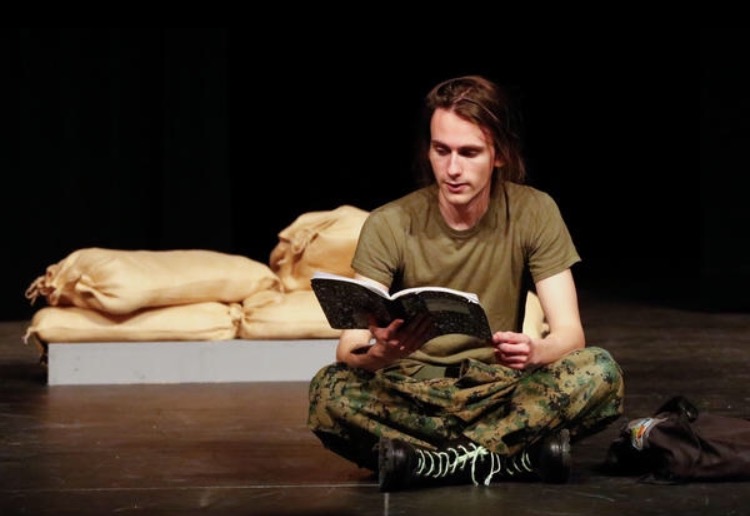 As senior year draws to a close, many students worry about the activities and events they may have missed out on over their years at CB. Whether it is trying out for a new sport, auditioning for the play, or participating in Open Mic Night for the first time, many seniors make the most of their last semester by trying something new.

Many seniors often want to test the waters with a new sport, but are concerned about not having the experience to compete at the same level as their peers. Jalen Suwa (’17) decided to take a leap of faith and tryout for the Men’s Volleyball team despite having never played before. For Jalen, the decision to tryout was easy.

“I wanted to play a sport in the spring and I was definitely inspired by the senior volleyball girls and all of the fun and success they had during their season.” Jalen said, “I just wish I would’ve started playing earlier because there is a family vibe on the team that I wish I was a part of earlier.”

Some seniors have a different approach to make the most of their last semester. Instead of athletics, many turn to the theater for the first time and audition for the spring musical. Nick McHale (’17), an actor in One Acts, decided to take his acting a step further and audition for the musical, Sweet Charity.

“I’ve thought about auditioning before, but couldn’t in the past because of my long hair,” Nick admitted. “My brother was in the play during his senior year and I figured it would be kind of a cool thing to do.”

Along with his brother, Nick’s decision to audition was inspired by CB’s own theater legend, Ian Ferrell (’17).

“He’s always been a shining star and he lead me in One Acts last year and directed me this year,” Nick said. “He’s a very supportive guy and a great actor, too. Just the fact that he’s doing [the musical] inspired me to do it too.”

While Nick decided to audition for the musical, many other seniors want their share of the spotlight as well.

One of the most anticipated events for seniors is their last Open Mic Night which is often emotional and full of new performers. It is an evening where seniors display their hidden talents one last time before the year ends. For Fernando Gil (’17), senior Open Mic has been something he has been preparing for all four years of high school.

“I’ve always wanted to do Open Mic Night, but it wasn’t until freshman year that I was going to start to learn an instrument,” Fernando said. “I learned guitar with Joseph Nazareno (’17) and my favorite song is ‘Wish You Were Here’ by Pink Floyd, and [Joseph] asked me if I wanted to perform it with him at the last Open Mic Night so I can implement my newfound skill into something cool.”

Fernando has been to almost every show, yet the last one will definitely be one he will never forget.

The fear of missing out really kicks in at the end of senior year as many students do not want to have any regrets after they leave CB. If you are a senior who is contemplating trying something new for the first time, go for it! The opportunities are vast, but will go away as graduation approaches. Make the most of the time left and muster up the courage to try something you’ve always wanted to do.