The majority of international students decided at a very young age that they wanted to study in the U.S., and the journey of furthering their education here is challenging and requires dedication. They knew that taking this leap of hope for success would mean separation from not only their families, but also from their cultures. According […] 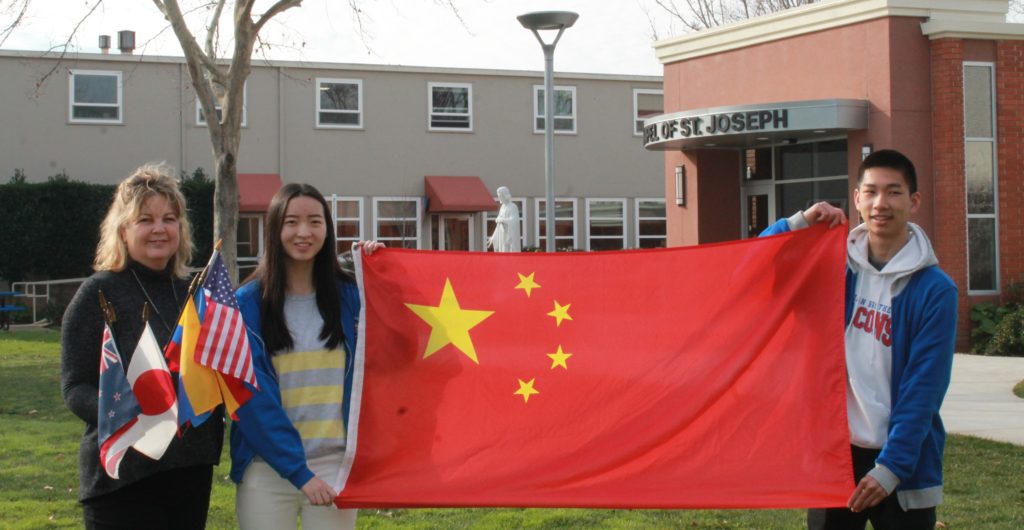 The majority of international students decided at a very young age that they wanted to study in the U.S., and the journey of furthering their education here is challenging and requires dedication. They knew that taking this leap of hope for success would mean separation from not only their families, but also from their cultures.

According to International Studies Program Director Ms. Patti Gallagher, students that come from China come from a very different culture than that of the United Sates. In China, it is not encouraged or accustomed for kids to become involved in school activities or extracurricular events, so coming to a place where being involved is highly encouraged and accepted is life-changing to these students.

Ms. Gallagher believes that international students are incredibly courageous because of the will and desire they have to take risks of indulging themselves into the unknown and not letting the fear of failure keep them from pursuing their dreams and goals.

These students decided to continue their college education here in the United Sates and are excited for the new opportunities it has to offer. Mars Dai (’17) does not necessarily think that by coming to the U.S. he will have a better future, but rather his reason for coming to the U.S. is to have new experiences. Mars argues that he is not in the U.S. for a better education because people can become successful in China too. In fact, he believes that anyone can become successful anywhere in this world, just as long as the individual works hard.

“The American dream is not only for America now; it’s for the world,” he said.

Wendy Song (’17) came to the U.S. so it would serve as an easier transition from her home country. She says that the whole point of her attending high school here is so that she would be able attend college in the U.S. Both students shared that they have applied to all UC schools in California and have an idea of what they would like to study. Wendy hopes to get accepted into UCLA and plans on studying mathematics; Mars hopes to get into UC Berkeley and plans on studying Psychology. 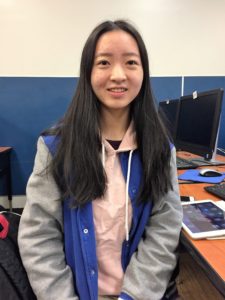 Surprisingly, there aren’t many differences or steps that international students have to take during their college process. According to College Counselor Ms. Melissa McClellan, the biggest difference for them is financial aid. Most U.S. citizens fill out the FAFSA when applying for federal student aid, and since international students are not citizens of the U.S., they cannot fill out this application nor receive any kind of student loans from the federal government.

Before attempting to pursue their education in another country, the student’s family must prove that they are able to afford their child’s high school and college education without government support. Not being able to receive financial aid is definitely a major downside, but despite this obstacle, these students are still allowed to apply for scholarships of their choosing.

The other difference of their college process is taking the TOEFL language exam. Mars explained that the test consists of four sections: reading, writing, listening, and speaking. This test determines how well a student speaks and understands the English language. According to him, the score that an international student must obtain in order to pass for average colleges is 80 out 120 total points, and the score required for more prestigious colleges/universities varies from 90-100.

These students must also take either the SAT or ACT. Wendy decided on taking the ACT rather than the SAT, and Mars took both tests. Both agreed that the English portion was the hardest and most challenging part for them.

“The math portion is pretty simple for us, I think, but the English part is a disaster — oh my god,” he said stressfully. He states that because English is not their first language, it is much harder for foreign exchange students to ace the grammar portion.

He explains that in China, they do not have grammar schools — and if they do, it’s in Chinese. Despite these challenges, he recommends future foreign exchange students to take the SAT rather than the ACT; since the math sections makes up half of the test, it gives them a bigger opportunity to demonstrate their strength while the ACT only offers one-fourth math.

The question of whether or not these students feel as though it is fair for them to be taking these extra steps because of their race still lingers, but Mars was able to put this question to rest. He says it is fair for international students to have more tasks to complete because he believes it is the way a student can prove their ability to learn.

“Studying language is the first step to studying in the United States or any foreign country,” he said.

The next step, and probably one of the most important steps that all students need to decide on, is their goals for the future. Like most students, Wendy is unsure and indecisive of what she wants her future to be like, and that is totally understandable and reasonable — after all, there’s plenty of time and no need to rush. 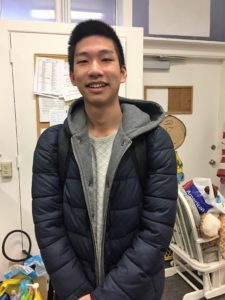 She did mention, though, that she would like to go in the direction of math and science. Mars’ goal is more than superficial achievements — his aim is to gain new experiences, expand his horizons, and maintain an open mind. His objective is to become a better person, and he intends to do so by going on adventures and learning from different cultures and focusing on their beliefs and way of life.

Believing in dreams and staying true to them can be hard enough, so what happens when the pressure of family expectation is added to the equation? According to Ms. Gallagher, some of the past international students have experienced the unfortunate feeling of not having enough free will to chase their dreams and to do and study what they believe is right for them.

Fortunately for Mars and Wendy, they’re able to go after what they want without having to feel guilty or ashamed for going against their family’s will. Wendy’s family allows her to make her own decisions and supports the choices she makes; they’re confident that she will keep up with her responsibilities. Mars explains that his parents do not force him into anything he doesn’t want to do, and, like Wendy’s family, his family also respects and trusts that he will dedicate himself to his studies and keep his priorities in check. Both families maintain a positive and happy influence on both students.

The range of emotions that all students feel toward embarking on their college journey is endless and varies from easygoing days to challenging days. Wendy shares that education in the U.S. is harder for foreign exchange students because more responsibility and independence is forced upon them, since they cannot rely on anyone else but themselves.

Other than that, Wendy is happy and excited to begin her new life as a college student, but says that she will miss her family immensely. Mars is stressed because of the long essays, exams, and grades. However, he feels that CB has been a great support system, which played a major role in his academic success.