Once an icon, now an anachronism. In the past few years, class rings have significantly diminished in terms of importance and rites of passage. Now students focus more upon the digital Senior Video rather than the tangible piece of jewelry to remember their four years at Christian Brothers. The Talon spoke with students who […] 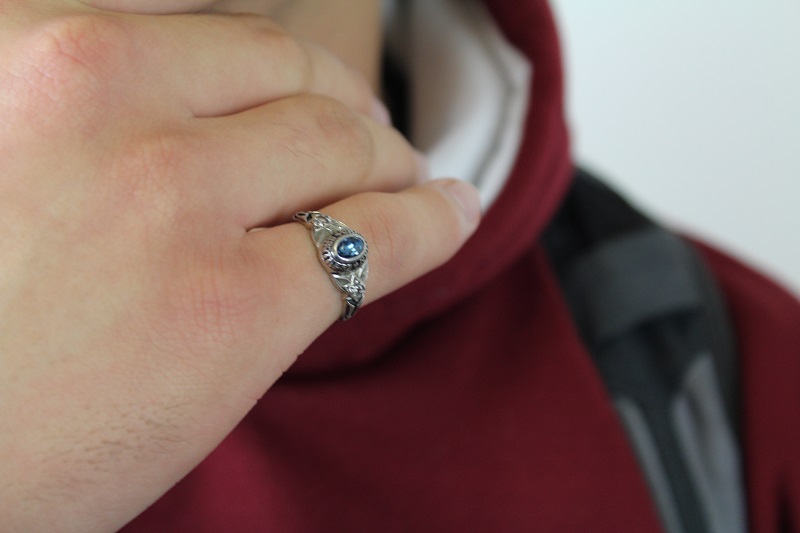 Once an icon, now an anachronism. In the past few years, class rings have significantly diminished in terms of importance and rites of passage. Now students focus more upon the digital Senior Video rather than the tangible piece of jewelry to remember their four years at Christian Brothers. The Talon spoke with students who have either purchased class rings or did not buy one to discover the enigma behind the dwindling tradition.

Dave Del Rosario (’17) purchased a ring last year as a way to signify the high school memories. However, in spite of the dainty size of the ring, the decision weighs heavy.

“I wanted something to represent the memories, but now I kinda of regret it because I do not really wear it that often,” said Dave. “It’s kind of a waste of money to me.”

The commitment to buying a ring and the style of the rings are what the Talon found that dissuaded people.

Eden Kolb (’17) was deterred by the lackluster designs.

“Just this year I have learned that there are cuter styles than I thought,” Eden said with disappointment. “Well of course now, as a senior, I would probably get one now because I’m thinking more about graduation and missing people and stuff like that…but I didn’t get one because I did not really care that much junior year and I do not normally wear rings.”

Eden’s reluctance to purchase a ring might have saved her some cash, but it did not save her the feelings of regret.

Mr. Julian Elorduy’s ’03 feelings leave no room for regret as he was confident in his decision to save his moolah.

“Buying a ring didn’t seem reasonable to me when I was in high school because it cost so much,” reflected the religion teacher.

In an effort for practicality, Makena said that “even if I had bought one, I would not wear it a lot because I play sports and it would get in the way”.

Class rings are known to be clunky and are practically heavy enough to be paper weights. But what has become seemingly more popular is that the class rings are family heirlooms. Take Selena Connell (’17) for example, who inherited her grandmother’s ring.

“I inherited my grandmother’s ring, which has a much more significant meaning to me than a class ring would have,” she stated.

The classic jewelry is not only a reminder to Selena of her grandmother, but it’s a reminder to her of the time period during which she was gifted it.

Class rings may no longer be the hot bling on the street, but they do still hold special places in the hearts of a few.