CB defines itself as “the place to be”. But with the new year in full swing, some of our CB students have strong opinions on trends that have no place on our campus in 2017. — It’s 9:35 AM and your teacher is in the middle of a long, intense lecture when you hear the […] 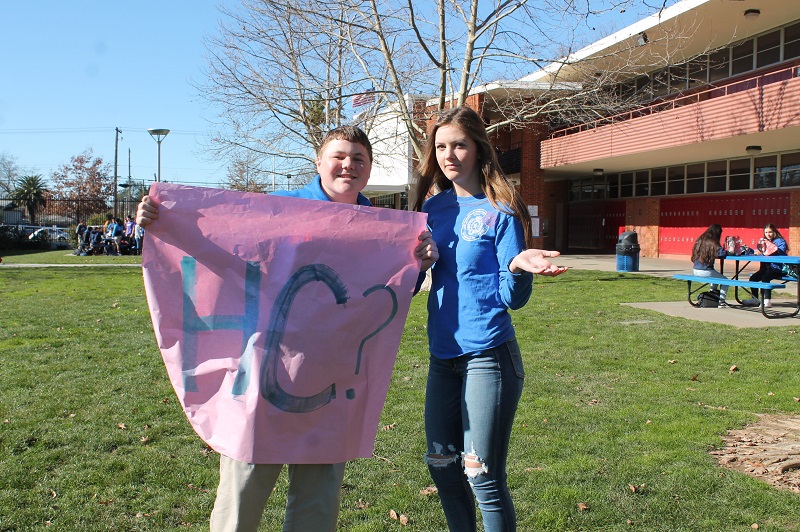 CB defines itself as “the place to be”. But with the new year in full swing, some of our CB students have strong opinions on trends that have no place on our campus in 2017.

It’s 9:35 AM and your teacher is in the middle of a long, intense lecture when you hear the catchy KBFT song come on, saving you from complete boredom. After a few minutes, KBFT still isn’t playing and your teacher is getting impatient about how he could be lecturing right now when two anchors finally do appear, but the audio is muffled and delayed so looks like your teacher lucked out and he or she returns to lecturing!

Jules Fuhs (’18), a former KBFT member, and Mary Enos (’18), currently a part of KBFT crew, both share their frustration at the seemingly endless KBFT sound problems. As Jules is now in a classroom watching KBFT this semester, she feels as though people “don’t take its as seriously anymore.” She is aware of how much work goes behind on the scenes and is upset that the viewers don’t have the same respect for the show.

Mary expresses her frustration that students “assume we are going to have a show and don’t even pay attention.”

They are hopeful that this trend will end in 2017 and ask that the viewers stay patient as the KBFT crew tries their best.

Each new freshman class brings a new set of talents and personalities, but these good things are not enough to overshadow the repulsive freshmen PDA. Mia Nieves (’18) and Hailey Green (’18) have witnessed this monstrosity.

Mia has seen freshmen PDA three times this year and two of the times have been the same couple. She is shocked that freshmen don’t have the decency to take their little love fest to a private part of campus as they show affection “in the middle of the school for all to see,” making her extremely uncomfortable.

Not only is freshmen PDA disgusting, but also problematic. Hailey had trouble getting through the hallways because the students “were clinging to each other so hard,” ultimately blocking a public walk way. She sees it as extremely unnecessary because they will see each other in less than an hour, yet the girl is acting like she is sending her boyfriend off to war.

Both Mia and Hailey are disgusted and upset with freshmen PDA as school is neither the place nor time to be romantic and pray that they will never have to witness anymore clinging or smashing faces of freshmen this year.

Are joggers sweats or pants? This is a question that was left unanswered in 2016, but thank goodness we have Elise Ledesma (’19) to put an end to our contemplation. 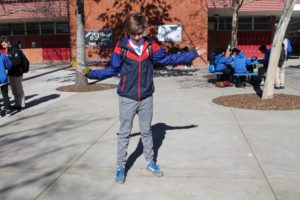 This freshmen loves showing off his joggers at lunch.

As she has witnessed this style worn by many CB students, Elise “does not understand why people can’t just wear normal cut pants because joggers just aren’t presentable.”

Due to the scrunching at the bottom of the pant, she believes they are without a doubt sweats and should be worn accordingly.

As if joggers aren’t bad enough on their own, Elise thinks the worst combo is with a polo and moccasins.

As horrendous as that combo sounds, she feels that some celebrities can pull it off and she thinks that if guys insist on wearing them, they should at least learn how to style them better.

Elise would love this trend to stop making appearances this year due to the lounging aspect of the pants, and believes that regular cut pants are the way to go.

Poster. Flowers. Food. Photo Op. This is what a typical homecoming proposal looks like for the CB students. Somehow a simple “Will you go to homecoming with me?” doesn’t seem sufficient enough to get a date and boys have to go to extreme measures to get the girl.

Daniel Ledesma (’18) believes this trend started to “flex on everyone,” whether it’s on social media or in front of the whole school. He sees it as a waste of time and money and if there wasn’t added pressure for guys to have to woo their date, he would just simply ask.

Daniel is upset because Zocalo was the only restaurant that could serve his large homecoming group and he had to drop an outrageous $70 on dinner. To add on, his date only had two tacos! He questions the extravagant proposals.

“If I’m going to put $70 into dinner, should I really have to put that much time and effort into asking her?”

Daniel’s homecoming experience is a perfect example why huge proposals should end in 2017. Somehow the seven words to getting a date are forgotten, but maybe boys have learned their lesson and will simply walk up to a girl and ask them.

With the new year there is no better time to experiment with new trends and ideas. Diversity is what CB prides themselves on, so don’t be afraid to be different and stand out from the blue and white crowd.