“B, B, B-R-O-T-H, H, H-E-R-S, B-R-O-T-H-E-R-S, GOOOOO BROTHERS!” The crowd works itself into a frenzy as the last seconds tick down. A final free throw goes up. Bouncing back and forth inside the rim, the ball falls through the basket as the buzzer rings. Wave after wave of blue-clad fans rush onto the court with […] 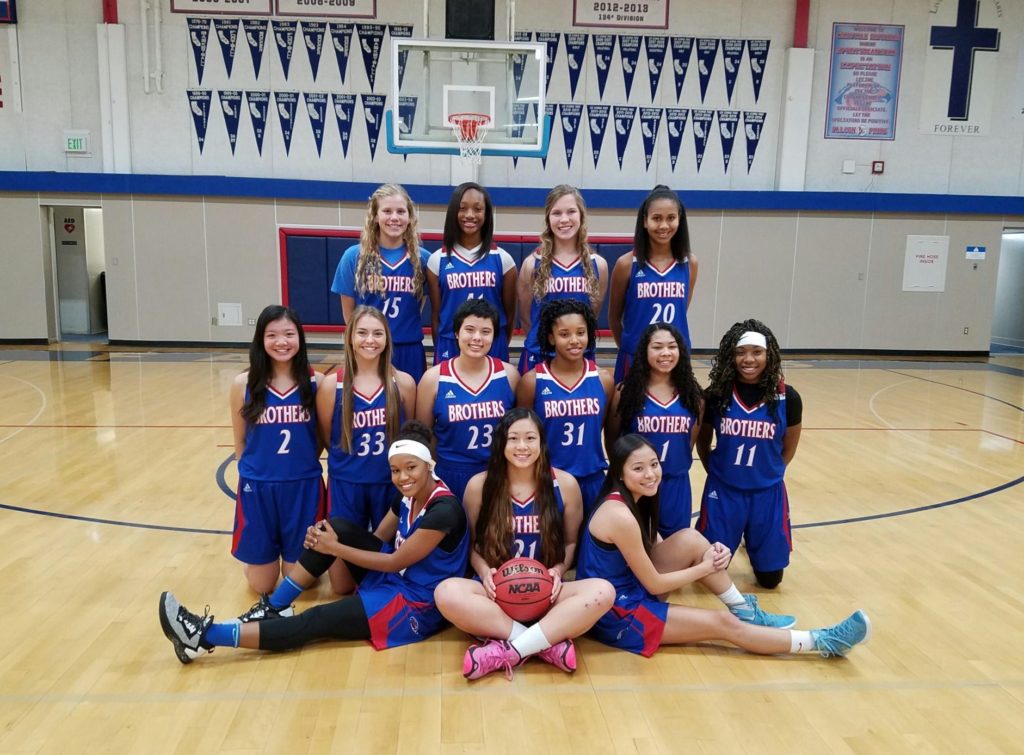 The crowd works itself into a frenzy as the last seconds tick down. A final free throw goes up. Bouncing back and forth inside the rim, the ball falls through the basket as the buzzer rings. Wave after wave of blue-clad fans rush onto the court with wild cheers, and the Women’s Varsity basketball squad is euphoric.

A year later, the Lady Falcons are looking to recreate that memorable moment. After a nail-biting game, the team prevailed at Holy Hoops 2016 with a 52-47 victory. The Talon talked to the three co-captains to get an inside look at the team’s mindset ahead of this year’s big rivalry game.

But besides the extra energy, does the team do anything differently when preparing for such a big game? 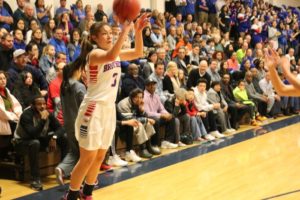 Kalani Mark (’17) starts by explaining what standard basketball practices look like for the varsity squad.

“We condition, do a lot of running, shooting. We run over plays a lot, and we do a lot of scrimmaging.”

“[During the week before Holy Hoops], we usually go harder on the running… just to get that little extra push,” Kalani continues. “We run plays a little more thoroughly, but in the sense of changing what we do, we usually do the same things.”

“We’ve been practicing every single day,” Jessica adds. “We’ve had a tough preseason. We’ve been playing against really hard teams to prepare for this game, and I think we’re ready.”

The three co-captains have all been on the basketball team since their freshman year, and they all have special memories of Holy Hoops past.

“My freshman year, I was on JV,” Jessica reminisces. “It was a really close game and we came back, so that was really exciting…Last year was also really exciting because we won, and it was at home so that’s always fun.” 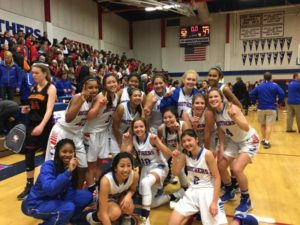 “My freshman year, we won after going into overtime. [And then junior year, I remember] the crowd storming the court and surrounding the team with like, crazed excitement and cheers and congrats.”

The girls all believe that this year will be a repeat of those treasured memories.

“We all want to win, so our goal is to all play together,” Jessica remarks. “We’re all one family, and if we work together, I think we can win.”

No matter how competitive these girls are, they’re still CB students through and through. When asked what they would say to St. Francis before the game, Kalani and Ahlayjah didn’t have the expected rude retorts.

“Yeah, bring us your best game. Give us a good game.”